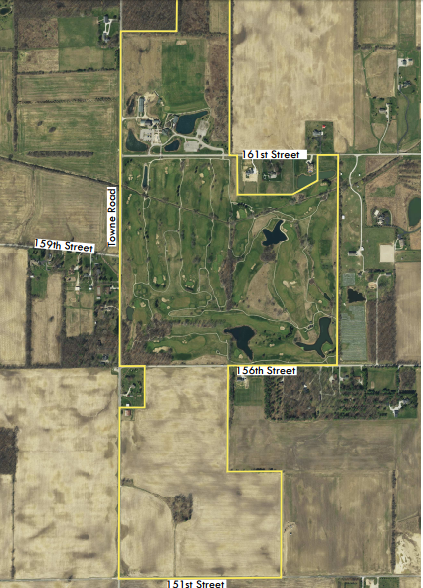 The Westchester development will include up to 340 homes, priced at approximately $450,000, to be built in the southwest quadrant of Westfield. (Submitted image)

Although an unadvertised meeting prior to the approval of a Westchester planned unit development raised concerns, the meeting was legal, according to city attorney Brian Zaiger.

The meeting was legal, Zaiger said,  because it was not organized by the city council majority,  and only two council members attended. He said the meeting was for councilors to receive input from their constituents.

Neighbors also attended the meeting to learn more about the proposal and offer suggestions.

Council member Joe Edwards became upset when he learned of the meeting, saying he believed meetings should be held in public. Leah Severson,  who lives on one the four properties bordering the new development, felt the same way.

“I did not know of this meeting nor was I invited to this meeting,” Severson said. “I didn’t find out about it until it was over. This might be a great development, but it was rushed through in such a bizarre way that I have no idea. I don’t understand why all the last-minute rush-rush, or why the secret meeting.”

Severson said she spoke about the development at Advisory Plan Commission public hearings and has attended neighborhood meetings in the past. She said, as far as she knows, three of the four homeowners bordering the property were not invited to the meeting.

Matt Cohoat, one of the managing partners at Cohoat and O’Neal which operates the golf course, said the meeting was meant to improve the development.

Cohoat and O’Neal are under contract to close on purchasing the golf course, backed by an investment group, in connection with the development. If the golf course were to stop operating, the City of Westfield and Westfield Washington Township both have first option to buy the course for $2.5 million.

“If the golf course was not to be operated as a golf course, then they automatically have the option to buy it at a discounted price to keep it operating as a golf course in perpetuity,” Cohoat said. “The long-term future of (Wood Wind Golf Course) is in the (hands of) the city and township.”

Cohoat said it is possible the development will break ground this summer. The golf course will remain open to the public. The average price of Westchester homes is estimated to be approximately $450,000.

Kristen Burkman and Bruce Van Natta, two neighbors who have spoken out against Wood Wind developments in the past, issued a statement regarding Westchester’s approval.

“It became apparent that the current operators of Wood Wind Golf Course would be closing the golf course due to financial circumstances if the Westchester PUD failed,” the statement said. “At this point, the golf course operator, developer and neighbors were asked to come to a meeting with representatives from the City Council to see if common ground could be reached to keep the golf course open and have responsible development to support the community and schools.

“The intent of the Woodwind meeting was to allow the developer, golf course representative and leaders of the neighborhood group to sit down and have a conversation to see if there was any common ground. There were no plans beyond that.

“Leaders of the neighborhood group, who were invited, came to present their concerns and make those concerns heard and understood. No one at that meeting made any deals, promised any votes or spoke in favor of the new commitments for any group.

“On Sunday, the members of the neighborhood group emailed their members the list of new commitments and asked each person to make up their own mind and contact the City Council with their thoughts. Also, each of the residents contiguous to and most affected personally by this was contacted by phone.

“There was no intent to exclude anyone, no promises or votes. Just some people with good intentions coming to talk and see if they could find common ground.”