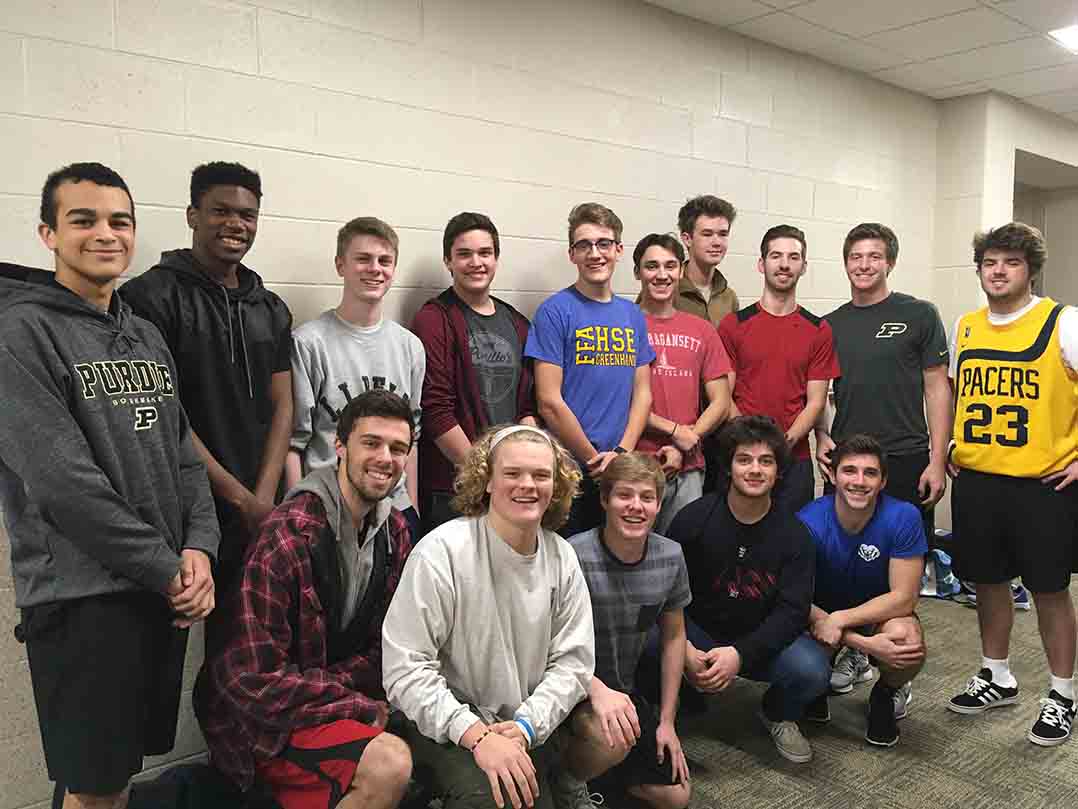 As a Hamilton Southeastern High School running back, Jackson Sweeney had some nifty moves on the football field.

On the dance floor, he’s not so sure.

Sweeney is one of 17 contestants in the Mr. Royal talent show contest for HSE senior boys. The show is set for 7 p.m. Jan. 25 at HSE’s Leonard Auditorium.

“It’s going to be a little nerve-racking,” said Sweeney, who also competes in track and field. “I’m not a good dancer, but we’ll see.”

The theme is “Movie Night,” so contestants will dress as a movie icon. There will be an interview, talent portion and group dance number.

Sweeney got interested in participating after working on the show as a junior as a National Honor Society member.

Nicholas Epperson has been interested since his freshman year.

“I’ve gone to all three shows, so I’ve been a huge fan of Mr. Royal,” said Epperson, a choir member.

Epperson said it will be good to interact with other contestants, who come from a variety of activities.

“I’m just trying to have a lot of fun my senior year before I go off to college,” he said.

“All my friends did it last year and I knew it was something I wanted to take part in,” Brazelton said. “It’s something I’ve looked forward to all year.”

Performing is nothing new to Brazelton, who also is involved with musical theater, drama club and choir.

Although most contestants keep it as a surprise to the audience who they will portray, Brazelton said he will be Austin Powers, the character Mike Myers portrayed in a trio of movies.

“I love the ‘Austin Powers’ movies, and I thought it would be funny to do him,” Brazelton said.

Joe Keller, who played football for four years and competed in track for his first three seasons, knew about Mr. Royal but had never seen the show.

Tickets are $8 and are available at HSE during lunch hour.