You are at:Home»Current in Carmel»Carmel Community»Butterfly author, photographer to speak at Zion Nature Center

Although winter is just ahead, the Zion Nature Center has butterflies in mind. 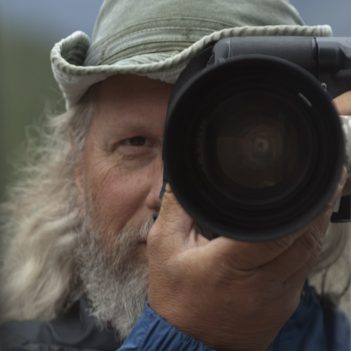 Author and photographer Jay Cossey will discuss his book, “Familiar Butterflies of Indiana,” at 2 p.m. Dec. 2 at the nature center, 690 Beech St.

“I brought him in because the book itself is really nice,” said Mindy Murdock, nature center manager. “It shows not only the butterflies but a lot of what the caterpillar looks like. It’s a one-stop field guide for someone that is really interested in butterflies or which ones are coming to their flowers in their garden.”

Cossey likes to say he’s been nominated as an honorary Hoosier even though he lives in Canada.

“My best friends live in Indiana, so I’ve spent a lot of time in your beautiful state,” Cossey stated in an email.  “I’ve taken thousands of photographs in Indiana, mostly in Indianapolis and in the rolling hills of Martin County. My first exposure to Indiana comes from Gene Stratton-Porter. She was one of my heroes when I was growing up, thanks to my dad’s copy of ‘Moths of the Limberlost,’ which became one of my favorite books.”

The discussion will feature butterflies native to Indiana.

“My main focus will be butterflies, but I’ll also include some beautiful moths and rarely seen insects,” Cossey said. “I’ll also touch on my own background, working as co-leader of the BIObus expedition project at the University of Guelph, near Toronto.”

“It’s hard to estimate how many we need, so we are asking people to pre-order it through ZNC,” Murdock said. “It’s a great opportunity if people know anyone that is a nature enthusiast or just loves butterflies or gardening for them for a holiday gift.”

Guests should reserve a seat in advance by emailing naturecenter@zionsville-in.gov.