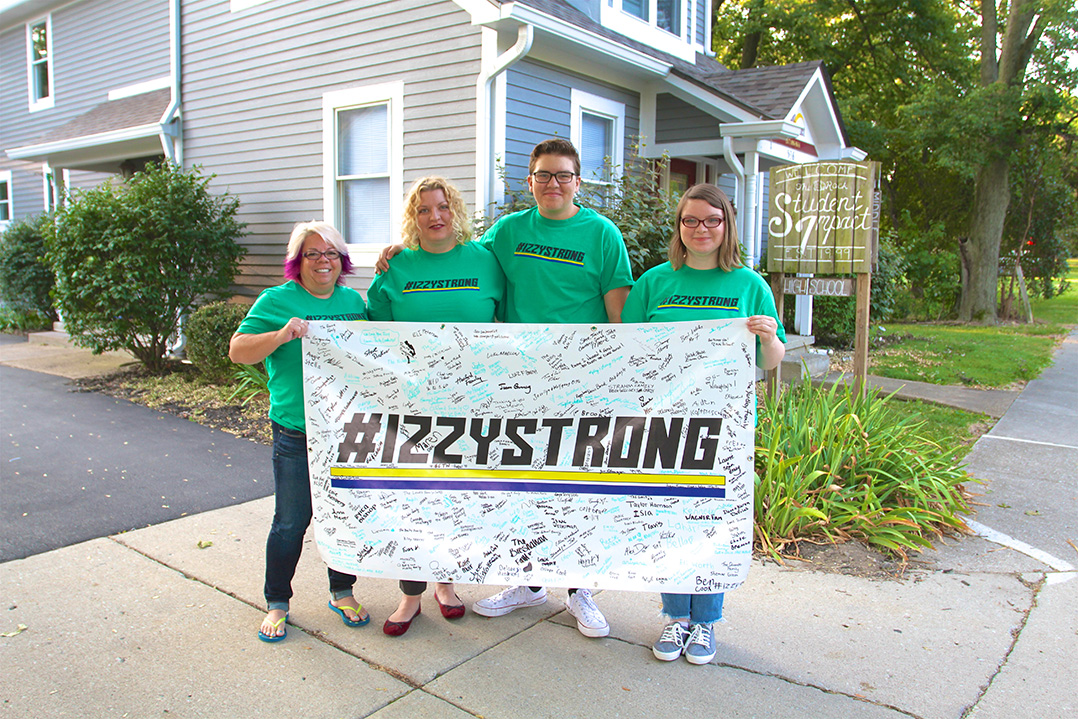 Following the tragic death of their father seven months ago, siblings Josie and Tyler Jeffries are doing their part to help someone else heal.

The person they are helping is friend and former classmate Izzy Clouse, whose mother Amy, a dispatcher for Boone County, died unexectedely last month. Two years earlier, Clouse lost her father to cancer. Scott was a detective with the Westfield Police Dept.

Josie and Tyler knew Izzy through school, and the siblings decided to do something to support of their friend when they learned of her loss. Tyler is in the same grade as Izzy, and they also attended Student Impact, a nonprofit helping students realize their full potential through support, mentoring and fostering Christ-like relationships. 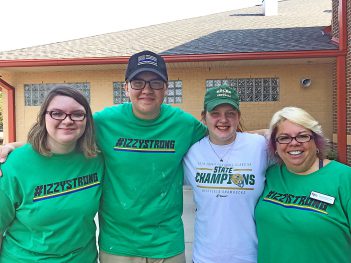 “I think it’s important to take our grief and morph it into something to help other people,” said Tyler, a sophomore at Westfield High School. “We were extremely lucky to be supported, and that’s extremely important.”

The siblings, who both attend WHS, came up with the idea of a pancake breakfast to fundraise for Izzy. The event raised $4,745, and a GoFundMe page has raised $3,755. More than 900 people attended the breakfast.

Megan Jeffries, Tyler and Josie’s mother, said after her husband Daniel died, his motorcycle club aided the family during the hard time.

“It was inspired by my husband’s motorcycle club and what they did for us after my husband passed away,” Megan said. “We wanted to do something to involve the community (for Izzy). Being inspired, we reached out to Danyele (Easterhaus) at Student Impact and said, ‘Hey, what can we do?’ and got together and ended up with the pancake breakfast.

Izzy recently moved to Danville to live with her aunt. Previously, she participated in 4-H and showed animals. Just a week after her mother died, Izzy participated in the Hamilton County Fair. 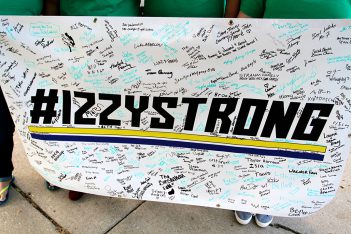 A banner of signatures for the #izzystrong campaign. (Photo by Sadie Hunter)

“I put my children in her place. If they were to lose me, what does that look like?” Megan said. “The loss is horrible losing both parents, but it even goes beyond that. She lost her community, she lost her school, she lost some of her animals that had to be adopted by other people. The loss for me feels so much greater than anything I could wrap my head around.”

The Jeffries have discussed possibly making the pancake breakfast an annual fundraising event for Clouse until she graduates high school.

“I think she knows that she has a whole community here, everybody’s here,” Tyler said. “Every time she sees an Izzy Strong shirt, she knows she has someone she can talk to.”

“I love it when a community comes together like that to support a great cause,” said Josie, a junior at WHS.

The GoFundMe page for Clouse is still open for donations. To donate, visit gofundme.com/izzy-clouse-support-izzystrong.

Amy was a graduate of Western Boone High School. She was a dispatcher with the Boone County Sheriff Dept.  Amy was very active and supportive of her daughter Izzy’s activities. She was a Girl Scout Troup Leader, assistant basketball coach at Westfield Youth Sports, Inc., a 4-H leader and actively took part in showing sheep.  Amy was a member of the Boyleston Baptist Church.