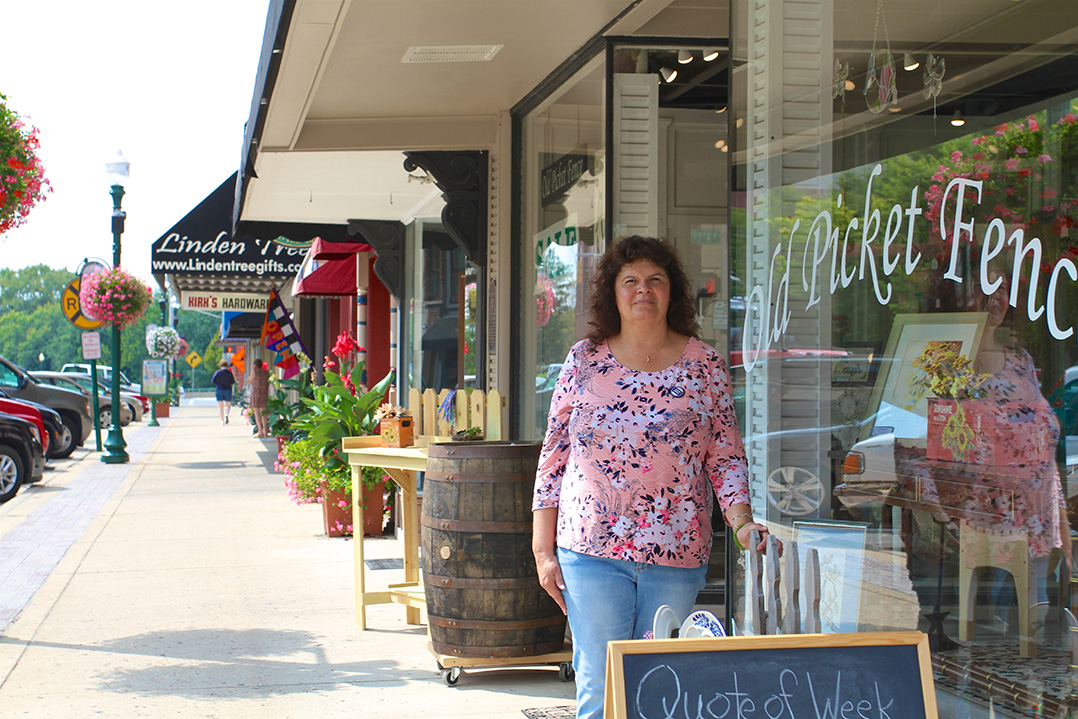 For the past eight years, the Sowerwine Building at 894 Logan St. in downtown Noblesville has most notably been home to the Old Picket Fence antique store.

At 11 a.m. Sept. 23, Hoistion is inviting the public to attend a day-long celebration, which will showcase historic features of the building, local artists, live music, birthday cupcakes and sales throughout the store.

“The Sowerwine Building was built in 1867, and then it was renovated in 1887 when they discovered natural gas here in the area,” Hoistion said. “It was rebuilt to put in the natural gas lines.” 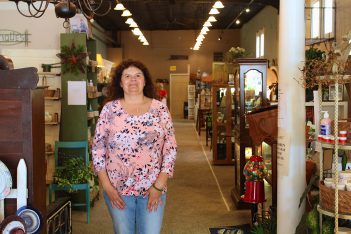 Rosie Hoision pauses in her store. (Photo by Sadie Hunter)

The building continually held dry goods stores before becoming Willits Department Store in 1925, the start of its 56-year tenure.

“What people most know the store by is Willits Department Store,” Hoistion said. “I still have people come in here all the time talking about going downstairs to get their dresses, and the fabric department was down there. 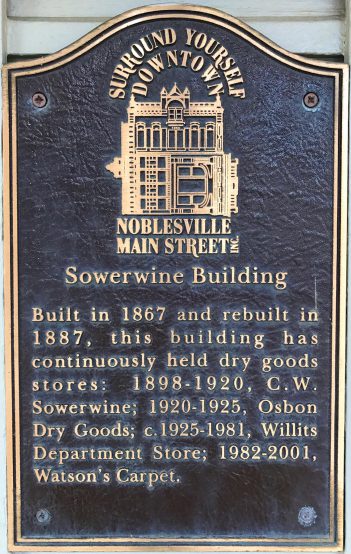 For the past 19 months, the building’s forefront business, Old Picket Fence, has been owned by Hoistion. She purchased the business from Janet Hatmaker.

“I wasn’t event a vendor,” Hoistion said. “My background is in preschool. I was a preschool teacher for 18 years. I came in here during fall break (2015), and I was talking to Mrs. Hatmaker, and she told me she was getting ready to retire and was looking for a buyer. It was one of those things where everything just kind of fell into place at the right time.”

In total, Old Picket Fence has been in downtown Noblesville for 20 years total. It has been in the Sowerwine Building for eight years. Prior to that, it was at 937 Logan St., now home to Sweet Home Cupcakes, and 960 Logan St., where Platinum Living Fine Art Gallery was formerly housed.

Opening of the business for the celebration will include showings of the lowest level, including storage spaces with dirt floors, a door to a former street-level entry, where shipments were dropped off, the old elevator shaft and more.

What: Celebration of the 150th year of the Sowerwine Building.

“There will be a local artist here, whose work we show in the store. Her name is Dani Bradley. She’s 13,” Old Picket Fence owner Rosie Hoistion said. “And local artists Karmen Bromley and Kay Richards, who have been in Noblesville for probably more than 50 years, also will be here. There’ll be live music from Janet Gilray, and then we’ll have refreshments. There’ll be ongoing sales as well. I’m also trying to have former employees of Willits Department Store, (former Old Picket Fence owner) Janet Hatmaker and (landlords/building owners) Mike Davis and John Elmore.”

Tours: No admission. Open to the public.

“We’ll have the lower level open, including the storage area, where people normally don’t get to see,” Hoistion said. “Guests will get to see a tour of the 2,560 square feet that makes up Old Picket Fence.” 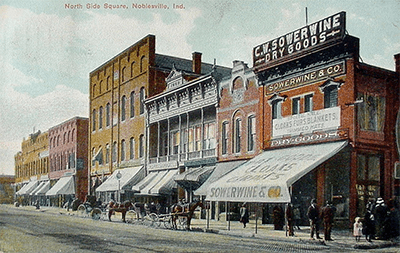