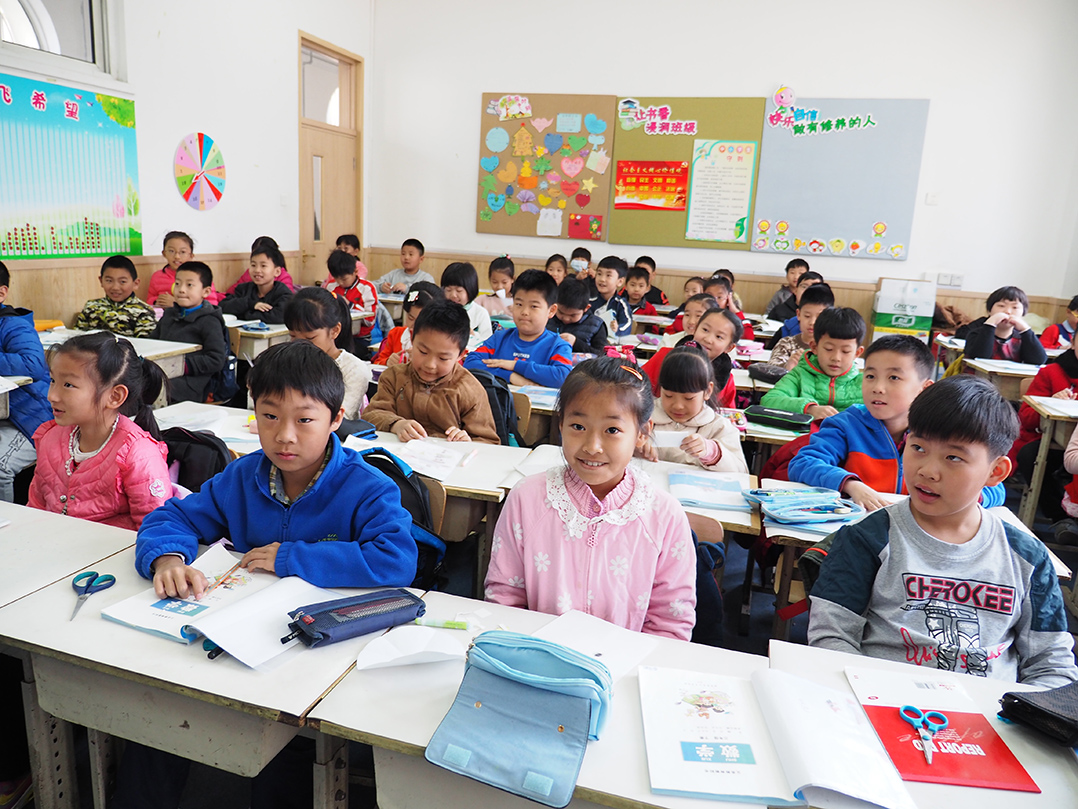 Although it’s a relatively small school district in a very rural part of Indiana, Mt. Vernon Community Schools has spent the past two years enhancing its international education opportunities for its students and students abroad.

Currently, eight students are in the middle of a three-week visit to the district from Spain. This spring, the Mt. Vernon also will welcome 22 students from Germany for a short stay, and soon, two teachers from Anshan, China, will visit in preparation for Mt. Vernon’s hosting of more than a dozen students from the same city.

“These are short-term exchanges,” Mt. Vernon Supt. Shane Robbins said. “The biggest reason for any exchange is for other cultures to experience our cultures, and likewise when we do the same. We’ll expose them to not only just what we do academically and with education in the United States, but we’ll also do our very best to give them just a taste of the American culture in general, but Midwestern culture specifically.”

Earlier this year, Mt. Vernon hosted eight Republic of Korea education delegates visiting the United States on a U.S. State Dept. trip to discuss the use of STEM education and modern technology in the district. 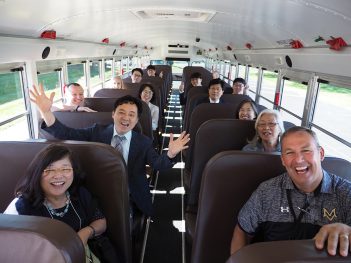 “Our goal, especially with us being in a 1:1 computing environment, is to expose our students to the bigger world so that they can learn from us, and we can learn from them,” Robbins said. “We’re trying to broaden their minds, but it’s the world our kids are going to live in to some degree. It’s been very rewarding to do that, so we host any time we can. When we host, we get them in classrooms, and there are some things that are very special about America that they don’t experience and are excited to see. There is something to be said about some freedom of thought, too, with exposure to liberal arts programs and a more rounded approach that they enjoy.”

In the 2016-17 school year, the district hosted four exchange students – two from Japan, one from Germany and one from Kazakhstan – along with multiple teacher visits. Earlier this year, Mt. Vernon announced its new partnership with educators in Anshan, China.

“(Assistant Supt. Tim) Long will be very humble about this, but back in 2008, he was approached to get involved with China and Taiwan, and it came from the governor at the time and the state superintendent,” Robbins said. “He pulled me into that fray, and we have just opened our doors as an opportunity through collaboration with other countries.”

“Many of our parents here work in businesses and industries surrounding Indianapolis that are heavily incorporated with foreign investors,” Long said. “Most of these children that will grow up to live and work in the area will end up working for these types of companies. The cultural side of it is important. Look how many members of our military end up serving in another country. So cultural sensitivity is important.”

District administrators aren’t only welcoming educators and students, they’re also being hosted. So far, Robbins and other district leaders have visited Taipei, Taiwan, and Anshan and Beijing in China.

In November and next summer, the district leaders will return to Taiwan to attend the International Global Forum on Education, in Miaoli County. In two years, Mt. Vernon will host the same forum.

“We never turn down an opportunity to showcase our district,” Robbins said.

THE EXTENT OF EXCHANGE 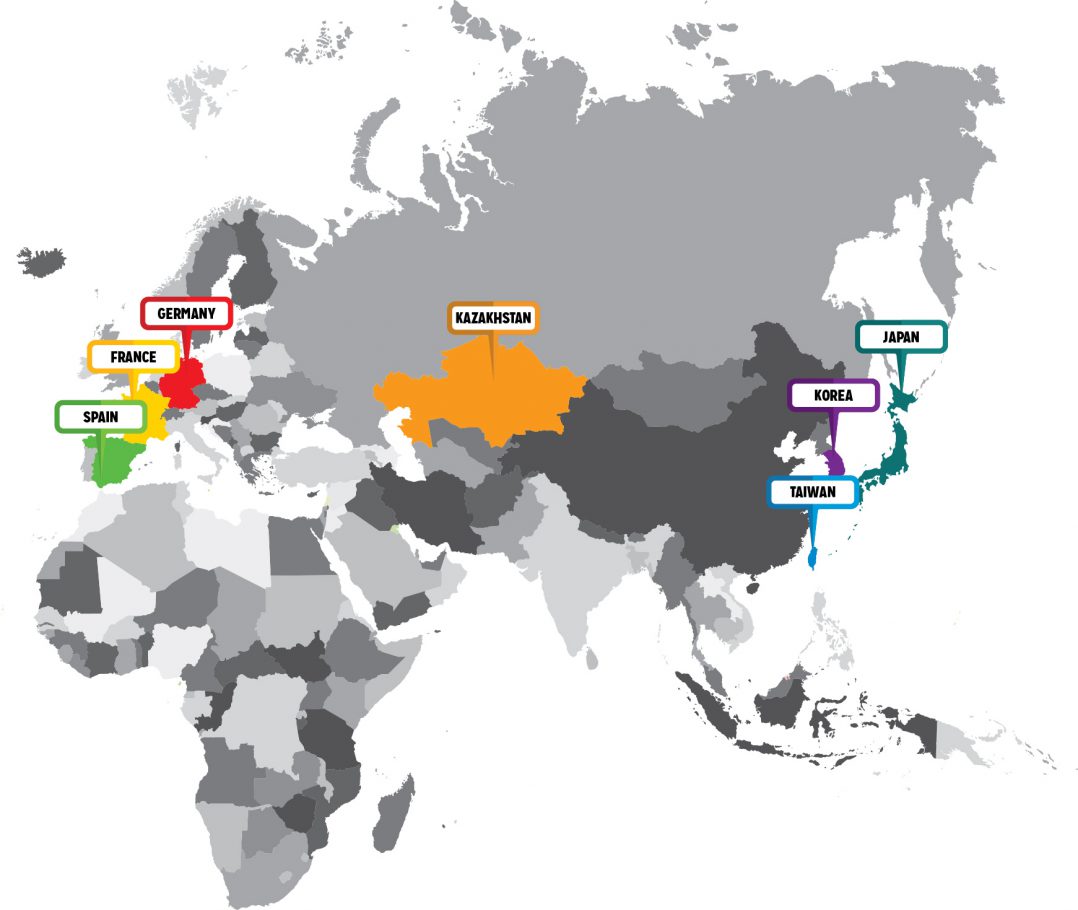 In the past two years, Mt. Vernon has hosted students from Germany, Spain, Korea, Taiwan, France, Kazakhstan and Japan. 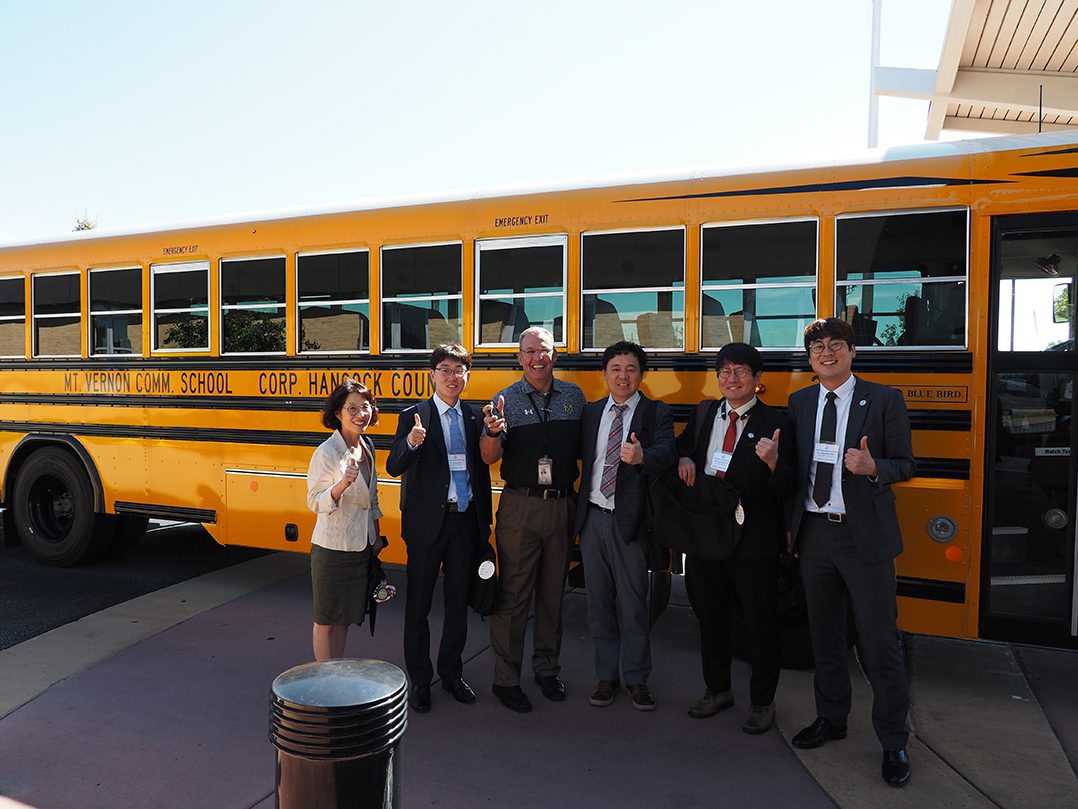 “Here’s one of the simplest things. Asian guests love to get on a school bus,” Mt. Vernon Supt. Shane Robbins said. “They don’t have school buses and use public transportation to get to school or are in boarding schools.”