You are at:Home»Night & Day»Creekside Middle School student to appear in ‘Fun Home’

To say Amelia Wray had missed her time under the spotlight might be an understatement. 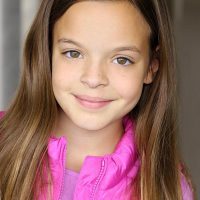 Wray, a seventh-grader at Creekside Middle School in Carmel, is appearing in a leading role in “Fun Home,” set to run Sept. 22 to Oct. 22 at the Phoenix Theatre in Indianapolis.

Wray, 12, is one of three actresses playing Allison at various ages.

“It’s definitely more of a serious role than I’m used to,” Wray said. “It’s going to be a challenge to find that serious part of me because I’m always the fun one. But I think I can do it.”

Brent Marty is serving as the music director.

“I can’t even list how many classes I’ve done with him and how many shows,” Wray said. “He’s one of my favorite musical directors. I’ve always been super interested in ‘Fun Home.’ I thought it was such a good show. So I was like, ‘Let’s give it a try. It’s been a long time since I’ve done a show.’  At the audition, I was reading through the lines and I was like, ‘Oh, I like this.’ When I got it, I was jumping for joy. I get to sing in it, too, and singing is a big part of me.”

Wray’s twin brother, Mitchell, was traveling around the nation as part of the “Finding Neverland” cast from October 2016 to June. The twins’ mother, Chauncie, traveled with him.

During that time, Wray filmed a couple of commercials and took part in some Junior Civic Theatre workshops.

“There were times – because I would see all the things my brother was doing – I thought, ‘I really miss that,’” Amelia said. “It kind of feels part of you is ripped out, because I love to go on stage and be this different character.”