You are at:Home»Current in Westfield»Hymbaugh Homestead: Local woman hopes to bring senior residents to farm for field trips 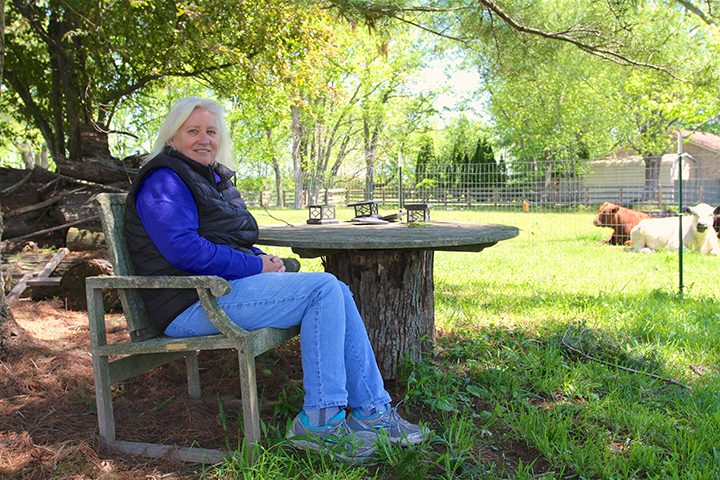 Karen Hymbaugh has traveled the world through her career with the Center for Disease Control. She always knew when she retired she wanted to live on a farm. 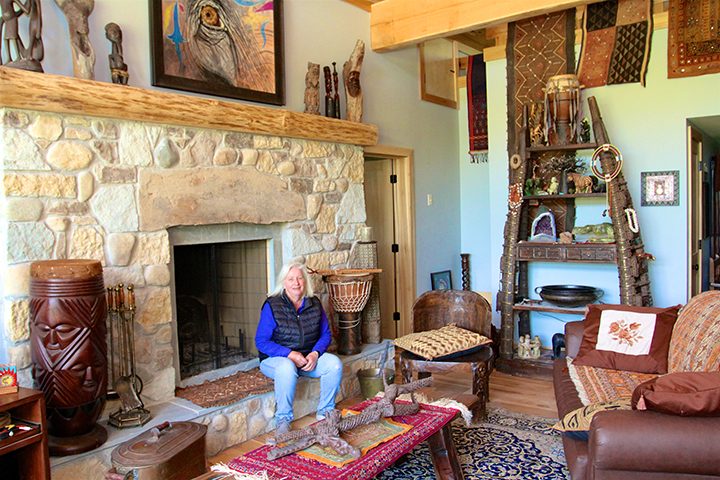 Karen Hymbaugh owns cows on her farm and plans to use them for assisted-living facility field trips. (Photos by Sadie Hunter)

That desire led her to purchase a 5-acre property in Westfield she fondly calls Red Wing Farm. She bought it in 2014 and fixed it up before moving in last September.

Hymbaugh plans to do more than simply live out her retirement on the farm. She purchased four miniature Scotland Galloway cows last June and now has six. She plans to put them to a unique use.

Hymbaugh wants her farm to become a field trip destination for residents of assisted living communities. She got the ideas when her friend, Mary Brown, brought her 90-year-old mother, Mary Anne Brown, to the farm.

“I was showing her around,” Hymbaugh said. “She grew up on a farm and we walked into the barn, and when she smelled the manure, you could just see the look on her face as she took a trip down memory lane and started telling me about growing up on a farm.”

During the trip, Mary said a cow came up to the fence and let her mother pet it.

“The cow was pregnant. Mom said the next morning when she woke up she was dreaming about petting a little black calf,” Mary stated in an email to Current. “Mom said most of the residents in her retirement community grew up on farms. She said she thought they would love to visit a farm. It would bring back childhood memories. Mom has kept in touch with Karen and we visited the farm again last time Mom was here.”

Mary Anne said she felt welcome at the farm when Hymbaugh asked her questions about growing up on a farm. 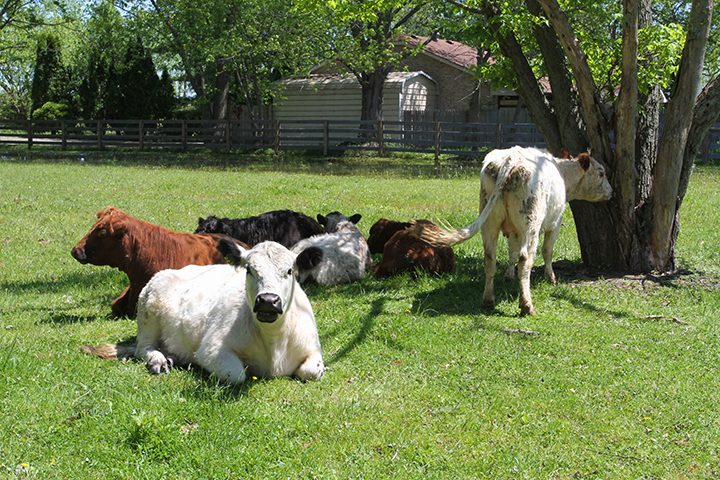 “Many of the people where I live in St. Joseph Village in Coppell, Texas, grew up on farms like I did, and I know they would enjoy seeing Karen’s place as much as I have,” Mary Anne stated in an email to Current. “I plan to go there again when I go back to visit my daughter. Old people like to remember their youth and to talk about it.”

Hymbaugh said she hasn’t figured out safety requirements yet but is exploring ways to give retirement community residents opportunities to get outside and visit the farm.

“It was just an incredible experience to see (Mary Anne) reliving memories so deep inside her,” Hymbaugh said. “The sense of smell is the strongest scent we have, and it evokes vivid memories. I thought afterward that we should get more older people out here that used to live on farms so they can relive some of those memories. The more I thought about it, how cool would that be to bring older people out for a field trip for a day, and sit around with iced tea, smell the smells and tell stories, especially those that grew up on farms.”

Hymbaugh’s next steps are reaching out to local assisted living centers to list her farm as a possible field trip destination.

Throughout her career, Hymbaugh visited 50 countries, lived in India for five years, owned a camel and more. For the majority of the time, she worked on eradicating polio and other vaccine-preventable diseases.

“I feel like there’s a part of me that wants to give something back because I’ve had such incredible opportunities, but all my life I’ve wanted to go back and live on a farm again,” she said. “I built a little patio for people to sit around and share stories.” 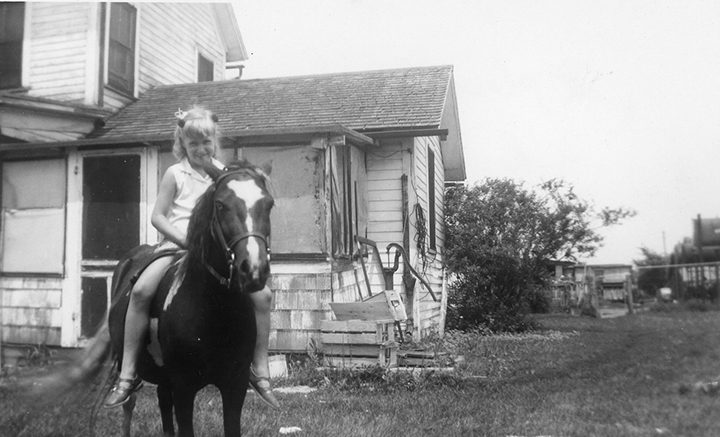 Karen Hymbaugh as a young girl riding a horse on her family’s farm in 1960. (Submitted photo)

Personal: Recently purchased a 5-acre property in Westfield, fixed it up and now has farm animals. She has her pilot’s license, has jumped out of an airplane more than 2,000 times and previously was a skydive instructor. “Now all I want to do is have a little farm,” she said. “I just want some roots now in a beautiful place to live.”

Farm namesake: Hymbaugh was born and raised on a farm. The one she owns is called Red Wing Farm. Tthe namesake is derived from memories of her grandfather. Red Wing was an Indian princess. Although Hymbaugh isn’t Indian, while she was growing up her family would  polka dance to the “Red Wing” song. “One day it just hit me,” she said. “(My grandfather) was such an influence on my life that (the farm) needed to be called Red Wing.”