You are at:Home»Current in Geist»Beer and taxes: Taxman Brewing Co. to open gastropub in downtown Fortville mid-July 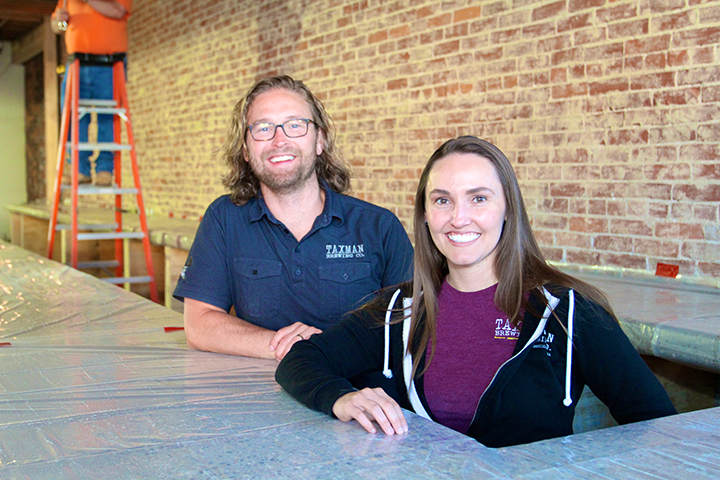 Only 2 1/2 years after the opening of its first gastropub in Bargersville, Taxman Brewing Co., which specializes in Belgian-inspired artisanal ales, will open in mid-July in downtown Fortville.

For the past year, Taxman President and CEO Nathan Huelsebusch and the Taxman team have been working to restore and remodel three buildings on Fortville’s Main Street to open a second gastropub.

“It’s been a bit of an evolution,” Huelsebusch said. “My wife (Leah, Taxman’s chief operating officer) and I were the original business plan writers for Taxman. I was an accountant. I did corporate taxes for Deloitte (Consulting, Indianapolis), and I worked for Cummins as a tax director for four years. We were in Brussels, Belgium, and we moved here to work at Cummins (Columbus, Ind.)”

Huelsebusch’s sister, Kirby McCloy, also is a CPA and Taxman’s chief financial officer. She got involved with Taxman after leaving her job at Pricewaterhouse Coopers and Ernst & Young two years ago. Her husband, Colin, is Taxman’s vice president of brewing operations and handles the entirety of the company’s production. 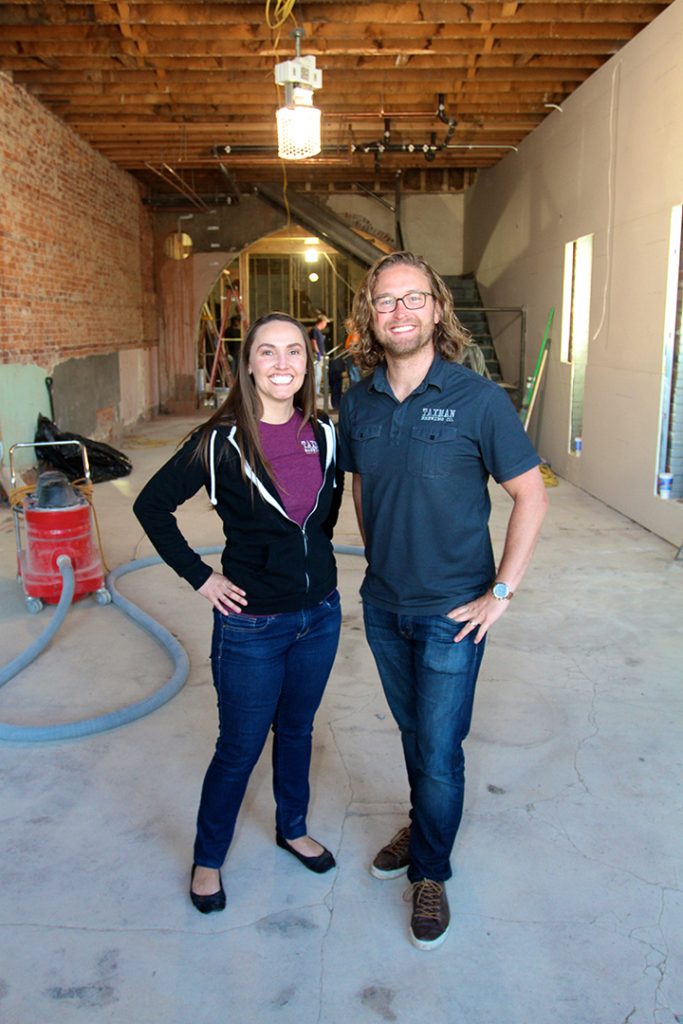 Siblings Kirby McCloy, left, and Nathan Huelsebusch stand in what will be the family dining area of Taxman Brewing Co. in downtown Fortville. (Photo by Sadie Hunter)

“That’s the Taxman theme, I guess. We’re a bunch of nerdy accountants,” McCloy said. “Our dad is a partner in the business, and he taught accounting for years.”

The theme is obvious aside from its name, with product names like “Evasion,” “Deduction,” “Exemption,” “Hops Collector” and more.

The 12,000-square-foot space was born out of a much smaller plan. The original project started with the 35 S. Main St. building, but Town of Fortville officials wanted something more family friendly than just the pub and bistro, which would have had 21-and-older seating.

From there, the company purchased the connected buildings next door to its original spot. Now, the gastropub will be housed in 29, 31 and 35 S. Main St., the oldest of which was built in 1896, with its main entrance at 29. S. Main St..

“It’s been so interesting to open up all the walls to put them together,” McCloy said of the buildings that now reveal exposed ceiling rafters and brick walls to complete its industrial Victorian theme.

Huelsebusch and McCloy said the feel of the location will be different from that of their Bargersville home. 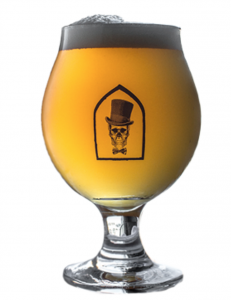 The Benjamin Franklin quote, “In this world, nothing can be said to be certain, except death and taxes,” inspired Taxman Brewing Co.’s logo.

“Our Bargersville location has a little more of a pub-style feel than what we’ll have here.  We’ll have more of a brasserie style here with various plate sizes,” McCloy said. “Everything besides ketchup is pretty much what we’ll make in-house. We’ll have our Belgian-style beers, but will also have a three-way license here, so we’ll do some cocktails on-site. We’re trying to focus on local spirits to do some really craft cocktails.”

“Our menu is farm-to-table, and we source almost exclusively from Indiana farms when we can,” Huelsebusch said. “We’ll also have 16 beers on tap and be able to fill growlers every day but Sunday.”

To help get the gastropub in its ever-growing downtown, the Town of Fortville offered Taxman Brewing Co. a 10-year declining property tax abatement to open.

“We like being in towns where they’re looking for something unique, where we can help the community grow,” McCloy said. “We’re very much a fan of towns where people say, ‘So, where is that?’ You give them a reason to come and visit to see what’s going on in an area they otherwise wouldn’t be going.”

“The community here was the right fit for us,” Huelsebusch said. “It just felt right.”

The Taxman Brewing Co. gastropub will be open 11 a.m. to 2 p.m. for lunch and 4 to 10 p.m. for dinner, Tuesday through Sunday. As of press time, a grand opening date has  been set for mid-July. For more, visit taxmanbrewing.com.