In honor of National Cancer Survivor’s Day on June 4, Donna Blackmon hosted a tea party at Serenity in Zionsville to benefit her philanthropic efforts through the Power in Purple campaign to fight cancer. 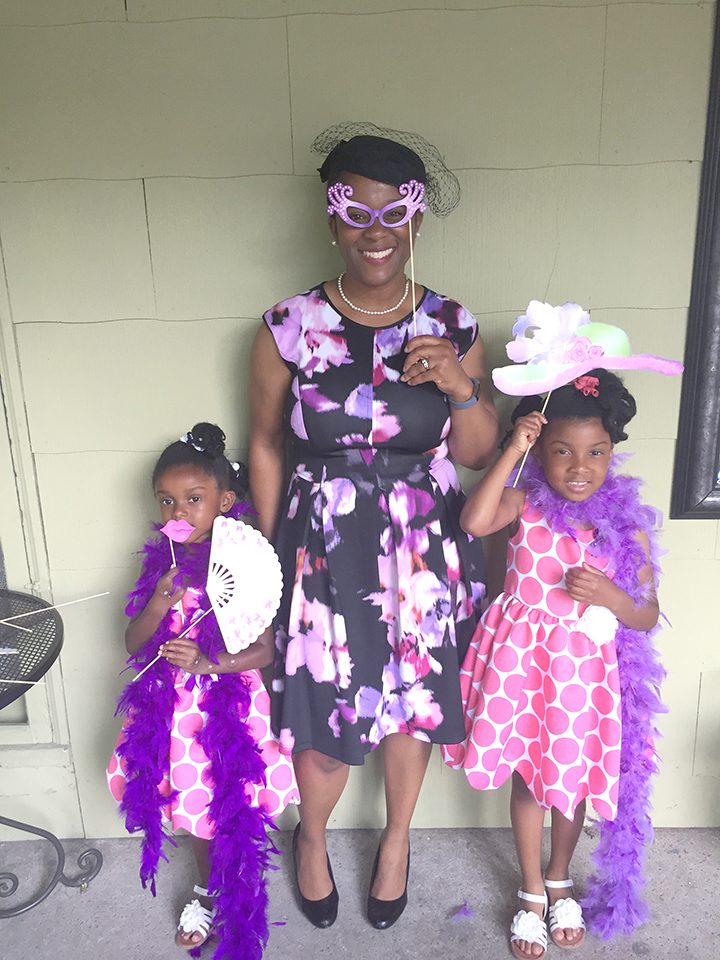 Throughout May and June, 20 women are participating in the American Cancer Society’s Power in Purple campaign to raise funds for and awareness of the resources offered from the ACS for cancer patients and families.

Blackmon manages communications and marketing strategies in the Indianapolis Suburban Region for the Women’s, Obstetrics, Pediatrics and Cancer service lines at IU Health. Although she heard about the Power in Purple campaign opportunity through her contacts at work, she was motivated to participate for personal reasons. Blackmon’s mother died of lung cancer in 2013.

“Just working with the service line I work with and working with the ACS and learning about all of the great programs they offer, it’s one of those things I wish we’d known a little bit more about at the time,” she said. “So, that’s kind of been my driving force is to make sure others are aware of all the resources that they offer.”

Each candidate has a target goal of $2,500, and the ACS wants to raise $52,500 by the end of the campaign. Candidates must also wear purple every day during the month of June to raise awareness.

“The overall goal would be to erase the pain and suffering of cancer for future generations, which is part of the reason why I hosted the tea party at Serenity,” Blackmon said.

She chose to use a “Mommy & Me” theme to include her two young daughters and their friends. The event included a photo booth, an etiquette lesson from owner Karin Glass, games, crafts, food and tea.

“It was so cute,” Blackmon said. “It just turned out so very well.”

Blackmon is still working to reach her fundraising goal before the campaign’s closing ceremony in July.