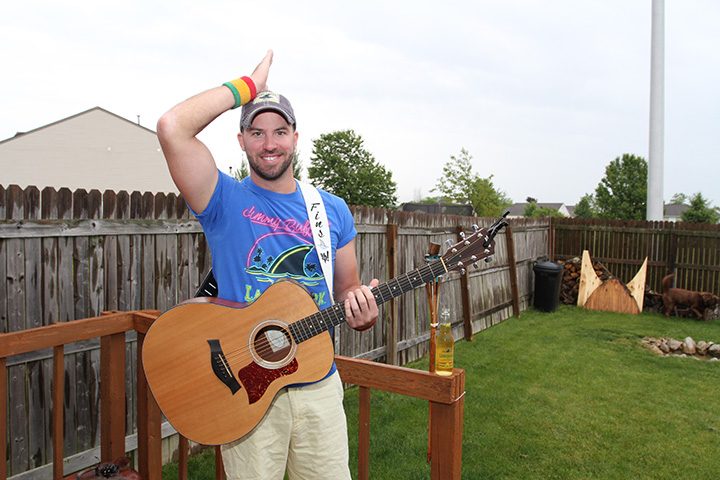 Simple pleasures mean the most to Ryan Berner.

“I love to fish, I love to play my guitar and I love outdoor stuff,” he said.

“I do it for the friends, the music, the atmosphere, the tailgates, but the main reason I do it is for the stories we can tell,” Berner said. “There’s always different stories from all your friends at the tailgate and concert.”

Naturally, one of Berner’s favorite Buffett songs is “Stories We Could Tell.”

He picked up another story in Tampa June 3 when Margaritaville TV found him in the parking lot, took several pictures and gave him as backstage pass.

“I’m going to be featured in the ‘Margaritaville’ cookbook,” Berner said.

In 2013 at Klipsch, he met a group of people, including Michael Holly from Toledo, Ohio and Craig Smith from Rochester, N.Y.

“They saw me playing in the parking lot and saw I was playing some old-school stuff and not the traditional (songs) Buffet plays at his concerts, so he must be a true Parrothead,” Berner said. “He hooked up his iPod to my PA system in the parking lot.” 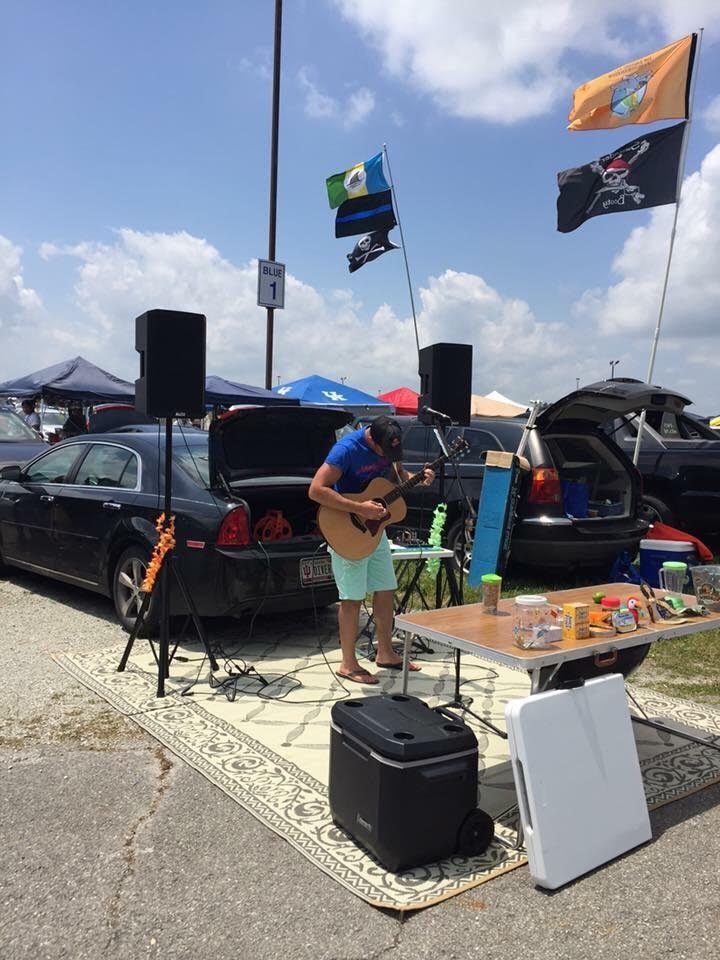 Ryan Berner performs at a tailgate before a Jimmy Buffett concert. (Submitted photo)

Berner said they typically sit in the first 10 rows at concerts.

“Every now and then we get really good seats for face value,” he said.

“We have a group from all over the county that go together,” Berner said. “We room together. I drive because I take my PA system with me along with the guitar. We have big tailgate events and I supply all the music. I can play hours and hours. In Las Vegas, I played for five hours on the Strip in front of the Flamingo.”

“When I first heard him playing I was shocked because I never heard anyone playing them that wasn’t Jimmy Buffett,” Holly said. “When we first met, he was pretty good. Over the last three years, he’s gotten dramatically better. He’s really good now.”

Berner has a list of approximately 85 Buffett songs he can play. The first song he learned was “Changes in Latitudes, Changes in Attitudes.”

“I’ll take requests at tailgates. If they ask me to play the song I can at least figure out the chorus and main parts of it,” he said. “I’ve played at festivals and weddings. I’ve never met anyone who can play as many songs as I can.”

There are times Berner has made as much as $300 playing outside a concert venue.

“I’ve been given tickets and, of course, I already have tickets, so I turn around and sell them,” Berner said. “I got Row 8 once but I was already in Row 4, so I sold them. I’ve been given so many crazy things. Someone gave me a bra once. It’s funny that sometimes I make more money from one day in the parking lot than I do at one day at work.”

Berner will play four or five songs and take a break. He plays non-stop the final two hours.

Berner, who played trumpet in the Indiana University Marching Hundred, started playing the guitar around 2003.

“The only reason I started learning the guitar was to play Jimmy Buffett songs,” Berner said. “I always learn new songs in the winter time. I keep adding to my list.”

During college, his band, Ryan Berner and the Beachcomber Band, would play house parties.

“I’ve written some of my own songs, too,” he said.

Berner can be booked for performances at rwberner@gmail.com. He has videos on YouTube under RyanWBerner. 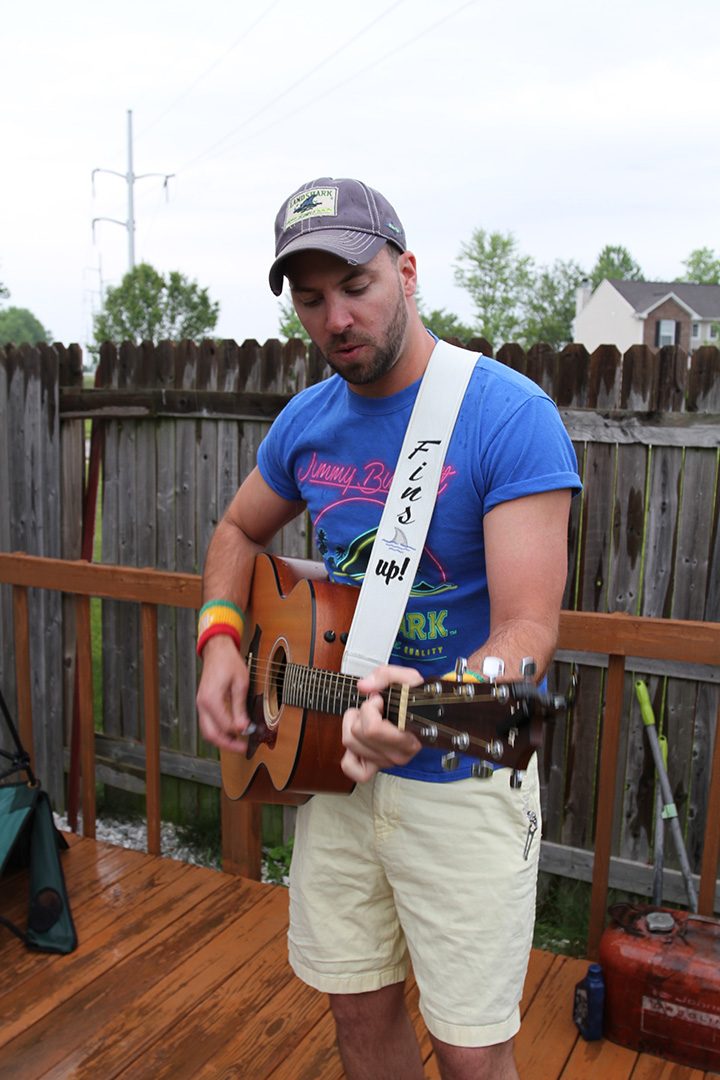 Ryan Berner learned to play the guitar in 2003. (Photo by Sadie Hunter)

Personal: Manages a chemical warehouse at Dow AgroSciences in Zionsville. Berner played trumpet and was first chair at Beech Grove High School, graduating in 2005. Played in Indiana University Marching Hundred and in the basketball pep band for five years. Majored in marine biology. Has a chocolate Labrador named Irwin, named after the late Steve Irwin, the Crocodile Hunter. Berner lived in Key Largo for a short while after graduating from IU.  “I taught scuba and marine biology as a part-time gig,” Berner said. Had personal state license plate with “Fins Up” sent to him but learned had to return it because two were sent by accident and his request was second.

Family: His father, Wade Berner, lives in Kokomo and mother, Cathy Lough, lives in Noblesville. His sister, Christina Harris, is moving from Noblesville to Detroit for her medical school residence, along with her husband, Ethan. Berner has been to Buffett concerts with everyone in the family, including 19 with his mother.

Favorite Buffett song: Berner isn’t sure he can pick one. “I like ‘Fins’ a lot. I like the ’Stories We Could Tell,’ ’That’s What Living Is To Me.’ It depends what mood I’m in or what’s going on. I can always find a song to relate to what’s going on.”