You are at:Home»Current in Fishers»Proud Parent: Mayor Scott Fadness reflects on being a father in a city role 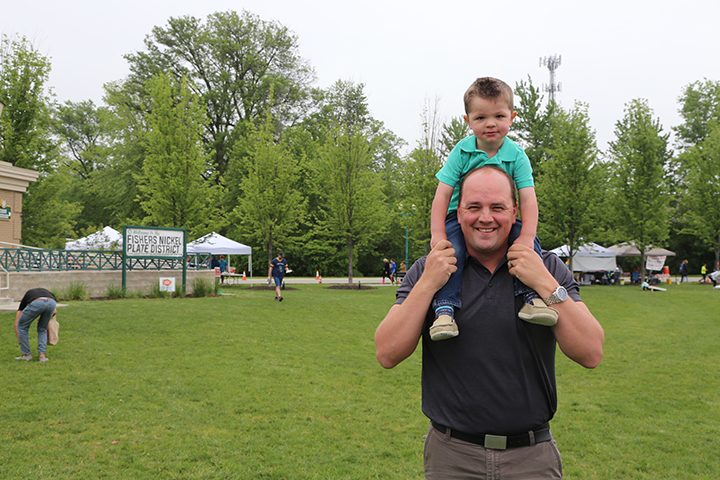 With Father’s Day only a week away, Current in Fishers caught up with Mayor Scott Fadness to learn more about his role as a city leader and as a father to 2-year-old Lincoln Henry Fadness.

What are some things you do with Lincoln, and that you do as a family?

“One of the things we do because we’re so busy, Aunna (wife) and I laugh about this all the time, I choose to bring Lincoln with me and Aunna to a lot of events for work. I like to spend time with my family, and it’s stuff we enjoy. It may be unconventional from an elected official standpoint, but sometimes you can quite literally see me chasing after my 2-year-old at an event. And he’s fast.

“Lincoln and I love to watch YouTube videos where people fall down or like rope swing disasters. It’s like bloopers As a family, we love getting in our beat-up old Jeep and we drive back roads to Pendleton. We take a loaf of bread and feed the ducks, and he plays on the playground. We buy ice cream at an ice cream store in Pendleton and drive.” 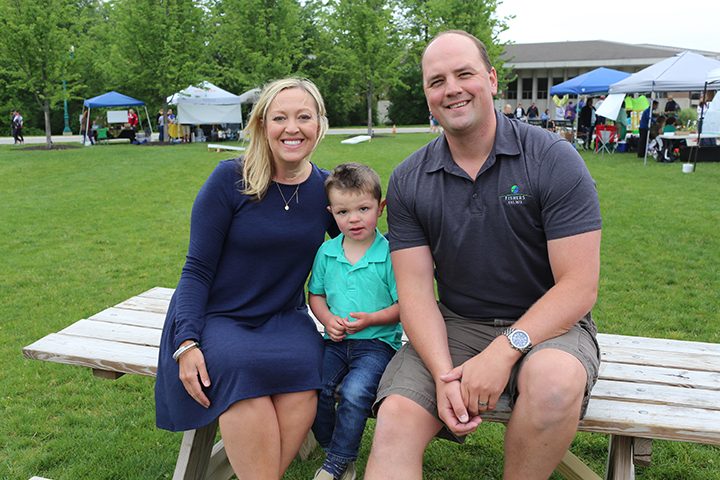 Why the name Lincoln?

“I was always fascinated by (Abraham) Lincoln as a leader, and we were debating a bunch of different names, and I just stuck on that name. It just stuck. He’s definitely Lincoln.”

How has being a father affected your role as a city leader?

“My life is very busy, so what I try to do is be in the moment of whatever period of time it is. I lean a lot upon the people I work with. I have a great team of people that helps me tremendously. I get home and spend that time, until Lincoln goes to bed, with Lincoln. When he goes to bed, I go back to work for a period of time and do it all again the next day. When I’m with him, I’m able to focus on him. I remember one morning, Lincoln and I were trying to get out the door to get him to day care and me to a press conference on time, and he threw up on my suit. I got him to day care and was literally wiping off baby spit-up as I was walking into city hall for a big announcement, I think IKEA, and there’s like 150 people there and all these cameras and everything, and three minutes ago I had a baby throwing up on my shoulder. Our life is busy and intense, and you’ve got to just make every minute count.”

Do you think being a father has made you a better leader?

“I think so. I hope so. It certainly provides a clarity. It helps you understand when you have 550 employees they have personal lives, too, and go through challenges, and they get stressed out and you have a better understanding of that when you have stressors in your life. I think a lot of it comes down to prioritization of your life. I don’t go golfing, I don’t go out with the guys, I don’t play cards. I’m either working or I’m with my family. I don’t have another avenue, so to speak. I live a pretty dull life by some’s definition. I don’t think so, but some might.

“I’m busy, there’s no question about it, but I don’t know if I’m any busier than anybody else trying to raise their kids and make a living. I think Lincoln has provided me with such a unique insight into that (family) culture in this community. It’s been really rewarding to try to understand that better.”

Do you have any tips for other dads?

“I do have a pet peeve. I hate when dads say, ‘I’m babysitting tonight.’ I hate that because I don’t babysit my own kid, he’s just my kid. I think dads need to be engaged in their kids’ lives. I think that’s so important to do, whether you’re a mom or a dad. This job I have as mayor, it will only last a certain period of time, but being Lincoln’s dad will last a lifetime. So, I would rather do that one better.” 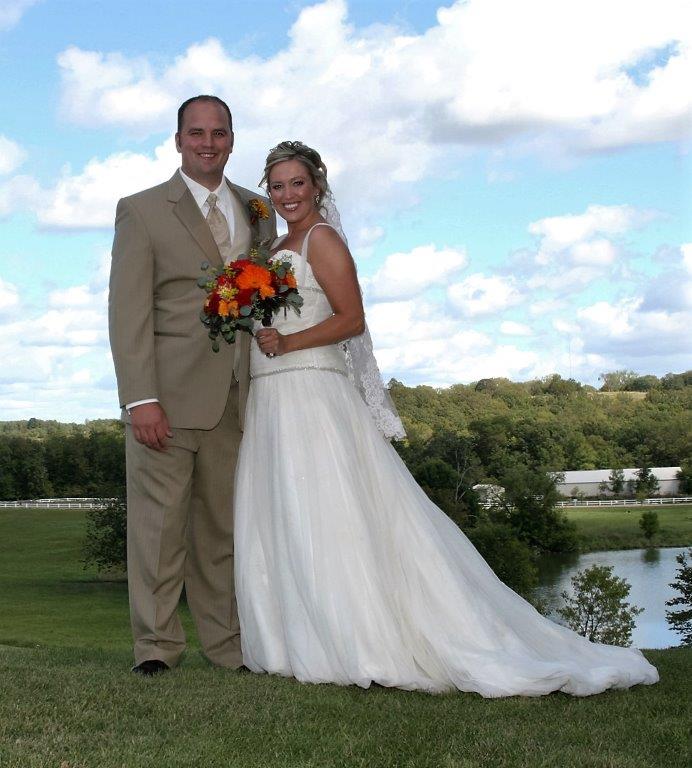 “His family is his first priority, so he does an excellent job of being home when he needs to be with Lincoln. We typically work so much during the week, so the weekends are pretty sacred to him and I,” said Aunna, an environmental scientist with at Acuity Environmental Solutions in Fishers. “We do a very good job of putting family activities on the weekends.

“He’s definitely a patient person, which is pretty impressive when you have a strong willed two-and-a-half-year-old son,” she said. “Scott is the perfect father.”