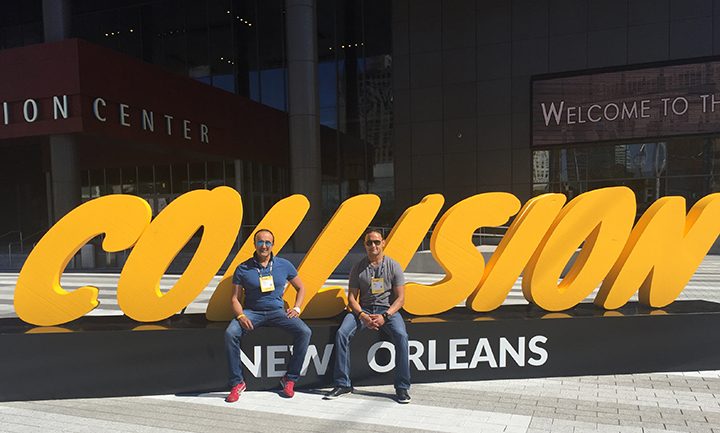 With so many social media outlets available at the touch of a button, one would think it would be easier than ever to meet people and make friends.

Neal and Jay Phalora are convinced the opposite is true. But they also believe it’s possible for technology to solve this problem, and they have set out to prove it.

In March, the brothers launched IceBr8kr, an app that lets users find each other within a shared 100-yard radius with a simple digital “Hello” that can easily lead to a real-life meeting if both parties are interested.

“Social media has put a divide in being social. People are looking down at their phones. People are sitting on their coach, not actually having any human interaction,” Jay said. “The most awkward part of meeting someone new is that first meeting, that first initial breaking of the ice with somebody new. We’ve come up with a way that can alleviate some of that awkwardness.”

If two IceBr8kr users make contact through the app, they can send each other up to eight messages before being disconnected from each other for an hour. That’s enough time for them to decide if they want to meet in person, Jay said. IceBr8kr is not intended to be a messaging app.

“It’s there to actually promote the actual human interaction of meeting someone and talking to somebody new,” he said. 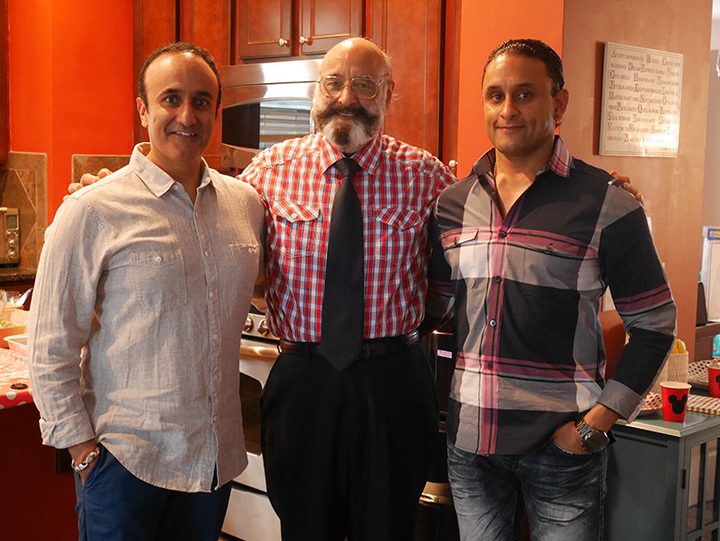 The Phaloras grew up in Anderson, where their father, Dr. Onkar S. Phalora, taught at Anderson University for 32 years. Onkar now resides in Noblesville, but he grew up in India at the base of the Himalayas. He came to the U.S. in 1961 to get a college education.

Neal and Jay credit their father with instilling a strong work ethic in them, as neither had much of a background in tech when they decided to create an app.

“It was a huge, huge learning curve,” said Jay, adding that he often spent six to eight hours a day trying to debug IceBr8kr. “We will sit with a problem longer than most people, and that’s something our dad has drilled in us.”

Neal said he’s always had a creative side. He remembers coming up with inventions as a kid and building things with his father. But after attending Anderson University, his career path took him into business development for biotech companies. In late 2016 he decided to leave that field and focus on IceBr8kr and his other business, DocRx Now, full time. He is also a public speaker and life coach.

Neal and his wife life in Carmel with their 2-year-old twins. He said they were “totally naïve” when they bought their home but couldn’t have ended up in a better place.

“We live right off the Monon,” he said. “We discovered after the fact The Palladium and the events that are going on every weekend.”

Jay studied economics at Anderson University and earned a law degree at Valparaiso University. He lives in Valparaiso, where he started a mortgage and financial company that he still runs. He and his wife are expecting their first child this fall.

The brothers relied on Carmel-based Swan Software to help code the app, but they did most of the debugging to make sure IceBr8kr worked exactly as envisioned.

“Neither of us are programmers, so Jay and I spent a lot of time looking on (online) threads because of our upbringing and our dad’s demand on us in some ways to push us to say that we can find the answers, because that’s how he raised us,” Neal said. “This project looks simple, but it was a lot more complex than any of us saw when we initially got into this.” 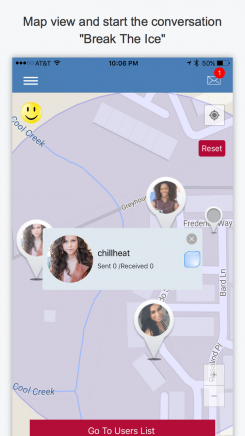 The Phaloras decided run one of the first large-scale IceBr8kr tests in a familiar place: Anderson University. They felt a college campus would be an ideal spot to use IceBr8kr, and it turns out they were right.

Victor Mweu was among the students who helped test the app at Anderson.

“I truly believe IceBr8kr is an app of the future,” he said. “It addresses such an important aspect of life: meeting new people. By bridging the gap of introduction through technology, in any setting, IceBr8kr has no competition in the app stores.”

But the app isn’t just for students. Neal said it could help people within any community get to know each other better, especially if certain places, such as cafés or restaurants, become known as IceBr8kr hotspots.

He also sees it as a good fit for the business community, helping to simplify networking at events and conventions.

Wherever it’s used, the Phaloras hope their technology will result in friendships that go beyond a screen.

“If you feel like you want to break the ice with somebody after a few conversations, you can just walk over and meet them face-to-face,” Jay said. “It’s a very real-time situation.”

Not long after launching, IceBr8kr caught the attention of some big names in the tech industry.

The brothers were accepted into the Alpha Mentorship program at Collision, a tech conference in New Orleans that draws 20,000 people from 50 countries. Only 10 percent of companies that apply for the Alpha program are accepted. Alpha participants exhibit their ideas on the conference floor, have special networking opportunities, mentorship from venture capitalists and receive other perks.

“We felt very validated by all the attention and turnout,” Neal said. “Being novice at this convention, we felt a sense of accomplishment as our app was well received and much further along than many of the prototypes that were exhibiting.”

The Phaloras hope to return to the Collision conference in 2018.