You are at:Home»Night & Day»Entertainment News»The Cabin Counseling and Resource Center to hold fundraiser in Carmel April 17

Wine Pours and Laughs Galore is the theme of The Cabin Counseling and Resource Center’s fundraiser. 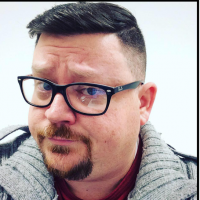 The fundraiser is set from 6:30 to 9 p.m. April 17 at Peace Water Winery, 37 W. Main St., Carmel. There will be five-flight wine tasting, Bazbeaux pizza and mini-cupcakes. Comedian Jeff Bodart’s 45-minute performance will start at 7:45 p.m. Bodart is a regular guest and a contributing writer to “The Bob and Tom Show.”

The fundraiser will benefit The Samaritan Fund of The Cabin, 220 S. Elm St., Zionsville. The Samaritan Fund helps people pay for sessions at The Cabin. Allison Maines, The Cabin’s practice manager, said helping patients is based on the number of dependents and household income.

“So we can put them on a sliding scale toward payment to lower the rate of hourly sessions,” Maines said. “So we hope to not turn anyone away from counseling. The fundraiser offsets those expenses.”

Approximately 30 percent of individuals, couples and families that contact The Cabin qualify for that reduced fee. Maines said the estimated need for The Samaritan Fund is $44,000 this year. Maines said this is the first fundraiser this year.

The Cabin started in May 1999 at Zionsville Presbyterian Church, and became a nonprofit and moved to its present spot in January 2010. The center has nine therapists offering an array of services.

Tickets are $30 apiece or two for $50. Tickets are available at thecabin.org (under make a payment tag).