You are at:Home»Current in Westfield»Suburban Indy Shows partners with Grand Park, first show scheduled for September

When it comes to consumer shows, Donell Herberer Walton knows her client base, and many of the people who seek out her shows come from Hamilton County. That’s what sparked her interest in reaching out to partner with the Grand Park Events Center. 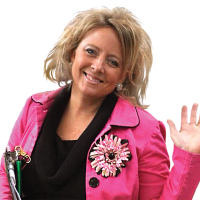 “I sent an email (to Grand Park), and they called and said they’d been talking about consumer shows and would love to have those out here,” Walton said. “Two days later, the owners of my company decided to sell to our competitor, and that gave me more reason to produce shows at Grand Park.”

Suburban Indy Shows is a series of four shows. The first will launch in September for a home and outdoor living fall edition show.

“Small businesses in the area are looking to grow their business,” Walton said. “So, that’s the purpose for having the events. I used to produce two events at the state fairgrounds, and I kept hearing over and over again to produce shows on the northside.”

She plans to focus on the experiences of the shows as well as what is included in them.

“They’re going to be more upscale events about the experience of a consumer show and not so much just going and looking at things,” she said.

Two shuttles will be used to transport attendees from parking lots at Grand Park to the events center.

“I will have entertainers on each shuttle, so the experience from the time they get on the shuttle or walk through the front door is very different from any other consumer show you’ve been to,” she said. “I want the consumers to just be surrounded by fun excitement and be entertained and have a great time and obviously spend a lot of money with my exhibitors.”