You are at:Home»Current in Carmel»Carmel Cover Stories»Top of the podium: From coaching gymnasts to selling homes, Robert Cowan finds success 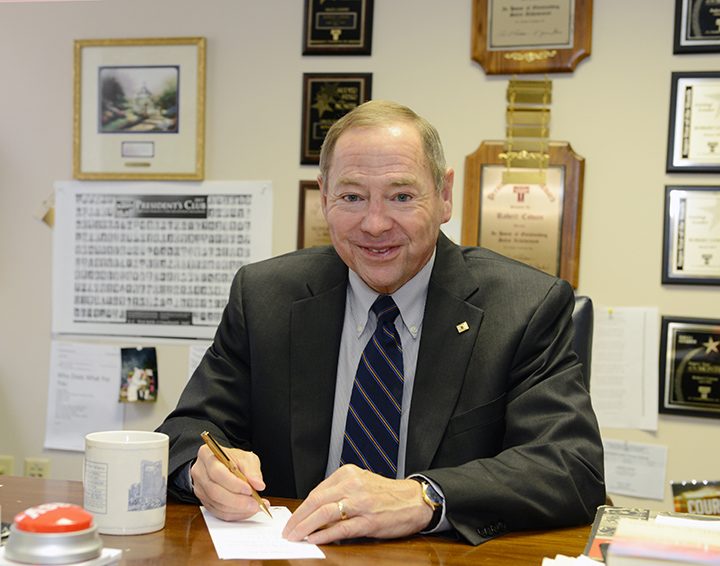 Robert Cowan is one of the top realtors at FC Tucker. He’s sold more than 1,500 homes in 22 years and is the most recent recipient of the company’s highest honor, the Fred Tucker Sr. Award.

But his road to success followed an unlikely route. His real estate career in Carmel was launched by his past experience as the national men’s program director for USA Gymnastics, a role that took him around the world to coach and promote the sport.

“I was in charge – from the Olympic level all the way down to the age-group kids, even down to preschool – of program development. It was my job to grow the sport, grow the participation and the membership,” said Cowan, who lives near the Westfield/Carmel border. “I spent weeks and weeks and weeks of my life out in the field going to other places to conduct workshops and symposiums.”

Eventually, it was the travel and time commitment that led him to step down in 1993. His son was a rising soccer star, and he spent five weeks overseas for the 1988 Olympics in Seoul, South Korea, missing half of his son’s season. He began to think about a career change.

“I loved what I was doing, but I loved my family more,” Cowan said. “It was a hard decision.” 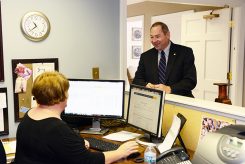 After stepping away from gymnastics, Cowan wasn’t sure what to do next. At first he scoffed when a friend suggested he go into sales – he said he “wasn’t a fan of salespeople” – but then he realized he might have what it takes to succeed.

“Coaching is sales,” Cowan said. “You’ve got to convince kids to believe in themselves and trust in you.”

He went through a real estate class in 1994 and went to work for FC Tucker in Carmel later that year. Jim Litten, owner and CEO of F.C. Tucker, said Cowan’s coaching background helped him develop the perfect skill set to succeed in his second career.

“To be successful in a coaching endeavor, you have to be a very disciplined, focused, driven person,” Litten said. “Those are the same skills Robert has brought to real estate.”

Now, Cowan considers his position at FC Tucker the best job he’s ever had because he enjoys getting to know and help local families. He’s been invited to clients’ weddings, even giving away a bride whose father had died.

“I’ve been blessed to become a part of these people’s lives and vice versa,” Cowan said. 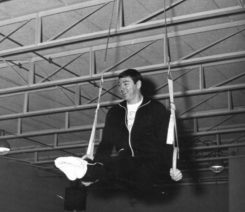 Cowan’s co-workers recognized his commitment to his clients and nominated him to receive the Fred Tucker Sr. Award, the company’s highest honor. He’s also a lifetime member of the FC Tucker President’s Club, which is reserved for FC Tucker’s most successful agents.

“When he comes into the office he’s always got a smile on his face. He always goes out of his way to be kind to people,” Litten said. “I’m sure that’s translated into the reason he’s had the success he’s had.”

Cowan has long been thankful for the support of his company, but his appreciation went to a new level in 2012 when he was diagnosed with lymphoma. He went through chemotherapy, radiation, a stem-cell transplant and an experimental drug before being declared cancer-free two years later – the exact same day his wife was diagnosed with breast cancer.

During that time, he said coworkers listed and sold houses for him, “not taking a penny of that.”

“Through all of that, my company has been a rock behind me,” Cowan said.

Although he held a top position in the USA gymnastics program, Robert Cowan said that he “wasn’t very good” as a gymnast. But he had the skills to help others succeed.

“I was a very, very good spotter, and I learned a lot about technique and coaching methods,” he said. “I was a constant student, always watching films, reading books, going to seminars.”

He found inspiration from Béla Károlyi, former coach for U.S. and Romanian Olympic gymnastics teams, who excelled at water polo, not gymnastics. Cowan said he and Károlyi have previously been roommates and are still good friends.