You are at:Home»Current in Fishers»Fishers police investigating serious crash between car, motorcycle 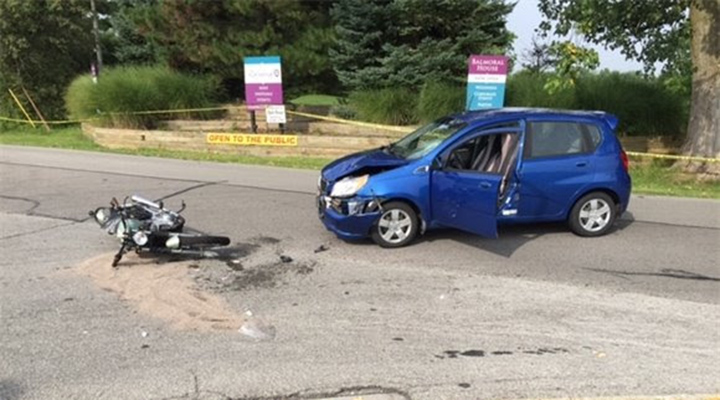 A Chevrolet car and Suzuki motorcycle crashed at the intersection of Willowview and Masters roads Aug. 1. (Submitted photo)

An Aug. 1 crash between a Chevrolet passenger car and Suzuki motorcycle in Fishers left one Indianapolis man injured.

The crash occurred shortly before 9 a.m. Aug. 1 at the intersection of Willowview and Masters roads. Based on evidence collected at the scene by crash investigators and evidence technicians, as well as witness statements, it appeared the Chevrolet was attempting to turn southbound onto Masters and turned in front of the motorcycle.

As of press time, it did not appear neither driver — Joseph Harris, 54, and Steven Martin, 67, both of Indianapolis — were under the influence of drugs or alcohol.