You are at:Home»Current in Carmel»Carmelfest 2016: Chairman: Experience makes for better event 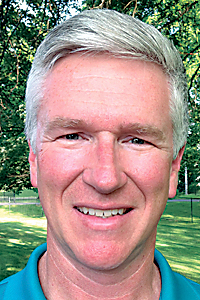 As a CarmelFest volunteer for five years, Gary Sexton seemed well prepared for his role as CarmelFest chairman last year.

Yet nothing is quite as valuable as a year of experience in that role.

“Experience is important for learning what roadblocks lie ahead and how to better deal with it,” said Sexton, in the second year of a three-year chairman stint. “So I feel I’m better prepared to handle little situations that arise, preparing for the festival as well as things that occur during the festival.”

Sexton said he realized he couldn’t be in several places at once during the July 3 and 4 festival.

“I rely on a huge number of volunteers and committee people that are super helpful and have a lot of years of experience doing what they do,” said Sexton, who had been charge of the facilities committee before taking the chairman’s post.

“I’ve learned a lot from previous chairmen, Gary Frey and Jeff Worrell, who have really lent their support and expertise in helping me transition from year to year with the planning and execution of the event,” Sexton said. “My whole team has been phenomenal as far as taking ownership of their roles.”

“The quality of our entrants has never been better,” Sexton said. “Every year, we’re excited to have a better and better parade with more entertainment, more things to see, more floats, more music.”

“The parade route is two miles long, and people are three and four deep on both sides of the road for that whole distance,” Sexton said. “You have to get your lawn chair out really early, because if you wait until the day of the parade, there is not a space for a lawn chair anywhere.”

Sexton will conclude his chairmanship after the 2017 festival.

“I’m looking forward to recruiting the next co-chair for next year and help that person transition into the role and pass along everything I’ve learned over the last couple of years,” Sexton said.