You are at:Home»Current in Carmel»Carmelfest 2016: Safety measures in place to protect record crowds 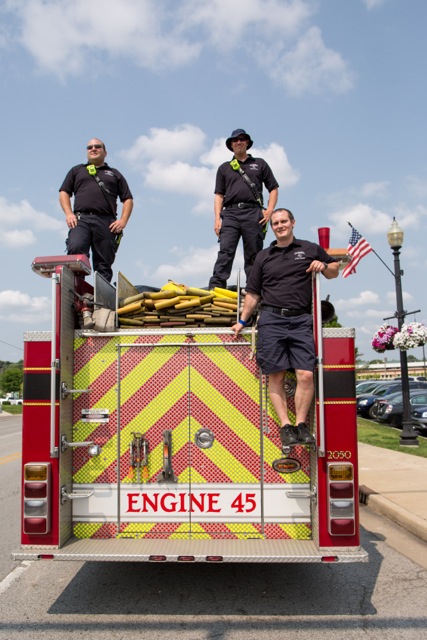 The 2015 CarmelFest saw a record number of attendees, with approximately 60,000 guests enjoying the festivities, 10,000 to 20,000 more attendees than most years. Organizers expect this year’s attendance could be just as big – or bigger – and are putting safety measures in place to protect the crowds.

The Carmel police and fire departments have been working with the CarmelFest committee for years now, and a detailed safety plan is always discussed two weeks prior to the festival.

“CarmelFest is one of the few events—probably the only event—all year where all divisions of the police department are involved,” Horner said.

A police tent will be in the southwest corner of the MarketPlace by the fire station. This is the first place for guests to look for a lost child, which police said is one of the two most common safety issues to occur. The other is heat-related problems, such as heat stroke.

Last year, the CarmelFest committee introduced a new rule: no pets. This will be more strongly enforced this year to keep attendees as safe as possible.

“We want everyone to feel safe. So why not take that extra step?” said CarmelFest Public Relations Director Cindy Roberts-Greiner.

Public safety officers recommend attendees have patience, especially with large crowds. Families should have a plan ready in case they become separated. Attendees can always ask a public safety officer for help. The fire department also welcomes families inside the station during the festival.

“The crowd, as big as it may get, as hot as it may be, is very courteous,” Roberts-Greiner said. “They keep it a family-friendly atmosphere.”