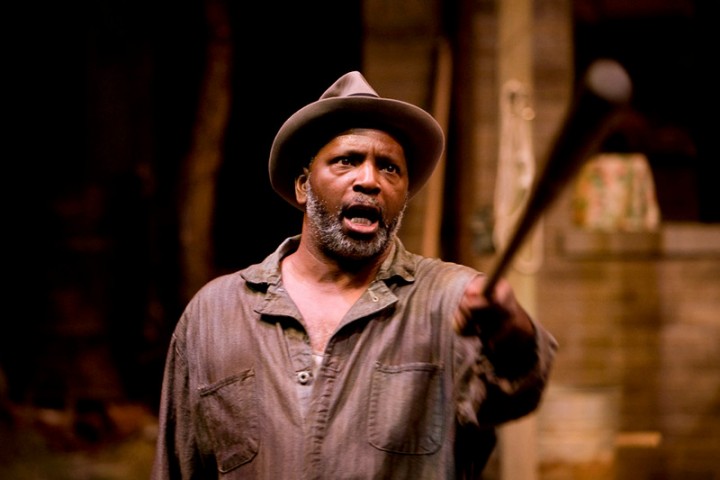 David Alan Anderson will return to the stage as Troy in “Fences,” a story about a sanitation worker who used to be a Negro League all-star baseball player. (Submitted photo)

When August Wilson’s “Fences” made its debut 20 years ago at the Indianapolis Repertory Theater, a young local baseball fan played the son of Troy Maxson, the subject of Wilson’s Pulitzer-prize winning play about racism in 1950’s America. When the play returns to the IRT Mainstage, March 9 through April 3, that kid fan will now step to the plate as Troy himself.

“At the time, I never imagined playing Troy,” said David Alan Anderson, who played the son Lyons in 1996. “I don’t think it crossed my mind. I was so focused on soaking up as much as I could, given the theater giants involved with that production – Marion McClinton directing, and, of course, the late John Henry Redwood (he died in 2003 of a heart attack) as Troy. Troy is such a larger-than-life character and John Henry, in some ways, was a larger-than-life figure, too.”

“Fences” tells the story of sanitation worker Troy Maxson, a former Negro League all-star baseball player whose opportunity to play in the Major Leagues was blocked by racism in the pre-Jackie Robinson era. Maxson struggles to provide for his family and escape the boundaries imposed upon him.

Anderson got his chance to first play Troy in 2012 at the Denver Theatre Center. Lou Bellamy, directing the IRT production, also directed in Denver.

“Playing Troy has been a great challenge made easier by the fact that Lou and I share similar thoughts about how the character should be portrayed,” said Anderson, who has acted in more than 20 plays and directed two at the IRT. “As I look back on it (in 1966), I observed how much effort it took on the part of John Henry to drive the play. I learned more about the importance of adhering to the rhythm of the play.”

Growing up in Indianapolis and graduating from Tech High School, Anderson confessed to dreaming of playing professional baseball. He was a huge Cincinnati Reds fan during the Big Red Machine era of the ‘70s and attended several Indianapolis Indians games. He even saw the Indianapolis Clowns of the Negro League in their waning years.

Asked what Troy Maxson might think about today’s major leagues, Anderson said he would be deeply bitter about his missed opportunity.

“And he’d probably think they are making too much money,” he said.

Tickets: $25-59 adults, $20 students (recommended for grades 9-12 due to strong language and mature themes) at the box office or online at www.tickets.irtlive.com.