You are at:Home»Current in Westfield»Club Hub implemented at Westfield High School 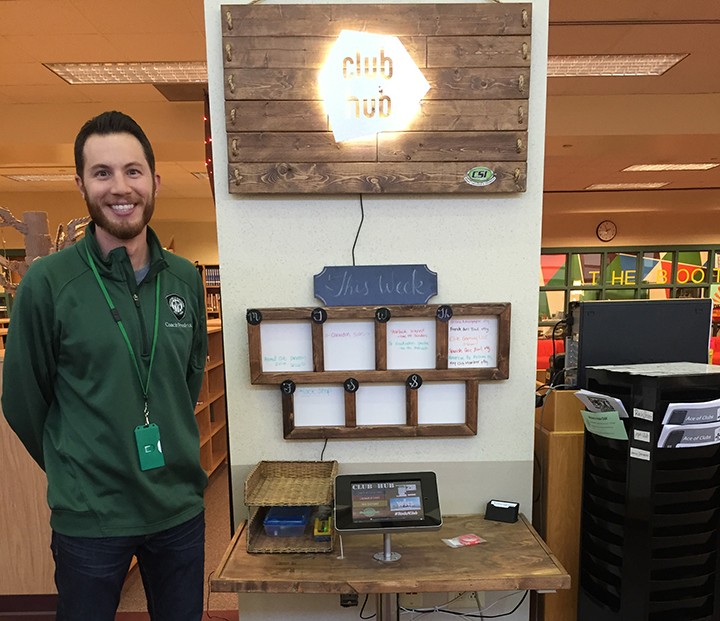 Kurt Frederick has a vision that 100 percent of the students at Westfield High School will become involved in some type of after school activity, whether it’s sports or a club.

Frederick is part of a group of teachers with a common interest in extracurricular options that try to unite the students with those activities. The Club Hub, one of the plans to encourage students to pursue extracurricular activities, was launched at the end of last month.

“It was a collaborative venture between teachers on staff that met to talk about how we can connect students through curricular activities,” Frederick said.

The Club Hub makes its home in the library at WHS, where students can browse on an iPad with schoolwide club information. There is also a bulletin board Frederick clears and resets each week that details which clubs meet and when.

“It became a big mash of ingenuity,” Frederick said. “A collection of creative minds and so many people wanted to take on a part of it, and it ended up looking like it does today.”

One student even designed the lit-up sign that was sponsored by Westfield’s CSI signs. The group received a grant from the Westfield Washington Education Foundation for $84.47 to use toward the sign and the iPad application that drives the kiosk.

Currently, there are 68 clubs students can choose to participate in. Another feature of the Club Hub is students can fill out an application to start a club of their own.

“What I just hope is that students don’t have to tell themselves they can’t get involved because they don’t know what’s out there or who sponsors what or when they meet,” Frederick said. “Now it’s all open during the school day. We are operating under the goal of wanting 100 percent of students involved in at least one after school activity.”

Use the hashtag #RockAClub on social media to see what the Club Hub is up to.