You are at:Home»Current in Fishers»Obituary: Robert “Bob” Lee Stewart 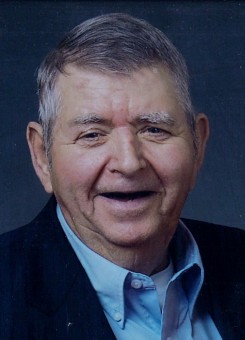 Robert “Bob” Lee Stewart, 76, of Lapel, passed away Jan. 30 in Fishers. He was born to Henry Lee and Georgia Ruth (Heckathorn) Stewart in Brownsburg. After moving to Castleton, Bob graduated from Lawrence Central High School in 1957.

Upon graduation, Bob started a career in farming. He also worked as a diesel technician for 12 years for Reynold’s Farm Equipment, and was a volunteer fireman for Castleton Fire Department for several years. Bob was an active and dedicated member of his community. He was a member of Hamilton Lodge No. 533 F&AM in Fishers. An active supporter of 4-H, Bob was a member of the Hamilton County 4-H Council, a 4-H leader for five years, and swine barn superintendent. He served on the Hamilton Co. Soil and Water Conservation District as superintendent for seven years. Bob also supported Hamilton Southeastern High School athletics for several years by setting off fireworks at the football games. Bob was a longtime member of Fishers United Methodist Church. His biggest joy in church was teaching disciple class for 20 years. In his later years, he attended Trinity United Methodist Church in Lapel. Bob’s greatest joy in life was raising four wonderful children.