You are at:Home»Current in Carmel»Carmel Education»Prasad sets sights on national spelling bee semifinals 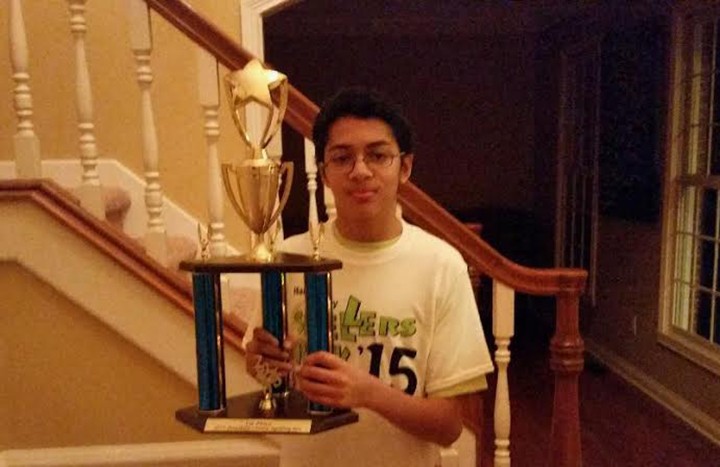 Remaining calm was an even bigger one, Prasad said.

“I kept my composure really well,” he said.

That helped the 12-year-old Prasad top many older competitors in the Hamilton County Spelling bee competition, which runs through eighth grade.

By winning the county title at the Monon Community Center on March 16, Prasad advanced to the national competition, which begins March 26 in National Harbor, Md. Prasad will be traveling to the Washington, D.C. area with his parents, Srimathi and Dandi, and twin seven-year-old sisters.

Of the competitors, there are 196 in either seventh or eighth grade. There are three 9-year-olds, the youngest contestants.

“That (making semifinals) will set a base for the next two years,” Prasad said “I’ve been capitalizing on the resources on the spelling bee website. I’m trying to read books as much as I can to see if they have new interesting words.”

Prasad said he knew most of the words in the county spelling bee well, but “narcissistic” gave him a tense moment.

“I nearly got lost halfway through the word,” Prasad said. “Those really long words make me hesitate a little bit.”

Prasad said the competition was long.

“It was all about outlasting everyone else,” Prasad said.