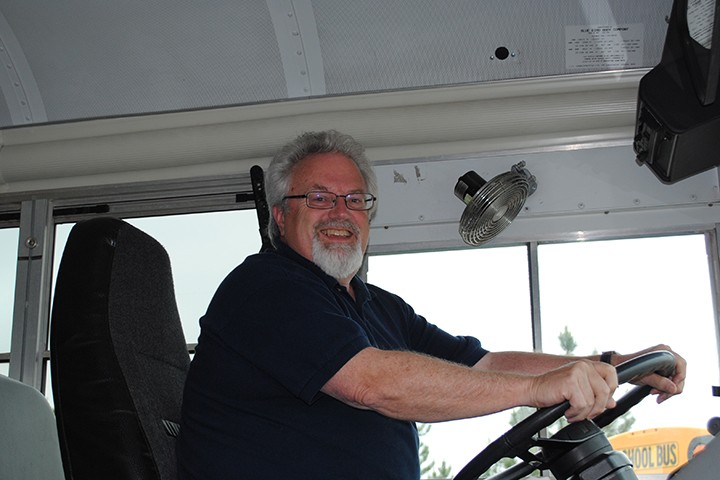 Dave Barthelmes took the wheel of a school bus for the first time May 16. He was one of nine people to test drive one of the massive vehicles at Zionsville Community Schools’ Community Day at the Transportation Center on May 16.

“I was interested to see how it feels to drive one and see if it’s something I’m interested in,” Barthelmes said. “It’s a little intimidating at first. You just have to drive it, it’s like anything else.”

The day was set to try to recruit candidates for bus drivers, as the district is facing a shortage of them next school year because of retirement, out-of-state moves and other reasons.

Barthelmes, 61, was curious if it might be a good fit when he retires from his current job. The Zionsville resident said this was an excellent way to learn about the job.

“You can get a lot done it a short period of time,” Barthelmes said. “It’s more of a relaxed atmosphere. You’re not sitting in a room, asking questions.”

A bus driver offered Barthelmes tips before and after his test drive.

ZCS transportation director Amy Eaton said they are looking to fill six to 10 driving spots for the fall.

“It’s been pretty successful for the first time we’ve done it,” Eaton said.

Susan Cleary, of the ZCS human resources department, said the event allowed staff members to discuss the application process one-on-one. ZCS pays $10 during training and then pay is $16.75 per hour during the probationary period. The average work week is 25 hours with a potential for more hours with field trips.