You are at:Home»Current in Fishers»Oaklandon Civic presents Spring Production 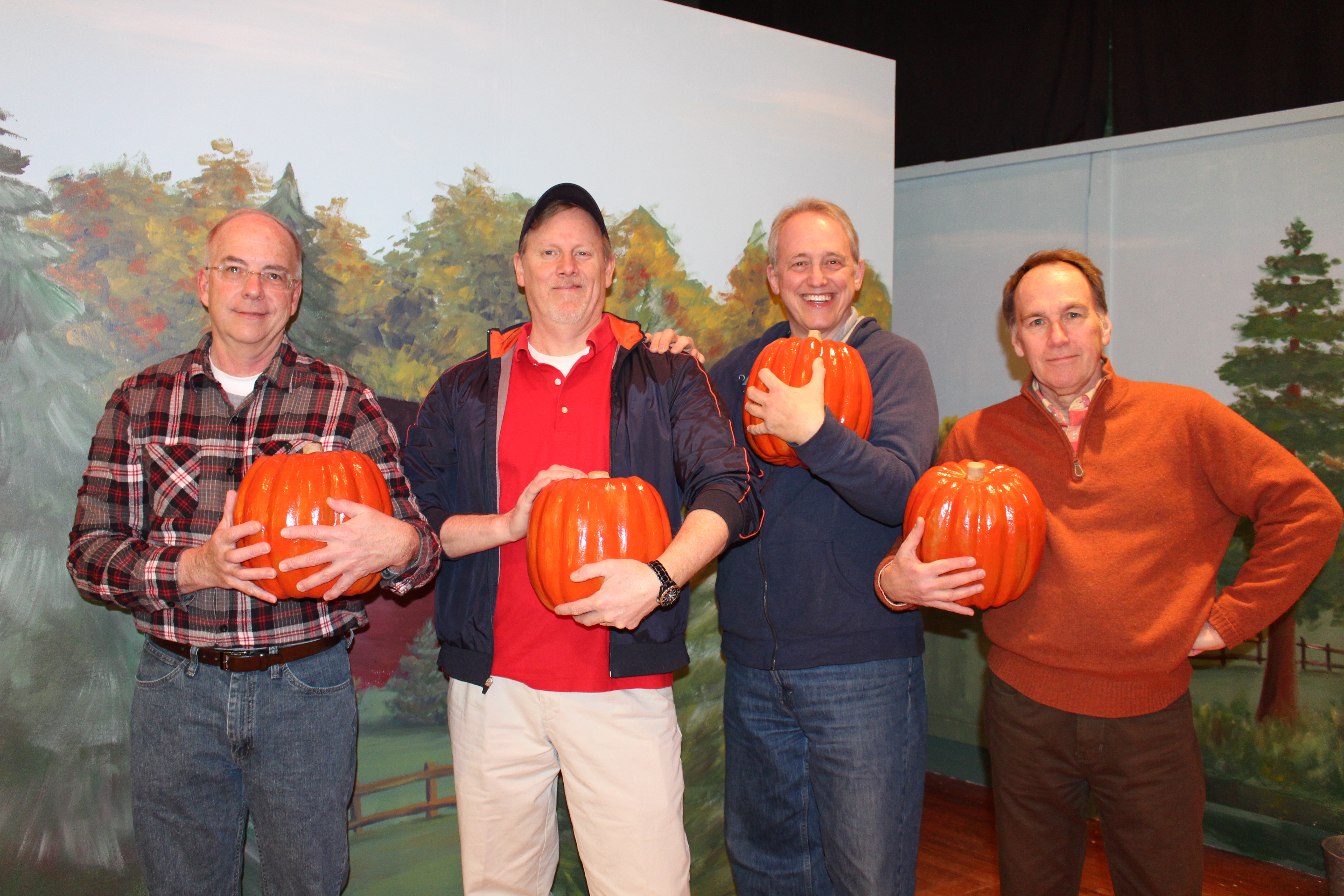 The men of Harmony prepare for the annual pumpkin toss. From left to right: James Hayes, Dave Surina, Will Carlson and Jeff Maess. (Submitted photo)

Oaklandon Civic Theatre will present its spring production, on March 14. “Corn and Sausage in Harmony.”

Local playwright and actor Jim Trofatter is the writer and director of this play about Harmony, a small town preparing for its September Corn and Sausage Days. Audiences will be mesmerized by the antics of the Odd Fellows Lodge members, secrets kept by the Sausage Queen and the interactions of the rest of the townsfolk.

“I think adults will appreciate the humor, and it is G-rated,” said Trofatter.

The theater, 6450 Oaklandon Road, has been operating for 10 years and offers two productions per year. The upcoming fall production marks its 10-year anniversary as it will be a repeat of the very first production of 2004. The play is “Making a Killing” and will star most of the original actors.

Oaklandon Civic Theatre is volunteer-run and many cast members who participate in shows ask to come back.

“The actors are committed,” said Donna Wing, theater founder and artistic director. “We try to bring in people who really enjoy working with each other,” she said. Wing also added that audience members often comment that the cast members seem to have a lot of fun together on stage.

Wing also makes sure audiences have a good time. “We do a customer-oriented experience,” she said. “We really try to enhance hospitality in the theater.

“One thing that has been said to us repeatedly is that we are a very friendly, intimate escape.”

Trofatter has been involved with Oaklandon Civic Theatre since it started and said he believes it benefits the local community. “I think we do plays that are just as good quality-wise as the ones in downtown Indy,” he said.

Trofatter said hopes audiences enjoy “Corn and Sausage in Harmony” and said he believes the characters will resonate with those familiar with small towns. “You’ll be watching the characters on the stage and you’ll go, ‘I know that person!’” he said.

“Corn and Sausage in Harmony” opens on March 14 at 8 p.m. Additional performances take place on March 15, March 21 and 22 at 8 p.m. and March 16 and 23 at 2 p.m. Visit oaklandoncivictheatre.org for more information.