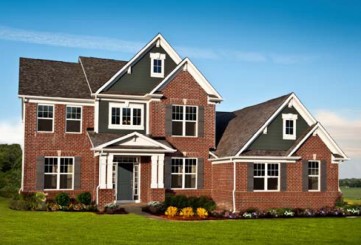 What happened: A spokesman for developer Corby Thompson presented the plan for the Ashmoor subdivision

What it means: The subdivision would be located on the southwest corner of 131st Street and Shelbourne Road, featuring homes priced at around $500,000. During the public hearing, some neighbors from adjacent subdivisions expressed concerns about the density of the homes and possible “overcrowding.” The developer claims the home density would be about 1.33 homes per acre. They also noted there would be 13 acres of open space for a park and retention pond.

What’s next: The development will be discussed in the Land Use, Annexation and Economic Development Committee meeting at 5:30 p.m. March 25.

What happened:  Edward Rose and Sons presented its plans for The District.

What it means:  T new $80 million development would feature apartments, town homes, retail shops and a hotel north of the Meijer on Old Meridian Street and extending to Main Street to the north. According to the plans, apartments would be located to the east and senior living would be located to the west. Town homes would be available to rent and buy. Construction could start in the first quarter of 2015. No member of the public spoke out against the project at the meeting.

What’s next: The development will be discussed in the Land Use, Annexation and Economic Development Committee meeting at 5:30 p.m. March 25

What it means:  Under Old Business, new readings were presented of the following ordinances: Support for the Arts Fund,” “Adoption of a Stormwater User Fee,” “Amendment of Noise Regulations,” “Amendment of the Comprehensive Plan.” There was no further discussion at the meeting.

What’s next: The Utilities, Transportation and Public Safety committee discussed the stormwater utility and noise ordinance on March 6

In other news: City Councilor Ron Carter was absent. City Councilor Sue Finkam showed a video presentation to thank road crews and city officials who helped clear the streets during severe snow this winter. Plaques were given to several in attendance.