You are at:Home»Current in Carmel»Carmel Community»Wrapped in Love diaper drive underway 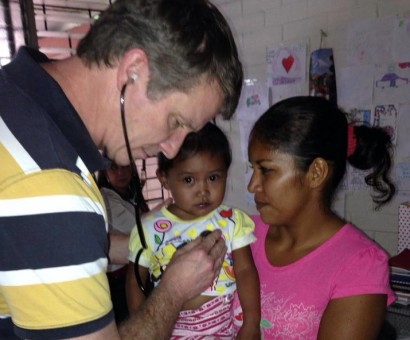 Steve Schwartz, owner of Ballerinas and Bruisers, has made many connections with his customers through the years, but none compares to a recent chat with a customer. It was from this one conversation that the Wrapped in Love diaper drive was conceived. 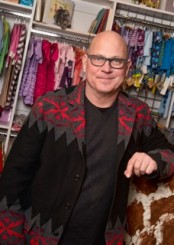 While speaking with Dr. Chuck Dietzen, founder of Timmy Global Heath, Schwartz learned of the dire conditions many families at the Benjamin Bloom Children’s Hospital in San Salvador, El Salvador are forced to endure.

Dietzen had just returned from El Salvador on one of his many mission trips. He observed patients’ parents reusing disposable diapers because they are both unaffordable and often unavailable.

Schwartz recalled the story he heard with sadness.

“He was a little disturbed at what transpired there. It was moms wringing out their disposal diapers so they could reuse them. And there was a little boy sitting at the entrance of the hospital with a diaper that had to have been three days full,” he Schwartz.

Currently, disposal diapers in El Salvador cost $1, when most of the families there earn, on average, $1 to $4 per day.

Schwartz’s heart went out to these families, who inspired him to organize the Wrapped in Love diaper drive to benefit the People Helping People Network and the families of the Bloom Children’s Hospital in El Salvador.

“I was thrilled with his reaction,” said Dietzen. “It is great when you have people in your own community whom you can come home and tell what you experienced, and have them grab onto it and say, ‘We’ll [help].’”

Both Ballerinas and Bruisers in Zionsville and SoHo Café and Gallery in Carmel will be collecting packages of disposal diapers from Feb. 15 through March 1. Patrons can also donate gift cards from Target, Meijer or Costco to purchase diapers.

The People Helping People Network will send the diaper donations, along with a larger effort to bring urgent medical supplies to Bloom Children’s Hospital in El Salvador. The goal is to fill one large shipping container to be sent in mid-March.

Accepting donations of disposable diapers in ANY size and gift cards toward the purchase of new diapers from Target, Meijer or Costco