You are at:Home»Current in Fishers»Trivia night raises funds for Fishers firefighters 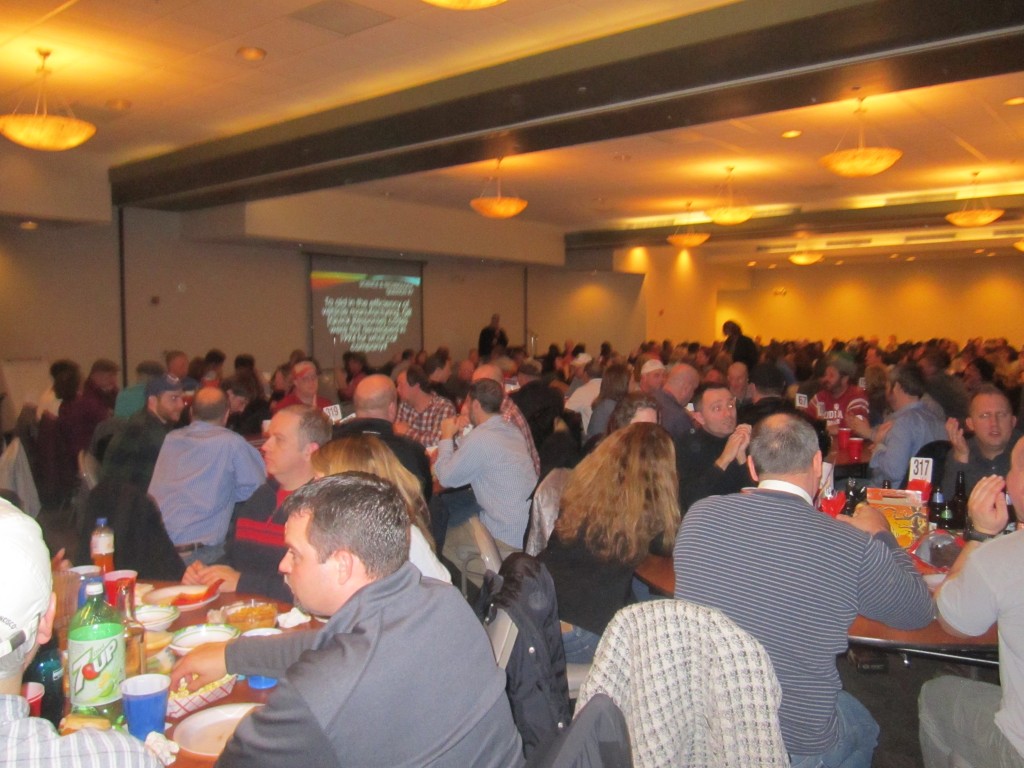 What originally began as a fun trivia night among friends has grown into an annual event to help Hamilton County firefighters who have families with ongoing medical needs.

The fifth annual Firefighters Fathead Challenge was held Feb. 8 at Delaware Township Community Center in Fishers. The event, organized by the firefighters of Hamilton County Local #4416, is a fun night of trivia games for adults to give back to the men and women who serve our community that need help paying their children’s medical bills, travel expenses, medication or other specific needs.

The idea for the event began with Dave and Michelle Bobo. Dave is a Lieutenant at the Fishers Fire Dept. After attending a trivia game night, Michelle said she and her husband enjoyed the evening so much they decided to organize events at their house with friends on a regular basis.

“It caught on,” Michelle said. “We decided if we were going to continue this it had to be for a purpose.”

John Mehling, captain of Fishers Fire & Emergency Services, and his wife, Jenny, are a few of the Bobo’s family friends that attended the trivia games. The Mehlings have a 15-year-old son, Noah, who has Hunters Syndrome, a rare genetic disorder that there is treatment for, but no cure.

“We are lucky to have our son and pray daily for an answer to come,” Mehling said. “Part of that answer is coming from a group of firefighters and their families who wanted to help. Through the Fathead Challenge, money has been donated to the MPS Society to research a cure. Each of these organizers, donors, players and supporters have a direct investment in the cure to save Noah. Their generosity for a teenage boy that most do not know is priceless. What have these people given to us? A tomorrow.”

The Fathead Challenge has teams of eight players that answer trivia questions from categories such as geography, history, sports, entertainment, etc. Food and beverages are included in the price of admission.

This year, there were 62 community businesses that donated raffle prizes. A rough estimate of $10,000 was donated as well, according to Michelle.

The funds will also be helping firefighter Paul Ashby and his wife, Lisa, with their medical bills. Their son, Caleb, 5, was born with Down Syndrome and club feet, which he needs ongoing surgeries for.

“We’ve been able to pay for additional surgeries and do more for him with additional cost,” Paul said.  “As a parent you do everything you can for your child. The money helps.”