You are at:Home»Current in Carmel»Carmel officials divided over parking garage loan payment

A quiet war of wills has been waged for the past month between the Carmel Redevelopment Commission and the Clerk-Treasurer along with some members of the city council. This time, it’s in reference to the City Center parking garage.

The parking garage, which is currently valued by the CRC at $13.8 million, was purchased by the CRC from Pedcor for $22.5 million in 2011, according to documents provided by the Clerk-Treasurer. 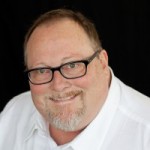 The original purchase contracts drafted by CRC attorney Karl Haas called for three separate debt instruments in the amounts of a main $17 million loan and $4.5 million and $1 million secondary loans.

The $17 million debt instrument was rolled into the refinanced CRC debt in 2012, and the two secondary debts remained payable to Village Financial, a subsidiary of Pedcor, according to City Councilor Luci Snyder.

‘We have to keep paying him’

Cordray said she felt that there was not adequate documentation for the invoices, brought those concerns to a member of the city council and withheld payment.

The original loan agreements contained charts that showed no principal payments would be due until 2019 with blank entries for the previous years.

After the city council agreed to bail out the CRC in 2012, the contracts were amended to reflect only the two secondary debts, but the council was assured that no substantive changes were made to the agreement.

“It was obvious at yesterday’s meeting that the documents in question were so complex and often conflicting that it took the scrutiny and expertise of a dozen people to figure them out,” Snyder said. “At the end of the meeting I asked Karl (Haas) if he does this as a game, just to see how long it takes us to justify an action relying on his documents which often do not use the same terminology. But perhaps the answer is simpler; if everything is so complex, we have to keep paying him just to understand what we’ve done or need to do. He is responsible.”

In response to requests for clarification on the invoices, Matthes sent an email stating that the amended agreements called for interest to be paid on loans beginning in 2014 if surplus Pedcor TIF existed, and confirmed that the invoices were correct, due and payable. 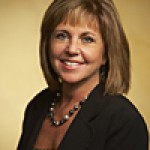 In the same email, Matthes also stated that her firm was retained by Pedcor in the fall of 2013 to make the calculation of the anticipated repayment of the secondary agreements.

However, in an email dated Feb. 11, Matthes stated that the interest was calculated incorrectly, and that only $6,348.76 was due. The following day she sent yet another email stating that the original amount was correct, and assured the council that the CRC did, in fact, owe Village Financial $83,709.56.

“In any financial transaction, you want to have separate people representing both sides,” Seidensticker said. “We have a case where the same firm is generating the amount due that’s verifying the amount due. You can’t serve two masters.”

“I do not see this as a conflict because it is an objective calculation that all these parties are required to make in accordance with the Transaction Agreement,” Matthes said. “Umbaugh is an independent Certified Public Accounting firm and an independent Financial Advisory firm, and also uniquely qualified to make/verify this calculation because of our experience with the CRC’s tax increment and outstanding obligations.”

Members of the CRC board and the mayor have questioned whether Cordray has the authority to withhold payment.

“The reason we are confused is because Diana never asked us for any documentation,” CRC board member Jeff Worrell said. “If she was missing documentation she could have just called us and asked for it. I have a copy of the contract myself.”

Cordray maintains that her job is to pay bills that are accompanied by appropriate documentation, and it’s the job of every department in the city to provide that documentation. Cordray stated that when she questioned CRC financial consultant Mike Lee about supporting documents, he simply replied via email that the invoices were valid.

“I support the Clerk-Treasurer withholding payment on any check – City or CRC – when she has questions,” said City Councilor Sue Finkam. “Additionally, I believe if a problem cannot be resolved, the Clerk-Treasurer should notify the entire council, in writing. In this instance, Diana notified only one council member. We should continue together to work on matters of communication and transparency.”

When asked if he felt that Cordray’s actions in questioning the invoices and investigating the contracts were merited, Brainard said, “The questions should have been raised prior to putting the city in default.”

‘Either way, we have to pay’

Seidensticker also questioned the structure of the agreements and the timing of the payments.

“If the agreements were structured to pay a 2014 invoice with 2014 TIF, we were set up to fail, because we won’t have that TIF until June. So we’re being asked to pay a bill with money we haven’t received yet,” he said.

“I believe the best way to avoid further situations like this is to have the Clerk-Treasurer more actively involved in CRC matters, so when if a question arises the Clerk-Treasurer and the CRC staff will feel comfortable in working together to resolve the issue,” Finkam said. “It’s my understanding that neither Diana nor any of her staff have attended CRC meetings since the ordinance made her CRC Treasurer.”

Finkam said the Council supported the idea of the Clerk-Treasurer retaining consultant Jim Higgins to provide a link between the CRC and the Clerk-Treasurer and that she would meet with Cordray next week to find out how she plans to fill the communications and accounting gap.

“But ultimately, the council does not have the authority to deny a disbursement that the CRC has approved,” Seidensticker said. “The check will be released, and the taxpayers may have to pay the late fee associated with the resulting confusion surrounding these bills.”