You are at:Home»Current in Carmel»Cash-poor CRC has $200M in real estate

The Carmel Redevelopment Commission has plenty it would like to sell – a little over $200 million worth. 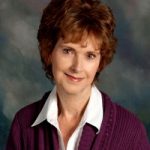 As Carmel Clerk-Treasurer Diana Cordray and her staff sort through the documents the CRC provided to them, they have discovered a list of the real estate holdings the commission has accumulated. Cordray showed this list in an executive summary, which she presented to the City Council on Feb. 3.

Her summary reads, in part: “This issue is complex, but our effort is directed at locating the legal documents related to real estate acquisition and to enable the public to transparently track and comprehend the various real estate transactions conducted by the CRC.”

“Should the right offer be presented to the CRC, we will consider it,” he said.

As for the rest of the holdings, Worrell said that they were “opportunities not yet fully developed.”

It is unclear whether the CRC obtained appraisals on these properties before purchasing them. For example, the “Parcel 5 parking garage” (which is the City Center parking garage) was purchased in 2011 for $22.5 million, according to an installment purchase agreement the CRC entered into with a Pedcor affiliate. Yet the stated value on the 2013 holdings report is $13.8 million.

It is also unclear whether the CRC was even obligated to obtain appraisals, as municipalities are. Indiana Code doesn’t explicitly specify that appraisals are required.

IC 36-7-14-19(b) reads: “The prices to be offered may not exceed the average of two (2) independent appraisals of fair market value procured by the commission except that appraisals are not required in transactions with other governmental agencies. … Appraisals made under this section are for the information of the commission and are not open for public inspection.”

The State Board of Accounts declined to address the issue and directed the question to the Indiana Attorney General.

Brian Corbin, the Indiana Attorney General’s Office’s public information officer, said, “This question is outside our jurisdiction. We do not represent local government. We represent the state. We are not here to interpret the law for you and we do not provide free legal advice. We are not the ‘ask a lawyer’ hotline.”

No further legal interpretation was available as of press time.