You are at:Home»Current in Fishers»Cox files paperwork for Fishers mayor run

Renee Cox, Fishers Town Council member, has filed paperwork seeking the Republican nomination to be the first mayor of Fishers. 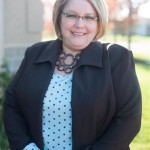 “I listen to Fishers voters and try to make sure their voices are heard,” she said. “My experience and vision make me uniquely qualified to transition Fishers from a town to a city.  I look forward to serving the residents of Fishers (if elected) as their mayor.”

In Cox’s three years on the Fishers Town Council, she said she fought for lower taxes and limited government.

“I was the only town councilor to fight the Fishers Food and Beverage Tax,” she said. “By defeating the tax proposal, I kept taxes low for Fishers families and enabled Fishers to foster a positive environment for small businesses.”

From January 2010 to December 2010, Cox was the president of the Fall Creek Township Board She serves as the vice president of the Hoosier Heritage Port Authority and is the council representative on the Parks Advisory Committee.

Cox has also served as a past vice president of the Fishers Station Kiwanis Club and is currently a membership chair of the Geist Kiwanis Club. She is a member of the Hamilton County Federated Republican Women Club as well as the National Federation of Republican Women.

Cox has spent the last 13 years in sales, marketing and business development in the healthcare industry.

“I am a small business owner and enjoy utilizing my passions of helping others and educating them on how to save money on medications,” she said. “Some of my professional accomplishments include helping to grow a small, independent company from $250,000 annual revenues to over $25 million in seven years and working as a regional marketing associate for Omnicare, a Fortune 300 pharmaceutical services company.”

Cox and her husband David have lived in Fishers for eight years. They have a goddaughter, three nieces and two nephews.