You are at:Home»Current in Carmel»Carmel Education»17 sets of twins hope to set a record 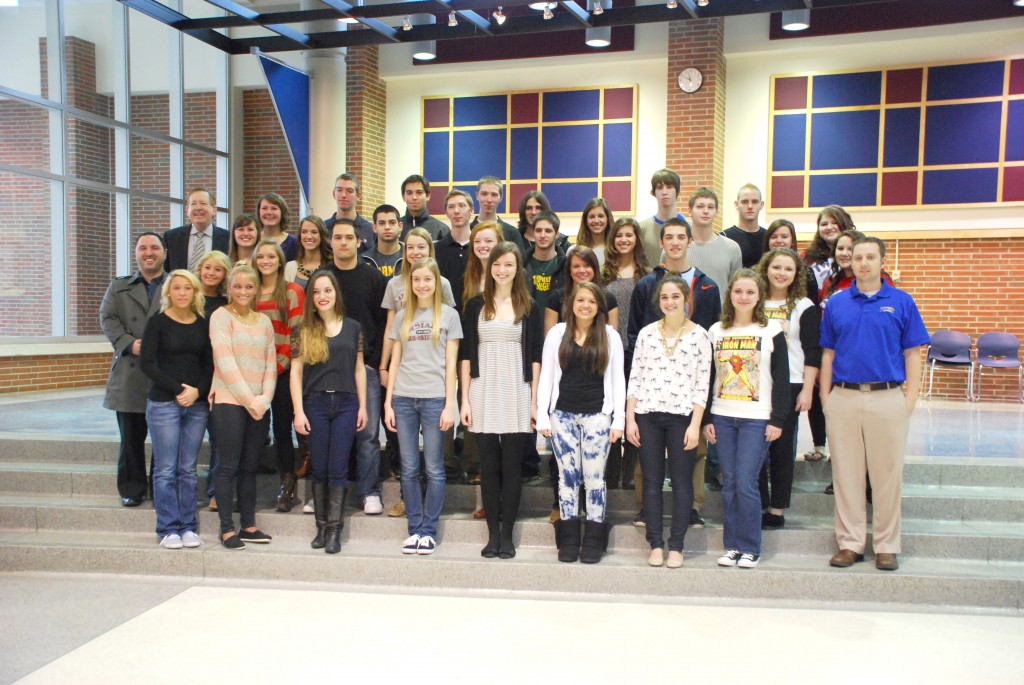 Wesley Drew, a Carmel High School social studies teacher and the organizer of the event, said, “(The previous record) was 16 twins, according to Guinness World Records, so 17 would put us just one over that.”

Maine South High School currently holds the record for the most twins in the same academic year at one school. The record was set in January of last year.

“They sent me a pretty thick packet, probably 30 or 40 sheets of information, on what we had to do. After that, I read through the information, and I started to get in touch with the kids because I wanted to get them organized first,” Drew said. “From that point, I started talking to community leaders to try to get witnesses from outside the school to come witness the event and so we got (Mayor Jim) Brainard, (and) we have the Carmel police department.”

Sam and Andrew DiCarlo, two Carmel high school students, were the twins who came up with the idea of trying to break the world records.

“Zionsville was trying to beat it last year, and that’s how (Sam) got the idea,” Andrew said.

After he got the idea, they started to prepare for the attempt.

“(Sam) pretty much proposed it to Mr. Williams, and Mr. Williams put Mr. Drew in charge, and Mr. Drew got the information ready, sent it to Guinness World Records and got all the twins (together),” Andrew said. “We had two meetings, and then Sam emailed Guinness to see what we had to do and got the claim IDs.”

CHS will likely break both world records unless they are beaten to the punch by another school also submitting information over the next few weeks. The process of submitting the evidence and receiving word back is lengthy.

“We’ll send it off, and my understanding is it takes anywhere from eight to 12 weeks to hear back after that,” Drew said. “I’m hopeful we’ll hear something by the end of the school year.”

Both Sam and Andrew said they believed that this was a unique high school experience.

“It’s something special that we can do for the Class of 2013 and get Carmel High School recognized,” Sam said.