You are at:Home»Current in Carmel»Carmel Community»Neighborhood seeking commitment on Tyner Woods 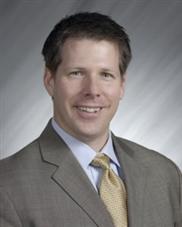 The Carmel Plan Commission’s Feb. 19 public hearing opened with a clarification from Butler Hyundai’s attorney Tim Ochs of Ice Miller.“We are not here tonight about a gasoline station.  And maybe I should repeat that,” he stated.

Plans include rerouting a portion of Randall Drive onto Butler’s property with a roundabout entrance to the dealership. The reroute aligns Randall with the existing traffic light to the west on 96th.

“We believe that’s an immensely safer traffic proposition than what exists there now,” Ochs said.

Ochs pointed out that Butler’s development team discussed this design with city engineer Mike McBride to address traffic and flooding concerns. “That (reroute) will be done at our cost,” Ochs stated.

About 100 residents from the Williamson Run neighborhood north of this property attended and expressed general support for the dealership but requested the commission address specific concerns before approving the plan.

Residents requested a commitment regarding Tyner Woods, the 19-acre northern parcel of the property that borders Williamson Run.

Homeowner and real estate agent Chris Dykes said, “Tyner Woods was designated as a certified forest and provided a beautiful buffer between our neighborhood and 96th street.”

Homeowner Julie Cooley explained that, in the past, nearby developments by Dan Young and Tom Woods included covenants restricting 24/7 business. “It’s not unreasonable for us to ask the same considerations from the Butler group,” she said.

“Our neighborhood is not anti-development,” stated homeowner David Frische.

Homeowners expressed concerns about increased traffic and suggested restrictions on test drives through the neighborhood.

Eric Powell, father of two young children who “will be learning to ride their bikes” in this neighborhood, asked for a review of potential traffic. “All we want is careful planning, careful development.”

“The commitments we’re willing to enter into deal with this project and this project only,” attorney Ochs explained. “Anything else is premature.”

The commission will review neighborhood concerns with the developer prior to the Special Studies Committee meeting March 6 at 6 p.m. They will also address issues with two small outlots flanking the dealership.

“The Williamson Run neighborhood will continue to be active participants in the next meeting on March 6th and on an on-going basis throughout this entire process,” said David Frische.

“Carmel has historically done a great job of encouraging new business development, while at the same time protecting the value of our neighborhoods,” Julie Cooley said. “So, we’re optimistic that the developer will now work with us, and a solution will be found.”