You are at:Home»Current in Westfield»Westfield Cover Stories»Field of Dreams: Business seeks to raise $700K to create Miracle League to allow children with disabilities to play baseball

A local business in Westfield hopes to make playing baseball a reality for children with disabilities starting this summer as it continues its push to secure $700,000 through a fundraising campaign.

Sue Estep and her husband, Chris, who have owned Roundtripper Sports Academy in Westfield since 1993, held a Jan. 6 fundraiser that benefitted the Miracle League of Westfield. As of Jan. 17, a total of $85,000 has been raised and fundraising will continue for the Miracle League.

The goal is to have the league up and running by this summer if the $700,000 in seed money can be secured, according to Sue Estep. 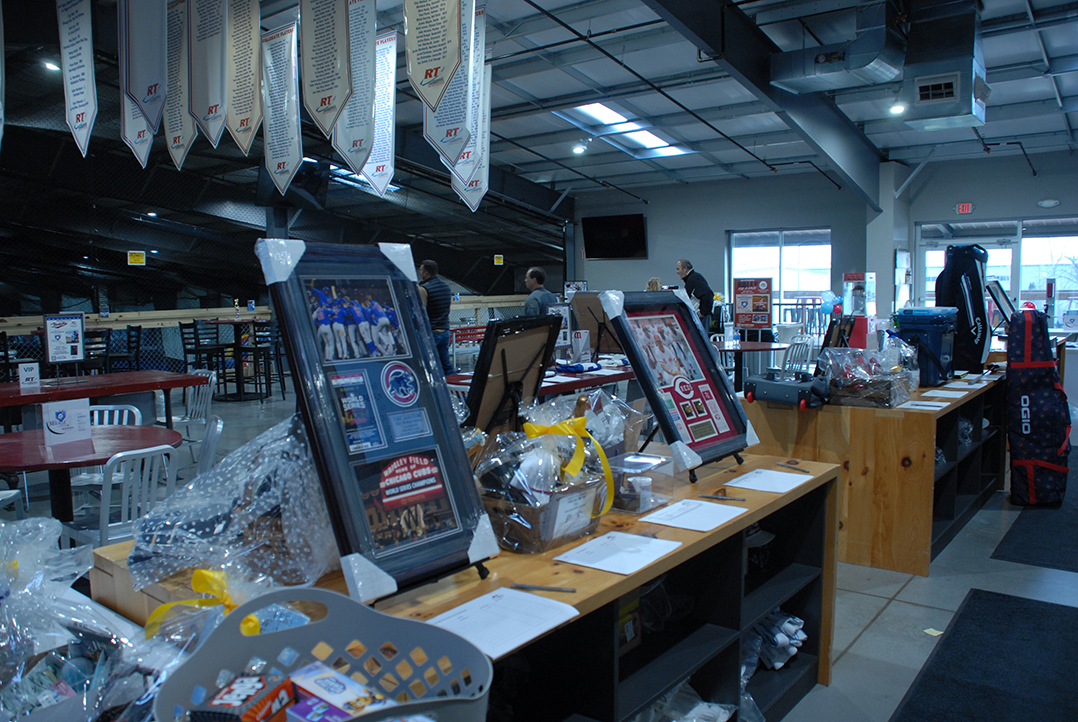 Sports memorabilia and other items were auctioned off during a fundraising event Jan. 6 at Roundtripper Sports Academy to benefit the Miracle League of Westfield. The academy is looking to raise a total of $700,000 to create a Miracle League.

Sue Estep said the proposed plan calls for one field to be built on Roundtripper’s property, but noted that she and her husband are committed to providing opportunities wherever they are needed.

“Our ultimate goal is that there will be no cost involved for families that want to participate,” Sue Estep said.

About 1,000 people visited Roundtripper Sports Academy during a family-friendly event and the Roundtripper Rally for a Cause for adults Jan. 6, according to Sue Estep. She remained optimistic the remaining funds can be raised to get the league up and running this summer, noting that a GoFundMe page has been established for individuals wishing to make a donation.

“So many kids have great abilities and sometimes aren’t given the chance to shine,” she said. “What this league allows us to do is to bring what we already do from a training standpoint to kids of all abilities and also allows us to have a place for young men and women who are aging out of school to have camaraderie, a connection to the community, and this will provide them that opportunity to continue that into adulthood.”

Westfield resident Adam Hoffman, whose 7-year-old daughter Londyn was born with an undiagnosed rare genetic disorder and is a two-time cancer survivor, said the idea of a Miracle League has been conceptualized over the past few years.

“We’re really excited to get the Miracle League off the ground here in Westfield,” Hoffman said. “We wanted, as a family, to give back to the community here in Westfield for all the support they’ve shown us over the last couple years.”

Hoffman said his family, the Vollmer family and other individuals ultimately came together with Roundtripper Sports Academy to make the Miracle League a reality. Hoffman, who grew up playing baseball and previously served as commissioner of Westfield youth baseball, said the Miracle League will be a benefit to individuals with disabilities.

“Seeing the joy that the game brings to so many kids, there’s still so many other kids that don’t get the opportunity to play because there are those barriers, there are those challenges they have, and we want to bring those down,” Hoffman said. “Take those barriers away and give them a place to play and see that joy and love of the game on their face.

He added: “This is just a phenomenal opportunity to bring that to life to Westfield.”

Hoffman also said with the presence of the Grand Park Sports Campus, he encourages the community to be inclusive for all individuals, especially as the city aims to bring visitors for various sporting events. He added that he believes the Miracle League will ultimately transform Westfield.

“It shows that Westfield is a forward-thinking community, an inclusive community,” he said. 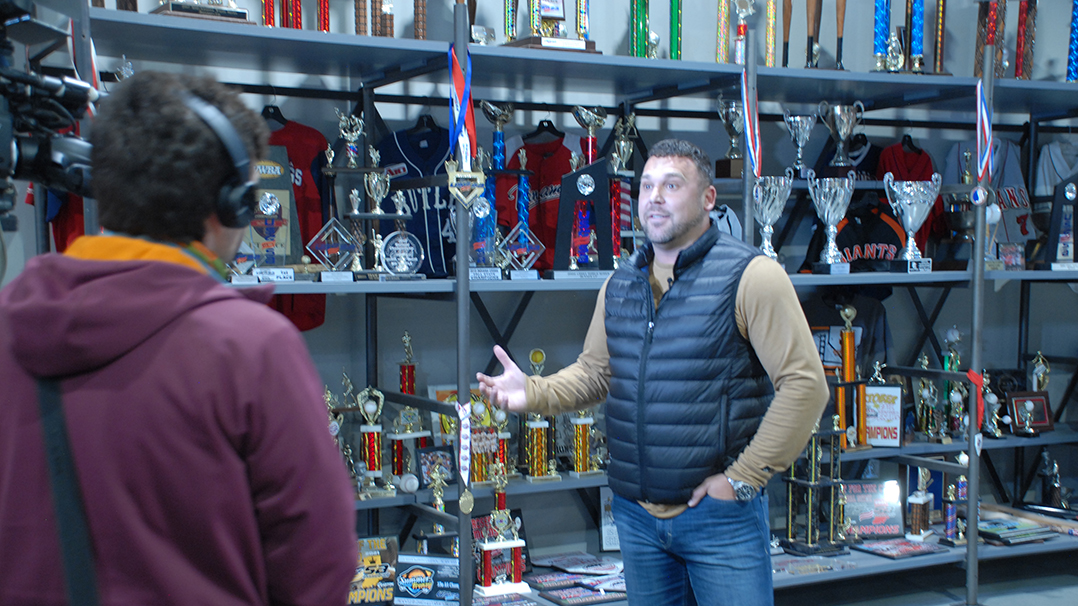 Westfield resident Adam Hoffman, right, speaks with a member of the media earlier this month about plans for a Miracle League at Roundtripper Sports Academy in Westfield. Officials are working to raise $700,000 to create a Miracle League. (Photos by Matthew Kent)

The public can donate in several ways. Individuals can donate by visiting https://give.onecause.com/playball.

A GoFundMe page has also been established at gofundme.com/f/ miracle-league-of-westfield.