Flexware Innovation, a Fishers-based software company, announced that Sam Chumbley was promoted to the role of vice president of business development on Dec. 20. Chumbley replaced Jeff Etchison, who is now Flexware’s vice president of strategic initiatives. 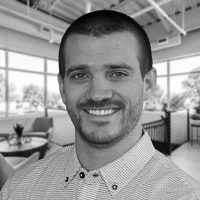 Chumbley, who has been with Flexware for about five years, will be responsible for driving the company’s sales and marketing efforts. He will work closely with the executive team to develop and implement strategies to continue the company’s growth and success, according to a release from Flexware.

“We are thrilled to have Sam take on this new role at Flexware,” Scott Whitlock, president and CEO of Flexware Innovation, stated. “Sam has been a key contributor to the company’s success, and we have no doubt that he will continue to excel in this new role.”

Chumbley previously held technical and consulting roles with Rockwell Automation. He is known for his expertise in helping manufacturing firms make progress on their digital transformations, according to Flexware.

“I am honored to accept this role at Flexware,” Chumbley stated. “We have a great business development team in place and are planning to add additional professionals in order to support our further growth.”