You are at:Home»Current in Carmel»Carmel Cover Stories»Full circle: Late Carmel organ recipient, tissue donor to be honored during Rose Parade

A late Carmel resident will be honored as part of the Donate Life float in the annual Rose Parade set for Jan. 2, 2023, in Pasadena, Calif.

The float will feature McKenzie Leichtnam in a floragraph, a portrait made of natural materials. Thirty-nine other donors will be featured on the float, as well. Leichtnam, a 2009 Carmel High School graduate, was a lifelong sports fan, and his sister, Kelsey Leichtnam, believes her brother would have found the honor amazing. 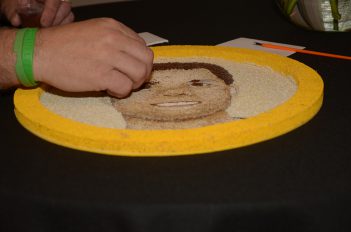 Floragraphs are portraits of deceased organ, tissue or eye donors. They’re made with organic material such as flowers, seeds and spices. (Photo by Edward Redd)

McKenzie was born in October 1990, the second child of Paul and Collette Leichtnam. Within a week of his birth, it was discovered he had a fatal condition called hypoplastic heart syndrome, where the left side of the heart is underdeveloped. At 13 days old, he underwent a heart transplant at Riley Hospital for Children.

McKenzie would need daily medicine, monthly blood work and yearly biopsies and stress tests to ensure his heart was healthy. Despite his circumstances, his family said McKenzie lived a fulfilling and normal life.

“He was so positive, and everyone loved his jokes,” Kelsey said. “He was always funny and coming up with silly things with his friends.” 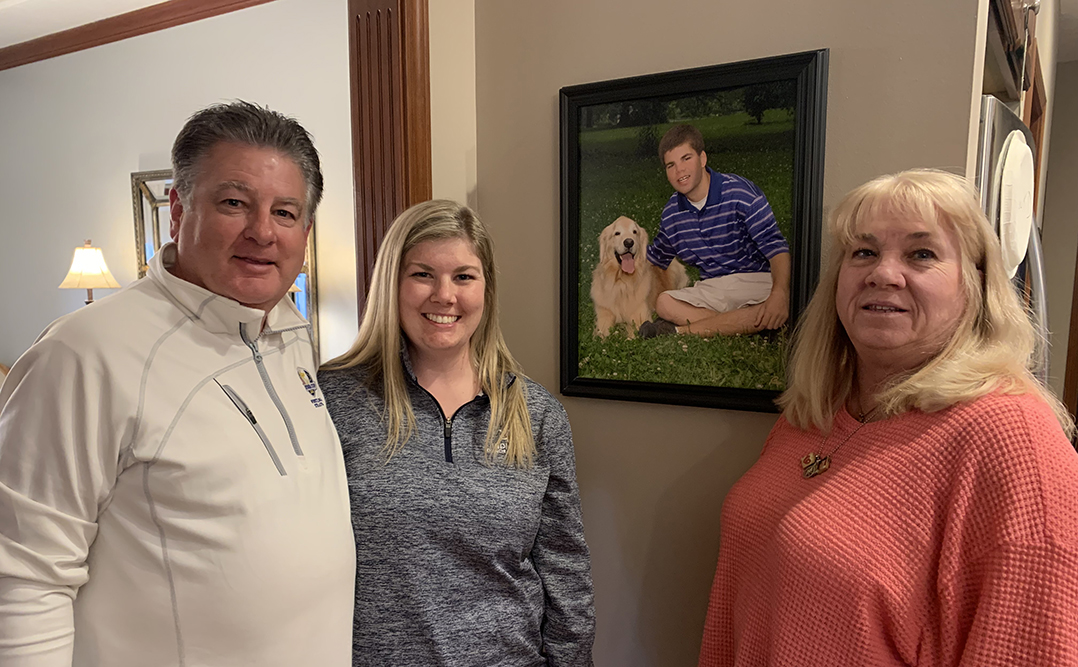 The Leichtnam family displays a picture of McKenzie Leichtnam. From left, Paul, Kelsey and Collette Leichtnam. (Photo by Edward Redd)

According to Kelsey, McKenzie never complained, cried or wanted sympathy, and he lived as a selfless and happy person.

At 16 years old, McKenzie decided to become an organ donor while getting his driver’s license. Paul said his son was asked at the BMV if he wanted to have a heart put on his license to indicate he was an organ donor.

His mother was with him at the time.

“He looked at me like, ‘Can I, mom?’ and I’m sure in the back of his mind, he was thinking, “OK, I’ve already received an organ. Can I pay it forward?’” Collette said. “Even if I wouldn’t have been with him, he would have signed up.” 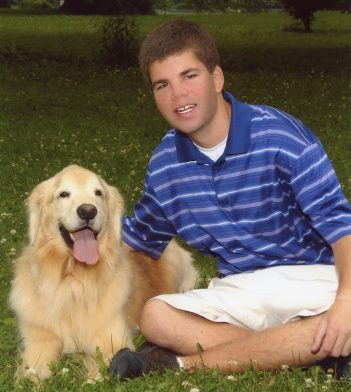 McKenzie Leichtnam’s legacy lives on through the lives he’s helped through his tissue donation and through his family and loved ones. (Photo courtesy of the Indiana Donor Network)

A few years later, on July 24, 2011, McKenzie died in his sleep on what seemed to be a normal day. He had recently had a regular checkup with the family physician before driving to Indiana University in Bloomington to look for housing. McKenzie was going to transfer from Vincennes University to IU to complete his degree.

“He fell asleep on the car ride home, which he always did, and ate normal,” Kelsey said. “(My parents) walked the dogs and came home. They thought he was sleeping but found out he wasn’t breathing.”

In death, McKenzie helped save and heal many lives by becoming a tissue donor. His parents, who still live in Carmel, chose not to reach out to the recipients out of respect, saying they’d agree to meet anyone who took the initiative to reach out to them.

McKenzie was an avid sports fan. In 2004, Make-A-Wish organized a trip for him to see the Red Sox play in the World Series, the first time the team had been in the Series in nearly 20 years. McKenzie’s favorite football team was the Green Bay Packers.

McKenzie’s impact continues to be felt, as Kelsey, a Covington resident, was inspired to become a hospital liaison for the Indiana Donor Network, the organization that managed Leichtnam’s gift of life. 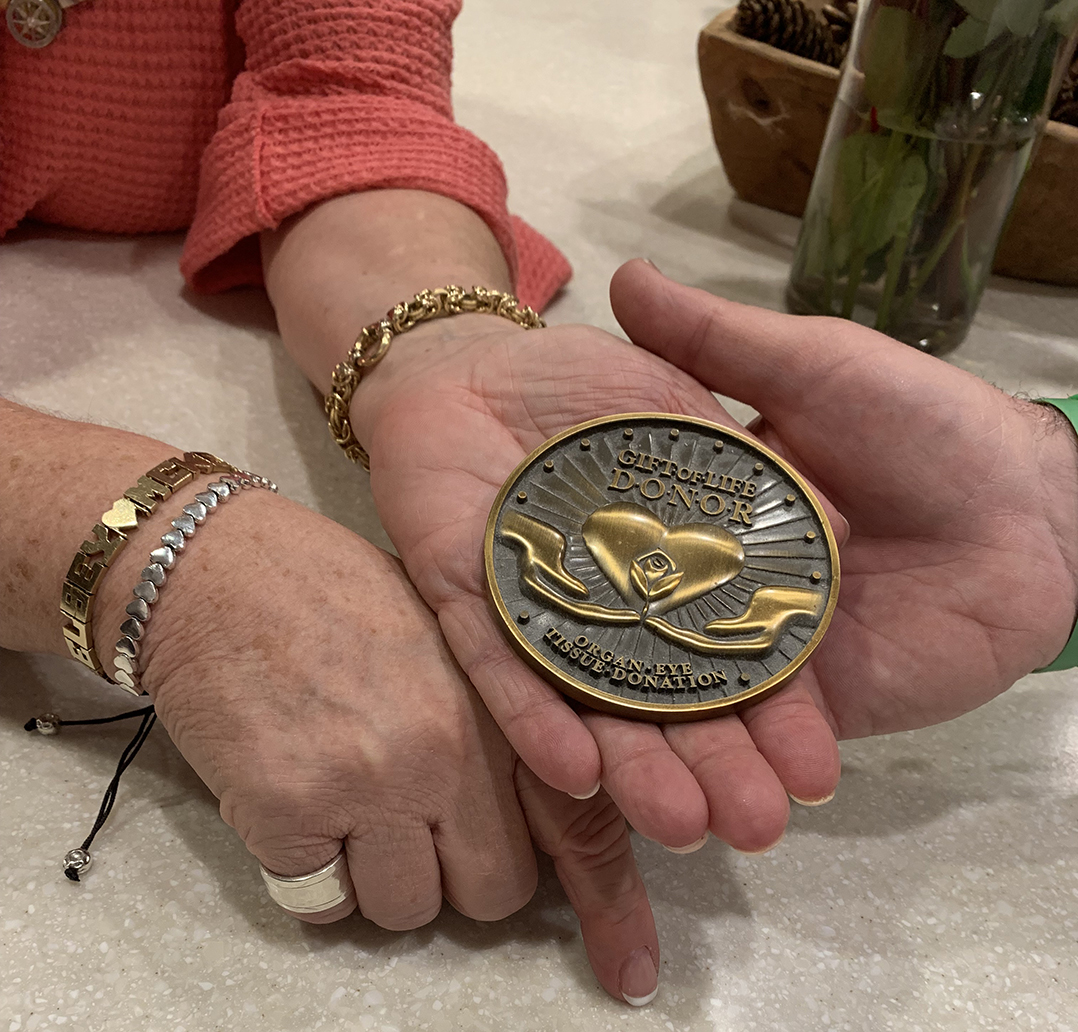 According to cardiologist Robert Darragh, Riley Hospital for Children was one of the few medical facilities in the nation with doctors who performed newborn heart transplants in 1990. Darragh was the cardiologist who diagnosed McKenzie Leichtnam and took care of him before and after surgery. He routinely saw McKenzie for medication and follow-ups throughout his life.

The first pediatric heart transplant done in Indiana was in 1988, according to the Indiana University School of Medicine. Doctors knew transplants worked but didn’t know how long they would last.

As a heart transplant recipient, McKenzie was in uncharted waters at age 20. The doctors had no prior knowledge to know what to expect as he got older, according to Kelsey Leichtnam, McKenzie’s sister.

“Once he hit 14, Riley kind of said to Mom and Dad, ‘We’re doing the best we can, but we’re learning with McKenzie, essentially because we have nothing to go off of,’” Kelsey said.