A makerspace at Westfield High School is allowing students to tap into their creative sides through an elective course.

The makerspace, known as The Idea Farm, is housed on the first floor at the high school and gives students an opportunity to explore 3D printing, computer coding, textiles, woodworking and other areas such as a music lab, said Joel Bruns, innovation specialist at WHS.

Bruns, who has been with Westfield Washington Schools for 22 years, has had a number of positions throughout his tenure, ranging from being a drama and technology teacher to teaching English as a second language. He has also served as a librarian at Westfield Middle School and joined the high school in the fall of 2014, he said.

Bruns said the makerspace area was formerly a library, and he said the goal when he was hired was to reimagine what a library was. That eventually led to the creation of the makerspace that was established in 2015 after a discussion with some students that garnered positive feedback.

A small room inside the current makerspace eventually paved the way for what would become a bigger reality that initially started with a sewing machine, a 3D printer and some micro-computers and electronic components, according to Bruns. Donations from the community and tools that were provided also helped lay the foundation for The Idea Farm.

Bruns, who teaches a course called Innovation by Design, also helps with the school’s internship program and leads independent study courses with students. But the longtime educator said he wants students to understand that school is hard and sometimes can be a struggle.

Bruns, who said he would’ve been a better student if he had the opportunity to use a makerspace, said he believes “good, authentic learning” is about exploration. The Idea Farm, he said, gives students an opportunity to be creative.

One example is helping students learn how to write computer code while having the opportunity to use 3D printers, with which they can design and model different items. In addition, The Idea Farm also gives students a chance to do laser engraving and laser cutting, along with textiles such as sewing and embroidery, according to Bruns.

Bruns, who plans to leave the district soon for a job with the state of Indiana as director of digital user experience at the Indiana Public Retirement System, said students who use The Idea Farm can explore their passions and develop skills that they can use in the future.

Kori Kimbrough, a junior at WHS, encouraged other students to see what The Idea Lab has to offer. She took Bruns’ course last year.

“I think you get the opportunity to figure yourself out and what you like to do,” Kimbrough said. 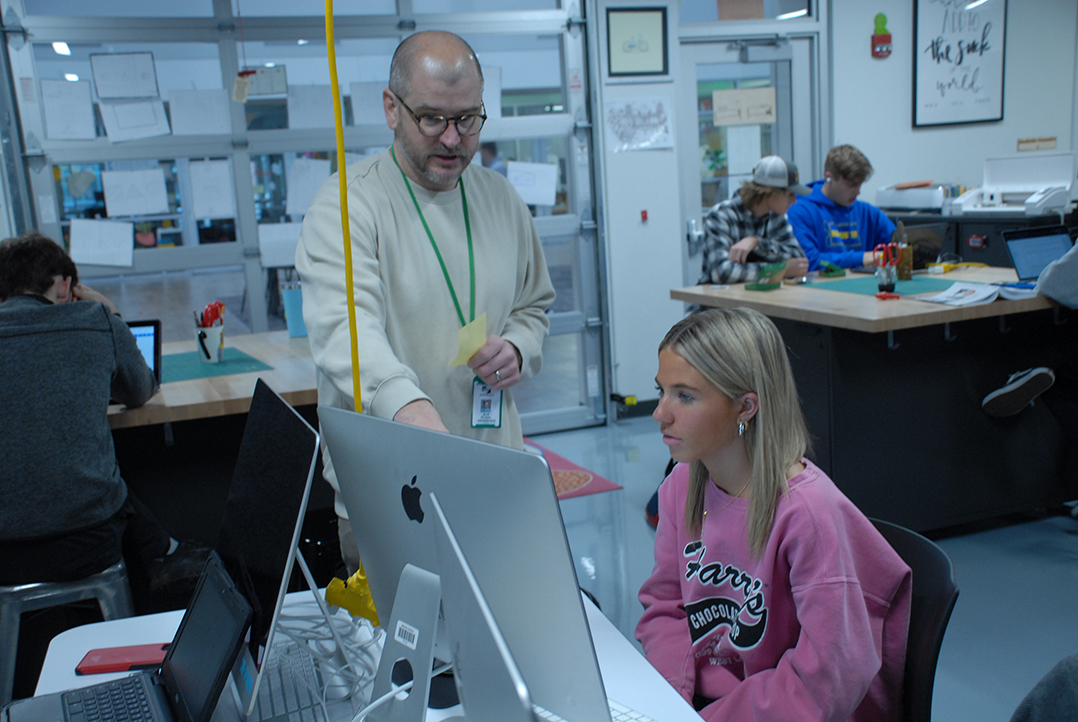 Joel Bruns, an innovation specialist at Westfield High School, works with Molly Burgan, a sophomore, inside The Idea Farm during an Innovation by Design class Nov. 17. (Photo by Matthew Kent)

Molly Burgan, a sophomore at WHS, said she decided to take the elective course after hearing positive feedback from other students.

“You come up with your own ideas, and it helps with creativity and think about what you want to make,” she said. 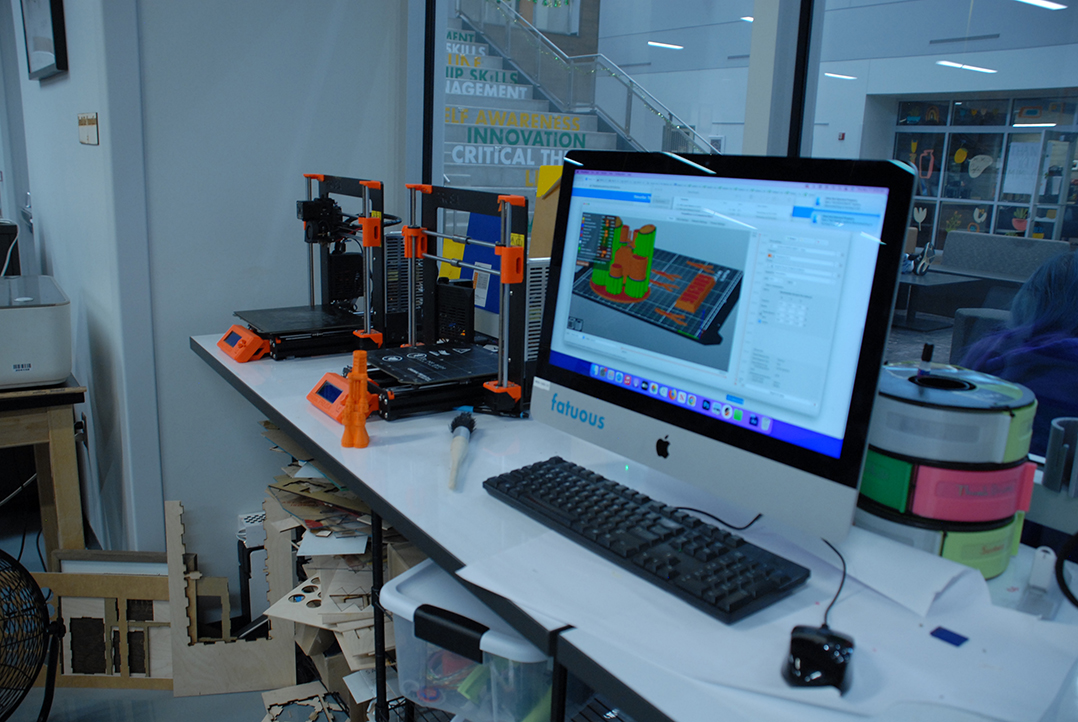 About the Idea Farm

The Idea Farm was established in 2015 by Joel Bruns, who has been with Westfield Washington Schools for 22 years. It offers students an opportunity to explore computer coding, 3D printing, textiles, woodworking and more.

To learn more about the makerspace, which is housed on the first floor of Westfield High School, visit cagefreeideas.com/.