This holiday season, Dan Killinger, owner of Intelligent Living Solutions in Zionsville, seeks to garner support for a nonprofit that helped his family during one of the hardest times in their lives.

The Christmas Crawl is an annual Christmas in the Village event, but this is the first year Intelligent Living Solutions, a home automation and security firm, will be a stop along the way. Although Killinger opened his business in downtown Zionsville this year, he said he felt it was important that he give back with more than just a yearly donation, partnering with Hotel Tango to make the event truly special.

“When you’ve been touched by something like that, there’s a whole different meaning behind why we want to support the organization,” Killinger said.

When Killinger’s daughter, Leah, was 7, she had what he and his wife thought was just a cold. When the cold-like symptoms continued for months, they took her to a pediatrician multiple times before she was diagnosed with Hodgkin’s lymphoma, a cancer of the lymph nodes.

Killinger said that after Leah’s diagnosis, he and his wife took shifts at Riley Children’s Hospital while Leah underwent months of chemotherapy.

“We had been in those medical environments for nine months, and when our family was in that, being entrenched in that for long periods of time, it really had a strain on normal family life,” Killinger said. “(Indiana Wish) came after we were getting on the tail end of that, and Leah was able to request a wish.” 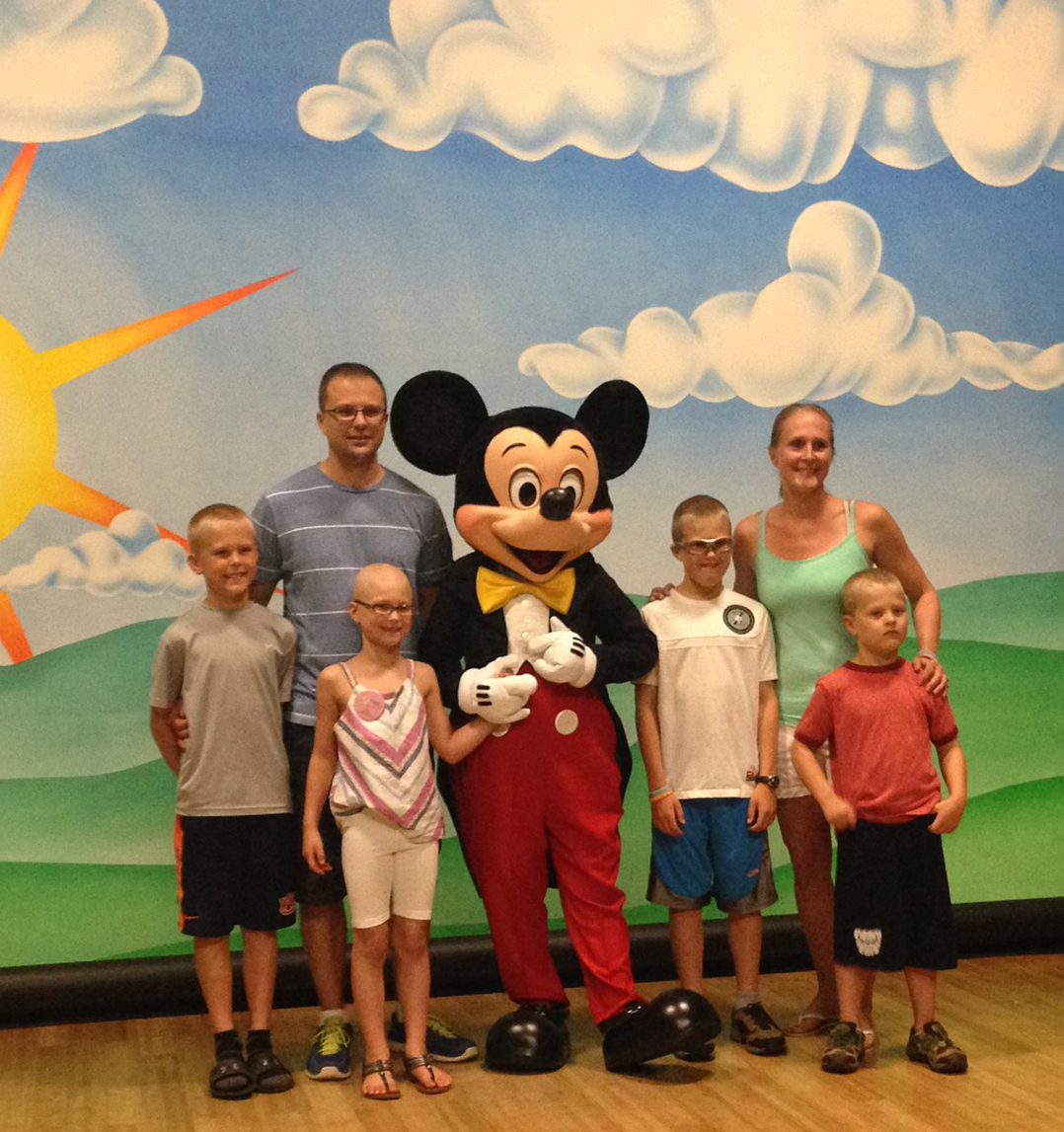 Leah’s wish to go to Disney World, Killinger said, was an experience that money couldn’t buy. He said Leah, who is now 15, was made to feel like a celebrity, getting special access to rides, staying in a resort and being driven around in a limousine.

“What’s amazing is that donors pay for all of that, and that’s what inspired us to grant wishes,” Killinger said. “So, we’ve started as a company granting a wish a year so we can kind of pay it forward to other families who have been impacted like we have through that type of disease.” 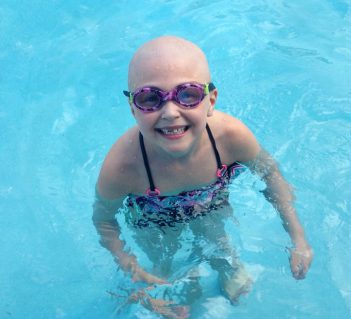 Leah pauses in the pool at Disney world. (Photos courtesy of Dan Killinger)

Indiana Wish was founded in 1984 with a focus on granting wishes to Hoosier children ages 3-18 who have been diagnosed with a life-threatening or terminal illness, according to the organization. With a staff of merely four individuals, the organization has granted more than 3,500 wishes to kids since its establishment.

J’Lynn Cooper, the organization’s executive director, said a significant challenge the nonprofit faces is the misconception that they are involved with the Make-A-Wish Foundation. At the time of its launch, Make-A-Wish did not have a presence in Indiana, so Indiana Wish was founded with the goal of serving Indiana children.

Cooper said the cost to grant a child’s wish ranges between $10,000 and $12,000, so all attempts to raise awareness for its efforts and bring in more donations make a big difference. She said the organization also seeks support from businesses willing to donate their time or efforts to make a wish happen.

“We are a staff of four. We’re a small little group of people trying to make a difference,” Cooper said. “We don’t have an advertising budget, per se, so for somebody to continually put our name out there like Dan does is priceless for us.”

Killinger said he hopes Intelligent Living Solutions being involved in this year’s Christmas Crawl will encourage others to give beyond just a one-time donation.

“I think telling a story is a lot more impactful as to why someone should consider supporting (Indiana Wish) other than just sending a mail-in donation,” Killinger said. “What we want to do is create awareness for our story and for the organization and what it does for the community.”

Where: Main Street in Zionsville

Stop in at Intelligent Living during this time to visit with Dan Killinger and get to know more about his family’s journey and what you can do to support Indiana Wish. Hotel Tango will be serving Christmas-themed cocktails at the event, and all proceeds from cocktail sales will be donated to Indiana Wish.