Mayor Andy Cook said during the Nov. 17 event held at the southwest corner of Park and Poplar streets that the city has always dreamed of putting some of its public offices in the downtown area. The building will be two stories with separate entrances – one for the library and one for the township offices. The new library will provide more parking, an expanded teen area, a community room for capacity up to 200 people and a coffee shop.

In addition, outdoor activity space will also be available, along with study rooms for public use, according to officials. Cook thanked Library Director Sheryl Sollars, her staff and Westfield Washington Township Trustee Danielle Carey Tolan and her board for their work on the project. 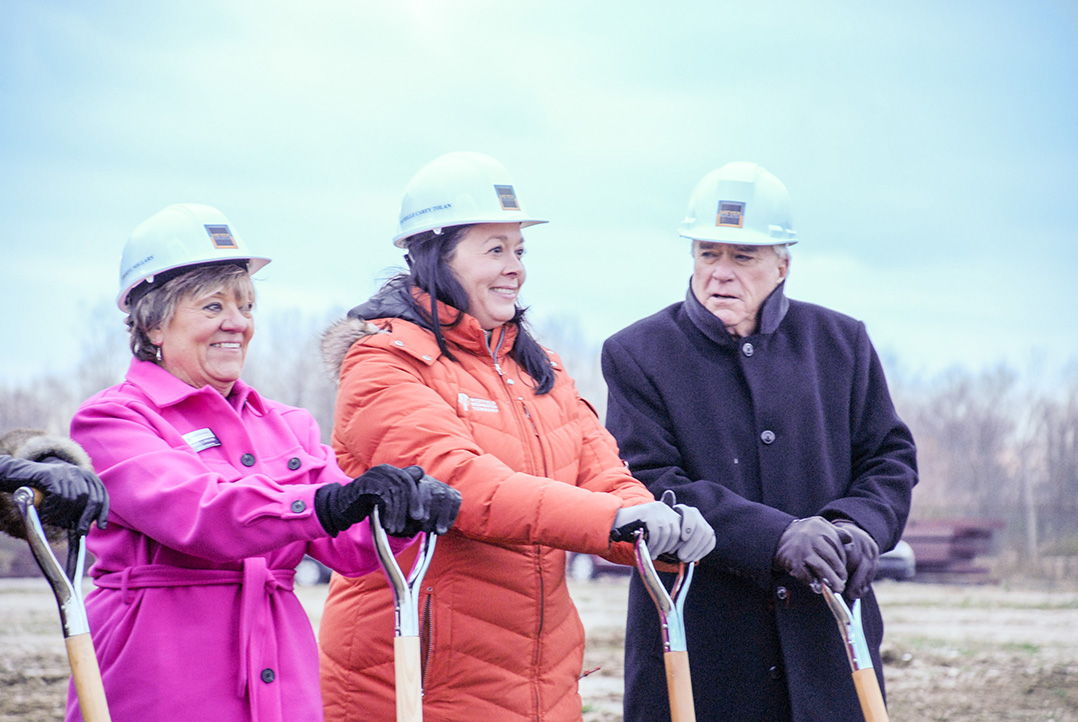 Westfield Washington Public Library Sheryl Sollars, Westfield Washington Township Trustee Danielle Carey Tolan and Westfield Mayor Andy Cook prepare to break ground on a 55,000-square-foot building in downtown Westfield. The building, which is expected to take 12 to 18 months to complete, will serve as the new home of the library and the trustee’s office. (Photo by Matthew Kent)

“Thank you so much for getting us to this point,” Cook said. “We’re so looking forward to this.”

The library is covering its construction and land costs with a $16.7 million general obligation bond, while the township trustee’s portion of the project will not exceed $5.2 million, according to officials. The township’s portion will be funded through a build-operate-transfer contract, or BOT, which allows the project to be built without an impact to residents’ tax bills.

Sollars told those in attendance that the project was long overdue and said the “state-of-the-art building will serve as a centerpiece to Westfield.” It will also be a gathering space for the public to enjoy, she added.

The building is expected to take 12 to 18 months to complete and will have outdoor activity space and study rooms for public use, according to officials. Sollars said the new building will also allow for remote work opportunities and facilitate collaboration.

Steve Latour, CEO of the Westfield Chamber of Commerce, said the new building will be a benefit to the community.

“This is a historic moment for Westfield,” Latour said.

Sollars thanked current and past library board members, Tolan, Cook and members of the Westfield City Council, among others, for their support. She also thanked the community for its patience and support throughout the years.

“This is deeply the pinnacle of my career, and I can’t wait to watch (the library) take shape, and it’s long overdue for what’s about to transpire here,” Sollars said. 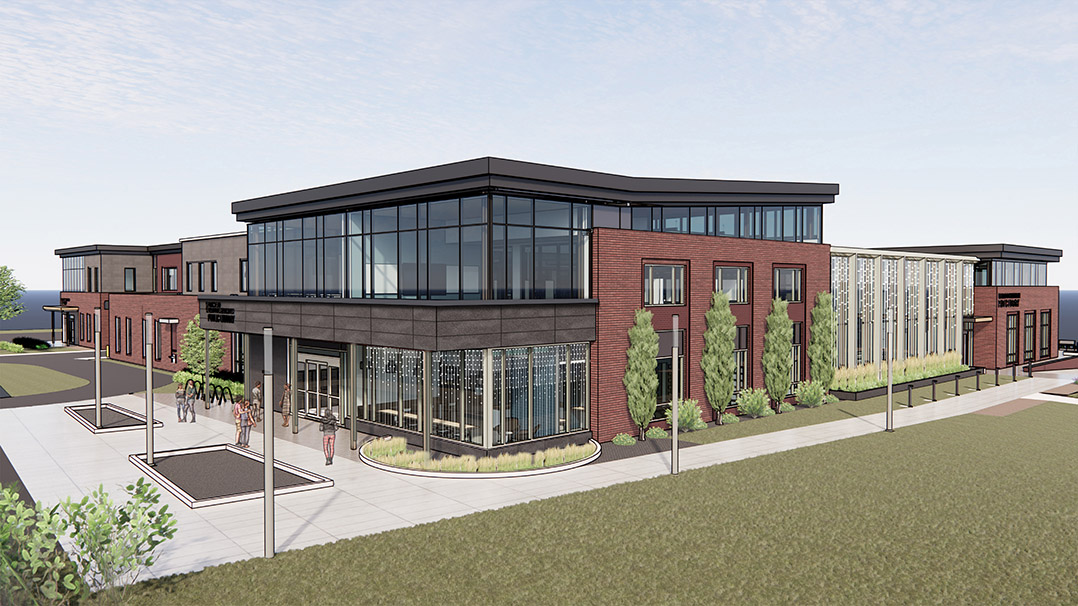 A rendering of the new building. (Photo courtesy of Westfield Washington Public Library)