You are at:Home»Current in Carmel»Carmel Community»Former Zionsville gymnastics coach sentenced to 40 years for child molestation

Kenneth A. Arnold, a former gymnastics coach at a Zionsville athletics facility, was sentenced Nov. 21 by Boone County Superior Court II Judge Bruce E. Petit to 40 years in prison followed by 10 years of supervised probation on three counts of child molestation as a Level 1 felony. 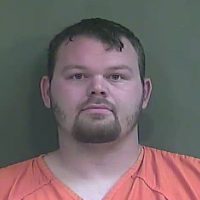 Following his release from prison, Arnold, 34, or Crawfordsville, will have heightened restrictions and registry requirements for life, as he was determined to be a sexually violent predator because the nature of the offense.

Acts Arnold committed between Jan. 2014 and Dec. 2016 as a gymnastics coach at a Zionsville athletics facility led to the charges. The victim, who was under the age of 14 at the time of the criminal acts, disclosed the abuse through counseling in the fall of 2020, and authorities were then notified.

According to a release from the prosecutor’s office, Arnold had previously been the subject of two investigations of sex-crime-related charges in 2016 that were alleged to have occurred during the same time frame. The jury was unable to reach a verdict in one of the cases, and in the other, a plea agreement was reached after consultation with the parents of the victims.

“The defendant has finally been held accountable for the heinous acts he committed. We are grateful for the courage demonstrated by the young victim in this difficult case,” Boone County Prosecutor Kent Eastwood stated in a release. “Results such as this are a testament to the dedicated efforts and teamwork consistently displayed by law enforcement and investigative agencies in Boone County.”