You are at:Home»Current in Geist»Geist Cover Stories»A Winter Wonderland: Fortville Winterfest, a free annual holiday festival hosted by the Fortville Parks Dept., is expected to be the biggest yet

Fortville Winterfest, a free annual holiday festival hosted by the Fortville Parks Dept. since 2010, is expected to be the biggest yet.

Winterfest, which will be presented from noon to 7 p.m. Dec. 3, has historically been an opportunity for the community to come together and celebrate the Christmas season, according to Town of Fortville Parks Event Coordinator Natalie Tucker.

“This event is a great way for the community to come together,” Tucker said. “It brings that sort of festive warmth and childlike atmosphere to the town for the season. There’s a parade, tree lighting, (and a) meeting with Santa. It’s all really great and perfect for families.”

With the largest turnout being 3,000 people in the past, Winterfest has grown during the last several years thanks to new and growing businesses that call Main Street home.

“A majority of the Main Street businesses participate in the festival,” Tucker said. “They have window art to draw people in and host giveaways, contests and have special sales during the festival.”

Festivities will be held on Main Street, where visitors can enjoy Fortville’s downtown shops, restaurants and other businesses, bonfire stations, family photo ops, vendors and a KidsZone. Additional activities include a festive parade at 1:30 p.m., a tree lighting at 6 p.m., visits with Santa, ice skating, a gaming truck and a kids’ crafts station with free popcorn and hot cocoa.

The festival will also feature a stage for live entertainment through the afternoon. Local school choirs and local music groups, including the Fortville Music Garage, will conduct performances.

“This year, we’re focusing on two major components — the parade and KidsZone,” Tucker said.  For the parade, it’ll be better and bigger than ever. The Mt. Vernon High School Band of Marauders will be there, we’ll have Santa in a big red sleigh and the town’s golf carts will be dressed up in festive lights.

“The KidsZone plays a major role in Winterfest. The area devoted to the Zone will be longer than usual, starting at State Street and stretching to Church Street.”

There will also be a 20-foot-by-24 -foot ice skating rink, snowball fight area and game truck. Kids can visit the kids’ crafts station and make ornaments and write letters to Santa. Santa will be at the Ben Eades State Farm Insurance Agent office. There will be a fireplace, free popcorn and hot chocolate, as well as an opportunity for kids to get a picture with Santa, free of charge.

The Snowflake Princess and Jack Frost also returns. Throughout November, contest participants can enjoy Winterfest-themed activities, learn a dance and raise funds to support causes within the community.

Fortville resident Laura Lewis looks forward to attending the event with her family each year.

“My family has attended Winterfest for many years,” she said. “My favorite part is seeing the community come together and celebrate. Everyone has such a great time, and you see so many smiles and hear laughter. I am especially excited to see the Band of Marauders march in the parade. I love hearing them play as we anticipate seeing Santa coming down the road.” 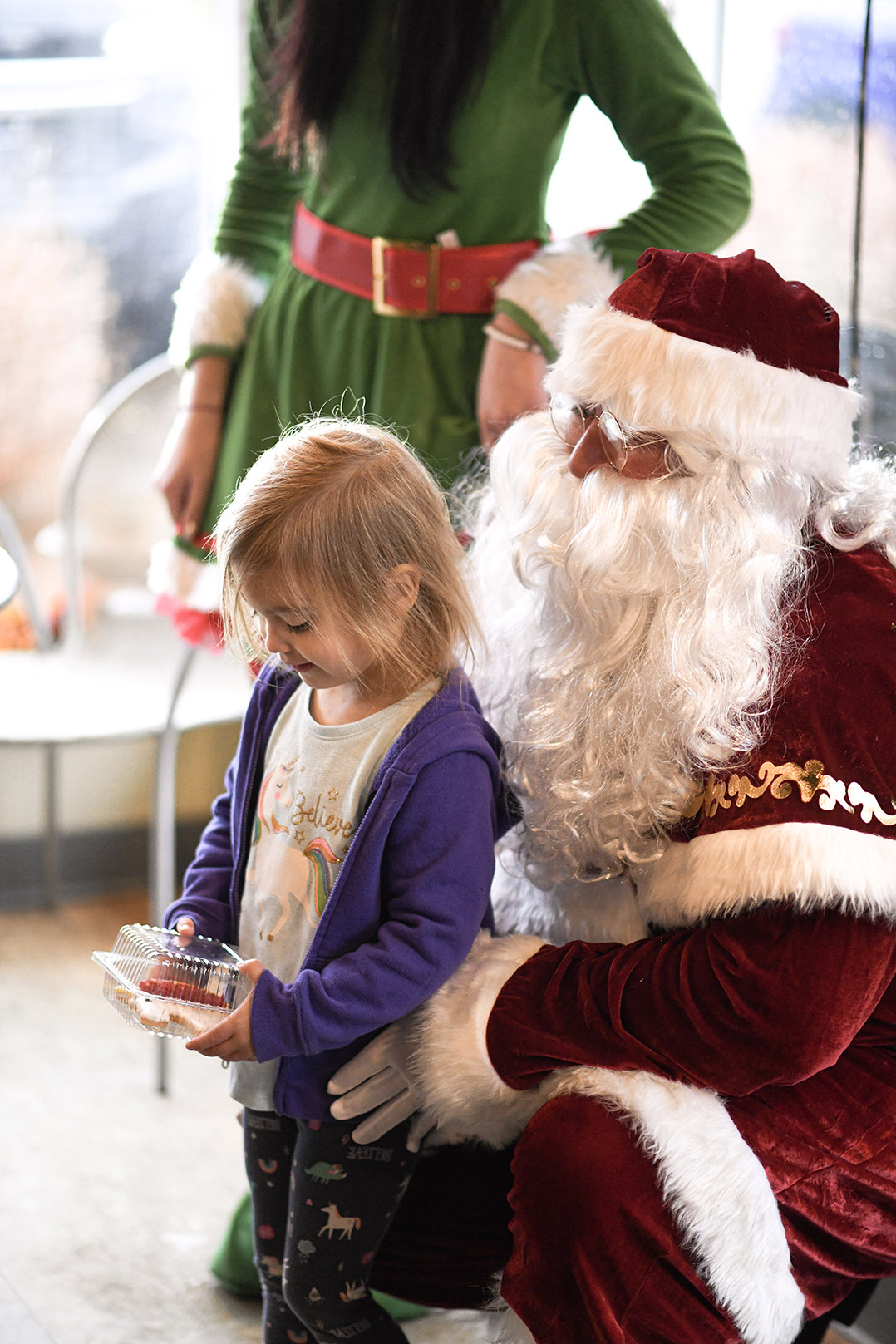 A young Fortville resident gets an early visit from Santa at Sunrise Donuts. (Image from Town of Fortville Parks.)

Although the majority of the festival will be on Main Street, guests can also get their Christmas tree on the same day at one of the area’s local Christmas tree farms.

“Fortville is central to several local Christmas tree farms, and it’s quaint to see the trees tied to the top of the cars as they travel through our town,” Town of Fortville Parks Event Coordinator Natalie Tucker. “It’s fun to think you could enjoy a free holiday festival, shop for unique gifts, get lunch, visit Santa and get your tree all in one day.”