You are at:Home»Current in Carmel»Carmel Business Local»Local Realtor to highlight Carmel in ‘The American Dream’ television show

Carmel will soon be featured on a television show that highlights neighborhoods across the nation through the eyes of top local real estate agents.

Karen Tanner, a Carmel resident and owner of Karen Tanner Real Estate Group, will host the Carmel segment of the program “The American Dream,” called “Selling Carmel.” She  and a handful of other local real estate professionals were approached by The American Dream Network about the opportunity. 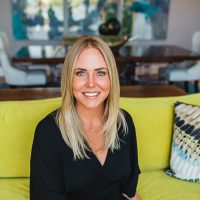 “Carmel is consistently in different publications ranked very high for different things, whether it’s where to raise a family or school systems, so it’s really attractive as far as a marketing standpoint to showcase a city like Carmel,” Tanner said.

For the show, Tanner and her team manager, Quincy Caldwell, work together to generate content for the Carmel segments.

“I just did an introduction to Carmel for the first episode,” Tanner said. “I was walking up and down Main Street talking about everything from our focus on the arts with the Arts & Design District to the roundabout art. In future episodes, I already have some ideas for businesses I want to pop into. I feel like I could do an entire episode on the Village of WestClay.”

The first episode featuring Carmel is expected to air in December, although a specific date has not been announced.

Tanner grew up in Zionsville and received a degree in public health from Indiana University in 1997. After looking for a house to purchase of her own, Tanner was encouraged to look into the real estate business by a selling agent. Tanner, who got into the business 20 years ago, has owned her own real estate group since 2017.

The American Dream is a 30-minute program that features five-minute segments in cities across the U.S. The show is available on CNBC, the Travel Channel and can also be streamed.