You are at:Home»Current in Fishers»Fishers Cover Stories»DOUBLE ‘JEOPARDY!’: Fishers resident competes on iconic game show for second time this year

For as long as Sarah Snider can remember, she has tuned in at 7:30 p.m., whenever possible, and watched “Jeopardy!” from the comfort of her living room. Late last month, Snider – in the company of family and friends – watched a special episode of her favorite TV game show.

On Oct. 25, Snider watched herself play “America’s favorite quiz show” on TV after going to Los Angeles to film the episode in September. The occasion marked the second time she has been on the show. She appeared for the first time in May.

Snider, a middle school English and history teacher at Hasten Hebrew Academy in Indianapolis, had always planned on auditioning for “Jeopardy” but kept telling herself she would wait until the time was right. Then in November of 2020, the show’s longtime host Alex Trebek died of pancreatic cancer. At that point, she decided not to delay any longer.

“It’s just one of the things in life you always think, ‘Oh, I’ll have time to do that later.’ And I’ve had young kids for the entire time over the last 16 years, so I always thought it’ll come later,” Snider said. “And then when (Alex Trebek) died, I just thought, now I really need to do this, because you always think you’re going to have time later in life to do something but you just have to try now. I told myself just go for it and see what happens.”

So, in August of 2021, Snider, a mom of three boys in kindergarten, eighth and ninth grade, applied to be on “Jeopardy!”. By the start of 2022, she had long forgone her chances of getting a call back, even though the game show says contestants’ names are in the running for 18 months after applying. Yet just a few weeks into the new year, Snider got the call that she was to be on “Jeopardy!” Filming happened in mid-February and the show aired May 5.

When she was chosen as a contestant, her close friends and family were not surprised.

“We have been (‘Jeopardy!’ fans) for years and our family’s always love trivia,” said Judy Thompson, Snider’s mom. “And she had said for many years that she wanted to be on ‘Jeopardy!’, so it was not surprising.”

Snider only had two weeks to prepare before flying out in February to Los Angeles to film. She competed against T.J. Lovejoy and Mattea Roach, who had a 22-game winning streak going into the round.

Snider got off to a strong start and kept her momentum going through to final Jeopardy, leading the pack with a nearly $10,000 lead. The Final Jeopardy category was “20th Century Cinema,” and that’s when Snider’s luck ran out for the first time that game. The answer was “Citizen Kane,” a movie she had never seen. Betting only $5,000, she lost to Roach who had bet all her money, expecting to go home. 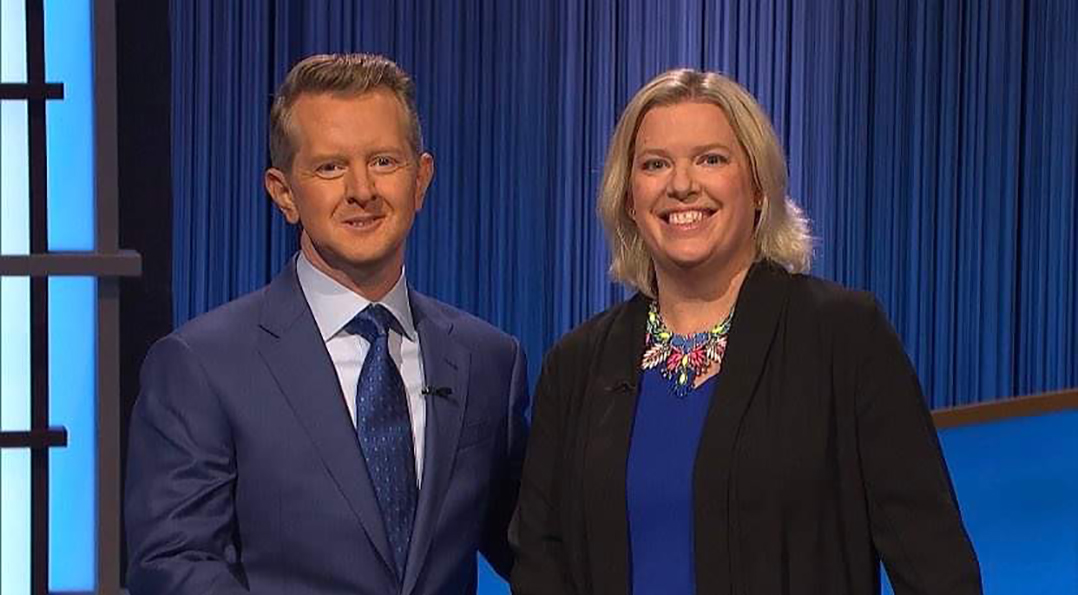 After the filming, Snider asked host Ken Jennings something nobody had asked before.

“When I was on the podium, that’s what I said to Ken Jennings as soon as it was over the first time, I was like, ‘Oh, my god, bring me back. I had so much fun,’” Snider said. “So, they were like, ‘You’re the first person to ask to be in the Second Chances Tournament’ because it had just been announced that day.”

“Jeopardy!” announced earlier this year that it would host a Second Chances Tournament for contestants who had done well on their game but didn’t win. Snider got the call in May, just weeks after her first “Jeopardy!” appearance aired that she had been selected to return for a chance to play. Eighteen contestants battled it out for two spots in the show’s Tournament of Champions.

Although this time Snider had more time to study, she felt more pressure than she did the first time because she knew what was coming.

“(The first game) felt totally like a fever dream. It was happening and I was just like watching it from outside of my body,” Snider said. “The second time it was much harder, just to get out of my head when I’d done it before because I kind of knew what to expect.”

Her second appearance aired Oct. 25. Although she got off to a strong start, she finished third. This time, though, she got Final Jeopardy right.

With two “Jeopardy!” appearances under her belt, Snider said she might try to participate in local trivia tournaments.

“I’ve been thinking now that my ‘Jeopardy!’ career is over, I could head out to some trivia nights,” Snider said. 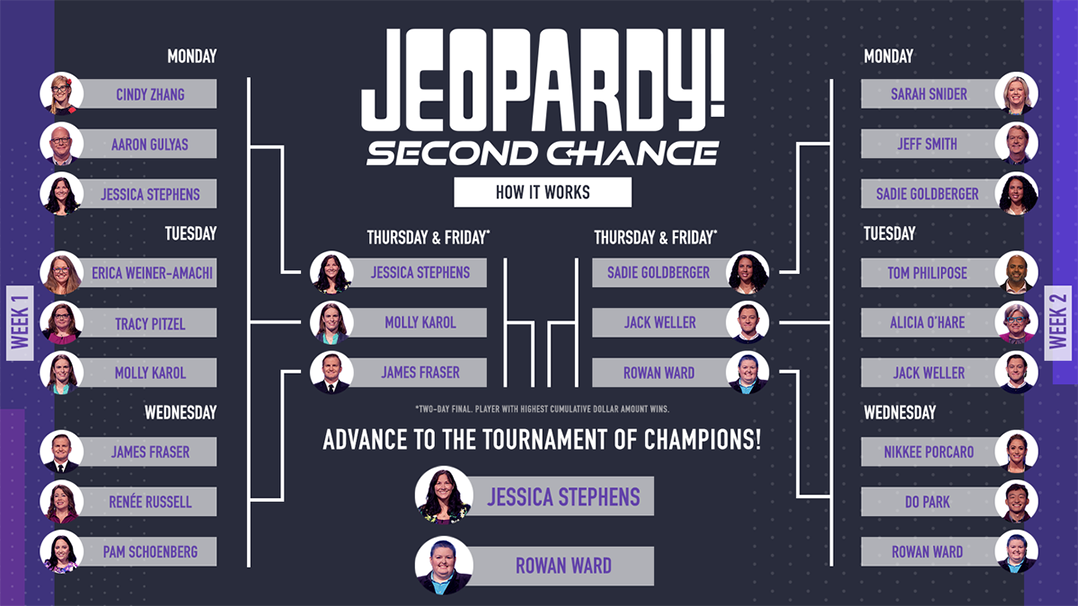 The lineup of the Jeopardy Second Chances Tournament that ended Oct. 28. The Tournament of Champions started Oct. 31.

Think you’ve got what it takes to compete on “Jeopardy!”? Take the online quiz at jeopardy.com/be-on-j for your chance to find out.

Applicants can hear back from the show 18 months after taking the test. Applicants who don’t receive a call back within that window can apply again in 18 months.