Noblesville resident Jon Mobley has made a career out of entertaining audiences with magic but was recently tasked with attempting to trick two of the industry’s biggest names.

Mobley recently flew to Las Vegas, where he appeared Oct. 14 on the Season 9 premiere episode of the television show, “Penn & Teller: Fool Us,” that focuses on magicians performing tricks in front of the magic/comedy duo Penn & Teller. Mobley was previously on Season 6 of the show and was invited back by producers after showing them a video clip of a new trick he created for the show.

Mobley, who grew up near Batesville, received his first magic trick when he was 8 and said he was excited to learn magic secrets, adding that it was fun to see the reactions of friends and family members.

“My performance career started as a kid in our basement where I charged a quarter for neighbors to see a 10-minute show,” he said. “Soon, I was performing magic for birthday parties, talent shows and family events at various churches.”

Mobley also performed magic on the weekends in college when he was a student at Anderson University, where he studied filmmaking and marketing. He eventually decided to leave his full-time job in 2016 to pursue magic as a career.

“My specialty is interactive comedy magic. In fact, the audience and volunteers influence what happens in my show, creating fun twists and surprises,” Mobley said.

Keeping audiences engaged in a live performance while performing magic is also something Mobley described as being tricky since he said people have shorter attention spans than ever before. He said having a volunteer on stage “keeps things more spontaneous and surprising, resulting in a stronger connection with the audience.”

“But I enjoy taking risks with my magic, and my favorite thing about performing is interacting with the others,” Mobley said. “I often use volunteers to assist with tricks because I love using improvisation to add more humor and fun to the experience.”

Mobley said his latest appearance on “Penn & Teller: Fool Us” went well, noting that the premise of the show is that Penn & Teller give magicians a trophy that says “F U,” a reference to Fooled Us. In Mobley’s case, he didn’t receive such a trophy, but said the experience was fun.

“Even though I’ve done magic (for) 30 years, in front of the great Penn & Teller, it’s still easy to get nervous, but they make the set so comfortable,” Mobley said. “They’re just so kind and they made it a really great experience.”

And for anyone interested in learning magic, Mobley encouraged people to watch videos and follow a particular entertainer, noting there are different types of magic and entertainment available. He added that he particularly enjoys doing magic and connecting with his audiences.

“I like audiences to think we’re going one way and then we go a completely different direction,” he said. 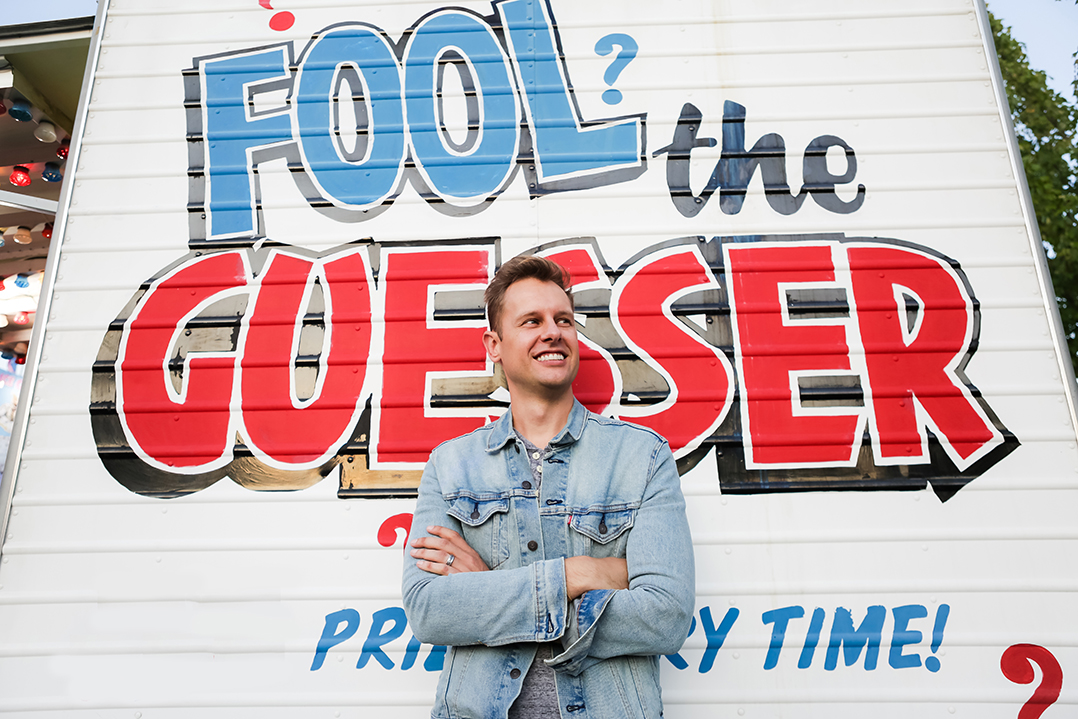