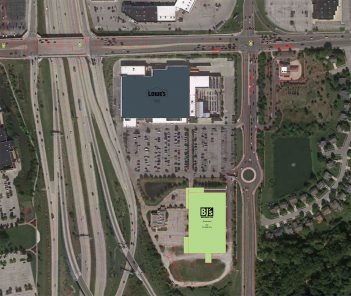 BJ’s Wholesale Club is planning a new store on 8.5 acres at 14480 Lowe’s Way in Carmel. (Image from documents filed with the City of Carmel)

The Massachusetts-based company has filed plans with the city to construct a new warehouse club on 8.5 acres at 14480 Lowe’s Way. The proposed location is currently home to Koto Japanese Steakhouse and is just south of the Lowe’s home improvement store.

The site is zoned as a planned unit development, meaning its development standards are set by an ordinance specific to the site rather than standard zoning. Amendments proposed to the existing PUD, which was adopted in 2000, include the addition of tire, oil change and lubrication sales and an automobile filling station as permitted accessory uses; and changing the minimum building setback to 60 feet.

The company launched in 1984 and operates more than 200 stores in nearly 20 states.

Current has reached out to BJ’s Wholesale for additional information.