You are at:Home»Lifestyle»55 and Better»Lake Meadows’ 98-year-old resident ‘tackles’ each day

At age 98, Lake Meadows Senior Assisted Living resident Marie Uzzi figures she has found one reason for her long life.

“One of the books I read was on aging and longevity,” Uzzi said. “What it said was to make friends, which I did when I came here (to Lake Meadows) and laugh a lot. My advice is, just be optimistic and no doom and gloom. Wake up each day and tackle whatever comes along. Try not to lead a planned life.”

Uzzi has never smoked and only drank alcohol occasionally.

“If we went anyplace, I’d have one drink,” said Uzzi, who is frequently walks around the Lake Meadows property.

Uzzi, who has lived at Lake Meadows for approximately one year, previously lived in Long Island, N.Y.

Uzzi’s daughter, Deborah, lives in McCordsville. Uzzi said she has a lot in common with her next-door neighbor at Lake Meadows.

Uzzi loves the shopping trips and camaraderie and friendships she has developed with other residents. 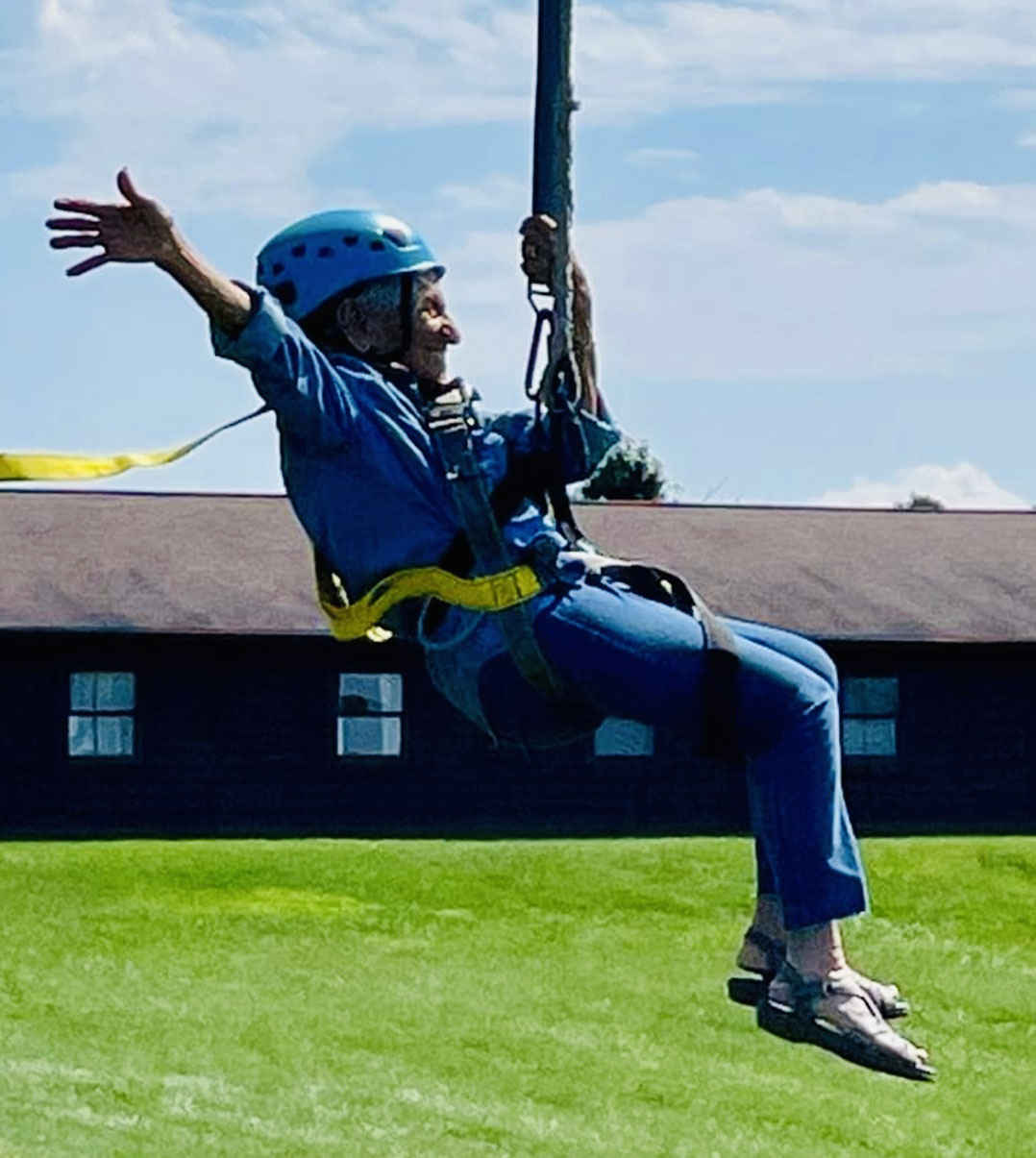 On an excursion to Hidden Falls campgrounds in September, Uzzi went ziplining.

“It was fun, but it was over so fast,” Uzzi said. “I wasn’t expecting to do it. It came up and I thought,

Uzzi was a seamstress for 60 years.

“I worked on a sewing machine on bathing suits,” she said.

Uzzi worked on the swimsuit line for Jane Fonda and briefly met the actress.

She also has participated in many mahjong competitions.

An avid tennis fan, Uzzi enjoys watching the greats such as Rafael Nadal and Roger Federer.

Uzzi has one granddaughter, who has two boys, who lives in the Geist area.

Each of her sons had a daughter.