You are at:Home»Lifestyle»55 and Better»Marquette resident devotes life to teaching tennis to children

Barbara Wynne has long been the first lady of Indianapolis tennis.

Wynne has been a lifelong player, children’s coach, fan and tireless promoter of the sport.

Wynne, 89, started teaching in her backyard in 1955. She officially formed the Washington Township Tennis Program in 1964, which is now called the Indianapolis Community Tennis Program. She still teaches children in the program four or five days a week on small courts.

Wynne credits the Marquette Athletic Club with helping her maintain her strength. She works out with NuStep, a recumbent cross trainer.

“It’s open 24-7, so if you get up at 4 o’clock you can go in,” Wynne said. “There are great places to walk where you feel safe. They couldn’t be nicer at Marquette.”

The Panthers, who typically host the state finals, didn’t have a home match all season because of construction at the school. The courts at the school are named the Barbara S. Wynne Tennis Center, and she can’t wait until the courts are finished. The courts’ surfaces are being redone and new courts are being built by the Northview Middle School football field. Wynne said the courts aren’t likely to be finished by the time the girls high school tennis season begins this spring.

“Things are not getting fast as I’d like them to get done, but on the other hand, they are on the drawing board,” she said. “My 90th birthday is coming up July 10 (2023), and my goal for my 90th birthday is to have the money raised for the indoor courts. That will be a backup if there is not enough light or backup if it’s raining.”

The eight indoor courts will be designed to be a community center open to the public with an emphasis on providing court time to children.

Along with late tennis legend Arthur Ashe, Wynne helped start the Indianapolis National Junior Tennis League to help youngsters in urban areas play tennis. She developed a friendship with Billie Jean King when King used to visit Indianapolis to play in the Virginia Slims tournament or the U.S. Open Clay Court Championships. King and Wynne have been friends for more than 50 years, and King has helped raise money for the tennis complex. 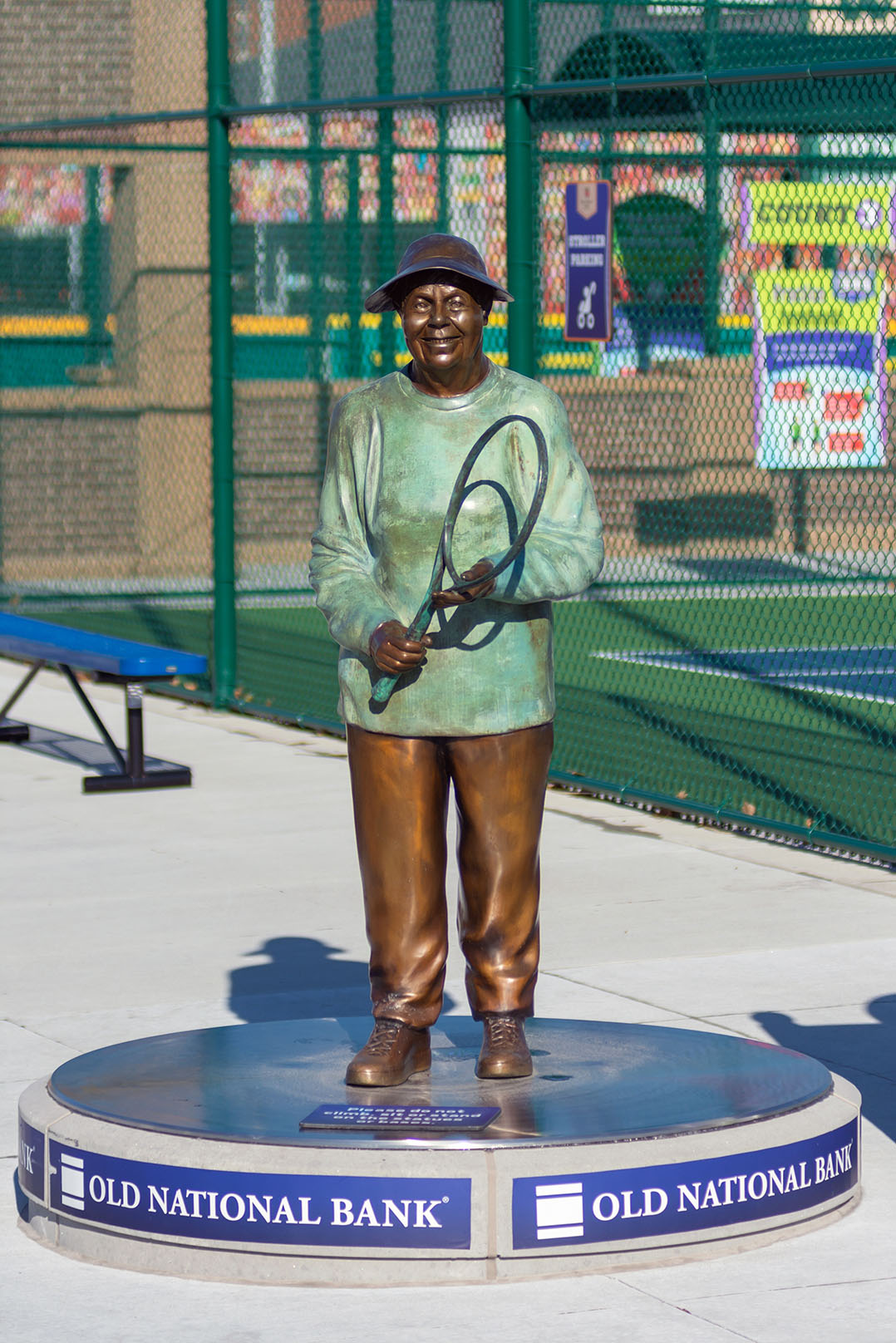 A bronze statue of Wynne was created at the Riley Children’s Health Sports Legends Experience at The Children’s Museum of Indianapolis.

Wynne still teaches children tennis on the miniature outdoor courts at the museum twice a week.

As a volunteer, Wynne runs the NJTL essay contest for the United States Tennis Association.

In October 2020, Wynne received the Richard G. Lugar Award for Distinguished Service to Interscholastic Athletics. In February 2020, she received a letter jacket and plaque from North Central in a ceremony thanking her for 65 years of commitment and service to North Central’s tennis program.

For more on the Indianapolis Community Tennis Program, visit tennisprogram.com.