Stevens was an employee of the Town of Zionsville and was employed at an Indianapolis hospital. According to a press release from the U.S. Dept. of Justice, Stevens used his employers’ internet connections without their knowledge to distribute images and videos depicting child sex abuse material to others over social media. He also used his tablet to store thousands of photos and videos depicting pre-pubescent children, including infants and toddlers, engaged in sexually explicit conduct. 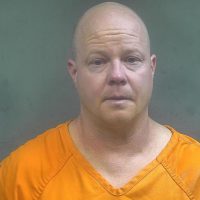 The case was investigated by the FBI’s Violent Crimes Against Children Task Force.

U.S. District Judge Jane Magnus-Stinson imposed the eight-year sentence, also ordering that Stevens be supervised by the U.S. Probation Office for 10 years following his release from federal prison. Stevens was also ordered to pay $12,000 in restitution to each of the minor victims depicted in the photos and videos and must register as a sex offender.

“In fiscal year 2019, the most recent year for which data is available, the Southern District of Indiana was second out of the 94 federal districts in the country for the number of child sexual exploitation cases prosecuted,” according to the press release.

The case was brought as part of a nationwide initiative known as Project Safe Childhood that combats child sexual exploitation and abuse.

According to the release, the initiative “marshals federal, state, and local resources to better locate, apprehend and prosecute individuals who exploit children via the internet, as well as to identify and rescue victims.”

For more about the initiative, visit www.justice.gov/psc.