It seems to be Jill Kelly Howe’s destiny to be cast in the role of Morticia Addams in “The Addams Family.”

After all, the Indianapolis resident’s family owned a funeral home for four generations. 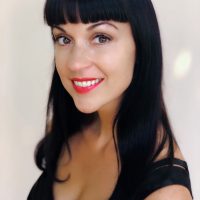 “The Schilb and Sons Funeral Home was started in 1857 by my great-great-grandfather Andrew J. Schilb. He was an embalmer as well,” Howe said. “However, upon his untimely passing, my great-great-grandmother Jemima Margaret Schilb, his wife, got her embalming license and became the first licensed woman embalmer in the United States (on) Oct. 17, 1902. Therefore, she also became the first female mortician in the U.S. Four generations later, my grandmother sold the funeral home to the Dooley family after my grandfather’s death.

“Because of my family history, I think it is humorous and fitting that I have the opportunity to portray Morticia, who has a love of the macabre and is obviously named after the word mortician.”

“I really enjoy exploring what makes her vulnerable and what makes her strong, what brings her joy and what does not,” Howe said. “For example, she abhors bright colors, and she cuts the heads off of roses before putting the stems into a vase to enjoy. She sees the world differently than most. She is always polite, but she’s unafraid to state her opinions. She loves her family fiercely and sees no reason to apologize for her family’s unusual lifestyle. Better yet, she sees it as completely normal.”

Howe said she imagined in the past what it would be like to play the iconic role.

“Most of my life I’ve had long, very dark hair, so people have often referred to me as a ‘Morticia, Wednesday, or Bettie Page-type,’” Howe said.. “Also, not unlike how I would imagine Morticia to feel, I personally would much prefer to watch an episode of ‘Dateline’ than a romantic comedy, so perhaps I am drawn a bit more to the macabre as well.”