You are at:Home»Current in Fishers»Fishers Cover Stories»Taking the ice: Fishers women take the rink to play hockey

When Nancy Little’s daughter, Jessica, was 10, she started playing hockey. Little regularly attended Jessica’s games and one day she thought, “It just looked like way too much fun to pass up.”

Although Little had limited ice skating experience, she laced up her skates and learned how to play hockey. That was 20 years ago. She plays twice a week and competes in occasional tournaments.

The 65-year-old Fishers resident grew up in South Dakota, where she said roller skating was more her thing. She had ice skated a few times but said she was never very good. Today, she is one of only a few women who play in coed hockey leagues in Hamilton County. 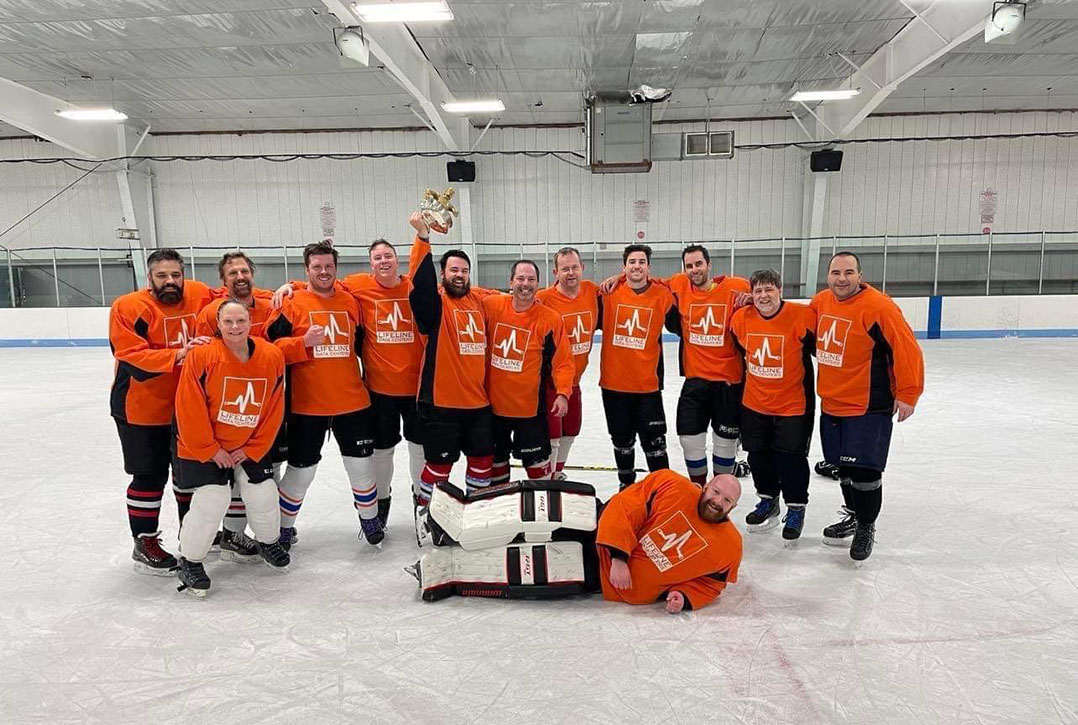 Nancy Little and her team celebrate a win.

Being surrounded by men all the time doesn’t phase, Little, though, and they don’t “play down” to her, which she likes.

“They treat me like another guy on the ice, which is nice because I wouldn’t want them to not do that. I want them to be just as competitive with me as they are with anybody else,” Little said. “So, yes, it’s been a really great experience. Every now and then you do have an issue where men are not quite so welcoming, but I would say 90 to 95 percent (are welcoming.)”

Little plays on Sunday and Wednesday nights at the Carmel Ice Skadium, where there are varying levels of play. Little said she sees more women in the beginners’ level but wishes there would be more in the advanced levels. She also said she wants more women in the hockey leagues and said it has been a good way to continue exercising.

While Little’s daughter is supportive and she still plays hockey with her daughter on occasion, there are other members of her family who think she should stop playing. Little said she is the oldest woman playing in her league, but she has no plans of slowing down. 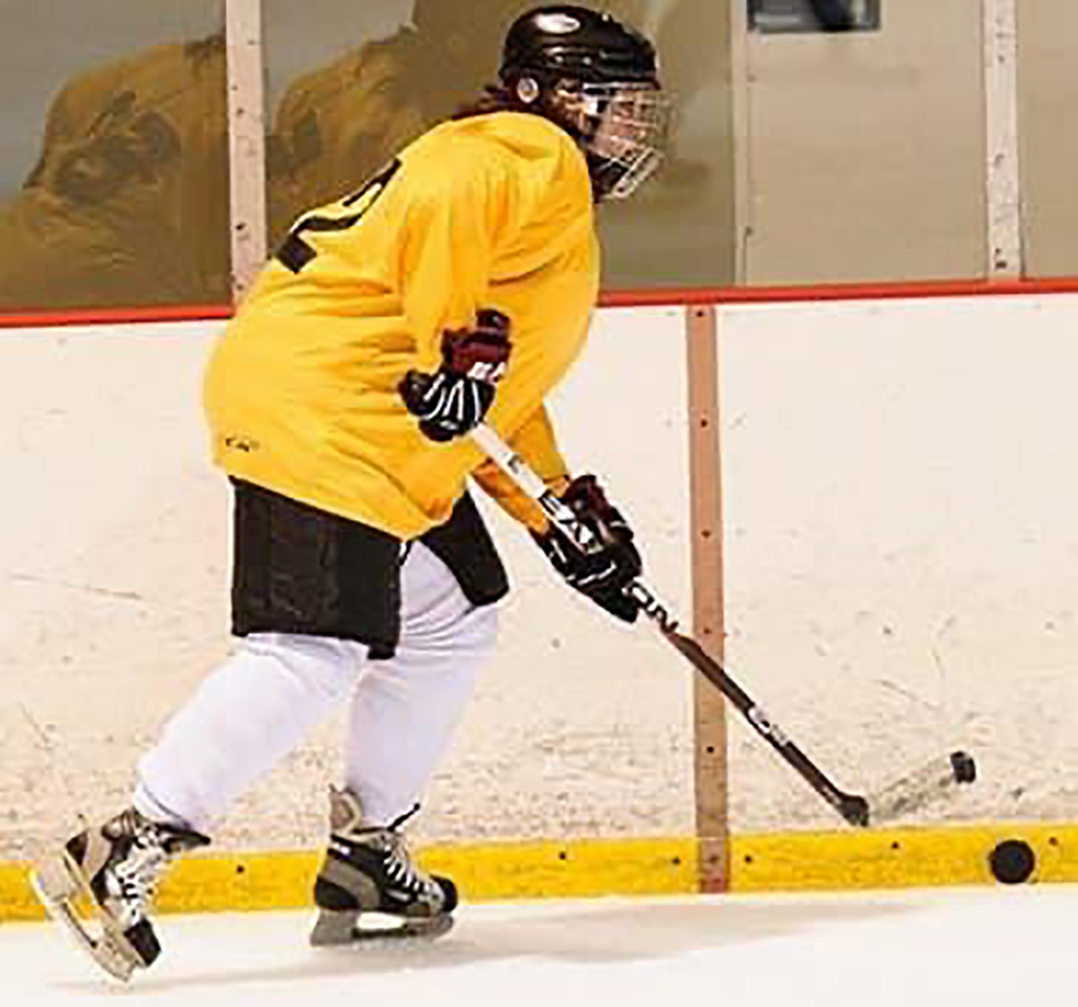 “I have always said I’m going to play until I can’t carry my bag anymore. I’m hoping to play into my 80s,” Little said.

When Little was first learning to play hockey, she ended up coaching her daughter when she was in high school. One of the other girls on that team was Jane Rahke.

A Fishers resident, Rahke first started playing when she was in seventh grade after watching the Disney movie “The Mighty Ducks.” She played throughout childhood and continued playing in a women’s team in Columbus while attending Indiana University.

After graduating from IU, she took an 11-year break from hockey, during which time she moved frequently because her husband was in active-duty military and then she had kids, who are now 8 and 5. Last summer, she decided it was time to take to the ice again.

Rahke plays once a week at the Indy Fuel Tank in Fishers in the adult D league.

While many associate hockey with players being smashed up on the side of the rink, losing teeth and spending time in the penalty box, Rahke and Little say that the games they play in are much less intense. A pro-hockey “shift” or allotted time on the ice is about 45 seconds. Little said her league runs in shifts of two minutes.

“If you’re out there giving it your all on every shift, in two minutes you’re tired,” Little said. “So, yeah, it’s just a sport that takes a lot of strength and mobility and balance, and we play in what is a nonchecking league, but it’s still very physical.”

No matter how aggressive it might get on the ice, both women said the camaraderie keeps them coming back.

“Because it’s kind of a smaller community, hockey’s just not as popular here. So, I think the fact that it’s smaller helps, but honestly, it’s just a really good group of people,” Rahke said. “People might get cranky on the ice or get competitive, but off the ice people get together and hang out after the games. Nobody’s complaining that they lost or they didn’t get enough ice time. They can leave it on the ice and actually get to know each other as people.” 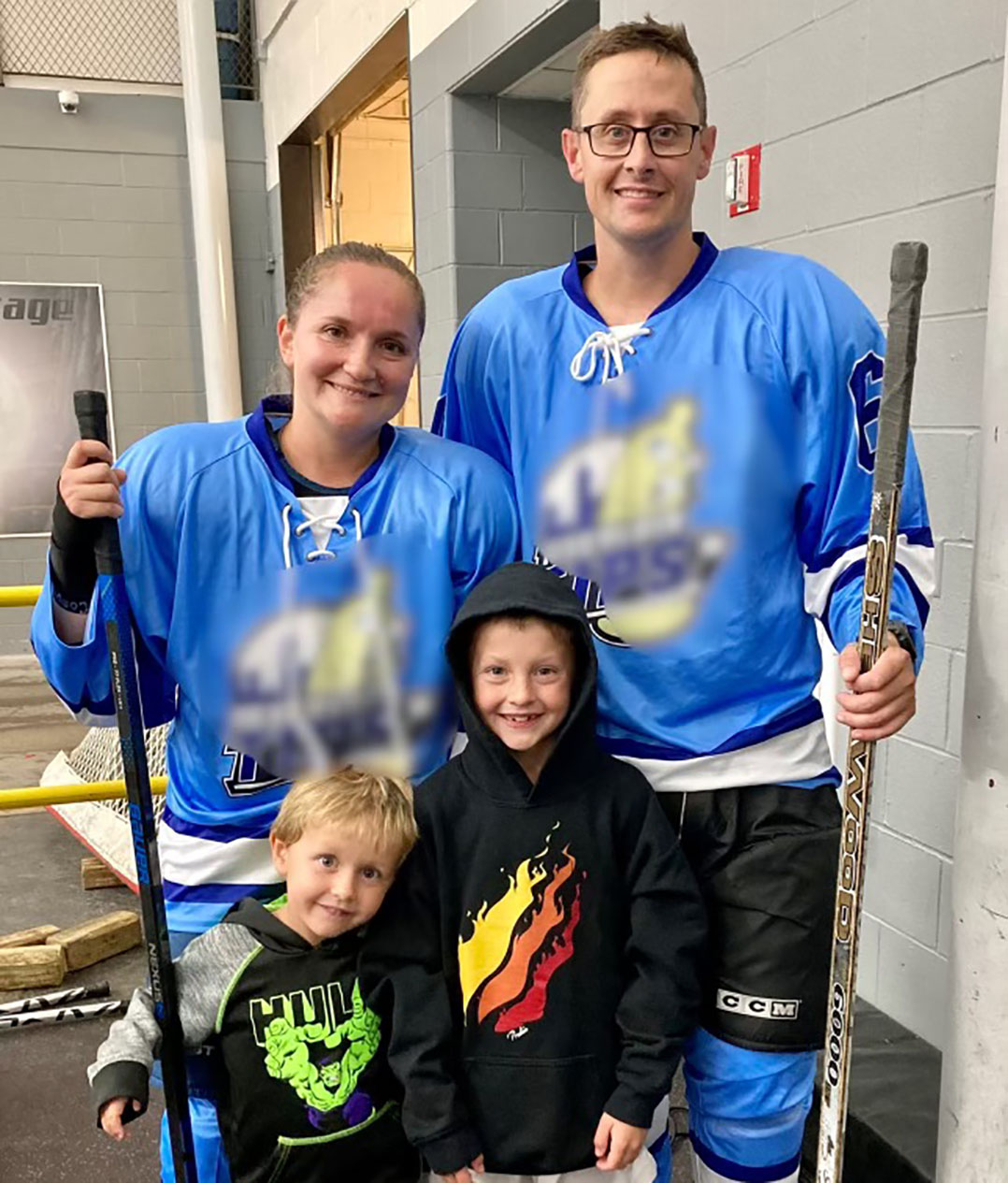 Getting the family involved

While Little still occasionally plays with her daughter, she said she is really excited to see if her four year old grandson, Miles, will get into the sport.

“We still have to hold him but he likes hockey so our fingers crossed he’s gonna come up and the whole family hockey thing,” Little said.

Rahke’s two kids are also getting into hockey as they grow up. Her eight year old, Ivan, had been playing but broke his leg. Now that it’s healed, Rahke said he can’t wait to play hockey. Her youngest, five year old, Nikolai, has said he wants to start playing as well. Rahke’s husband also plays, so she said she is excited for her kids to join her on the ice and make it a “family affair.”